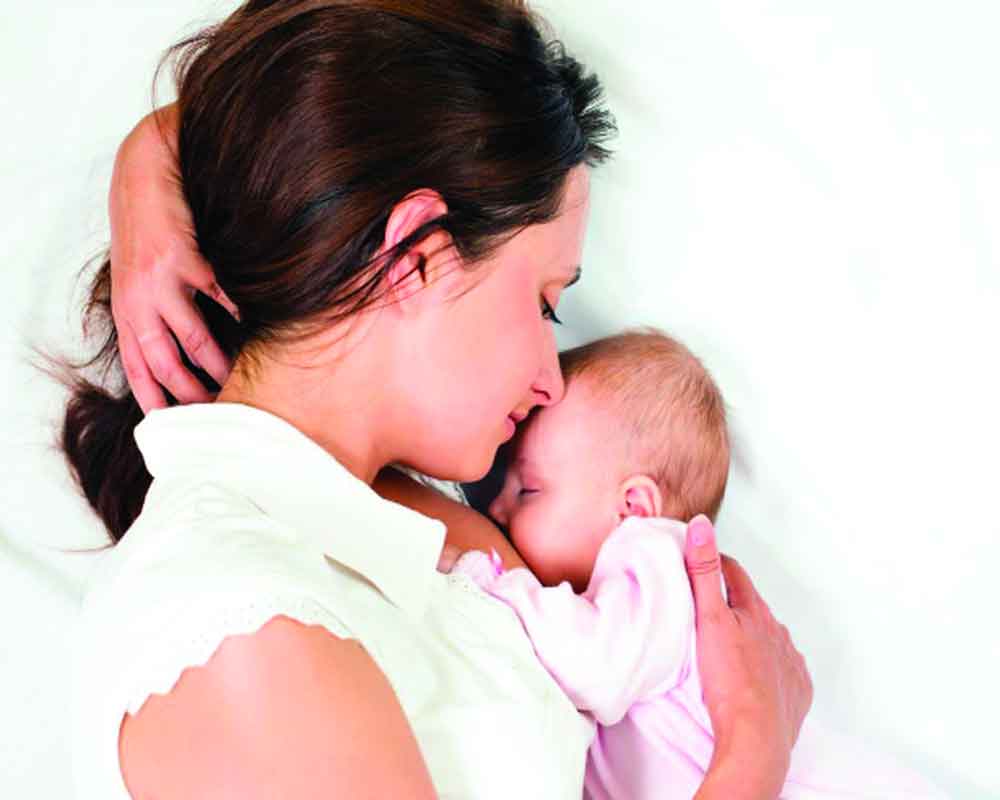 When 45-year-old storyteller and author Aparna Karthikeyan gave birth to her daughter two decades ago, her grandmothers advised her not to rely on breastfeeding alone as a source of food and nutrition for the baby.

“Amul milk was also considered a good source for the Indian middle class then. My grandmothers said that if I was breastfeeding my daughter, I should top it up with bottled Amul formula milk or diluted cow’s milk,” says Karthikeyan. Their argument was that the bottle would allow her to monitor the quantity of milk the baby consumed, whereas the baby might not get enough milk through breastfeeding.

The only person who supported Karthikeyan in her quest to breastfeed was her paediatrician, with whose encouragement she breastfed her daughter for five months and does not regret it. “My daughter never fell sick during breastfeeding. She built up her immunity. And the exercise also helped me bond with her. Weaning off was a challenge because it results in cold, fever and even upsets her stomach,” says Karthikeyan.

Breastfeeding babies for six months is a widely recommended practice. According to The Lancet, the first 1,000 days between conception and a child’s second birthday are crucial for health, nutrition and development of the child.

But for expecting and new mothers, breastfeeding can be a mix of conflicting advices, emotional turmoil and never-ending anxiety about whether the baby is being adequately fed. Moreover, the fact that breastfeeding isn’t easy for many women, and rather a technique that needs to be learned, is often swept under the carpet. The experience differs for various mothers. Take the case of 32-year-old Dr Nandini Hebbar, an academic scholar of gender studies. She has been committed to the idea of breastfeeding even before her son was born. She attended an orientation programme at a Delhi hospital and watched YouTube videos on proper positioning to achieve the correct latch for the baby. And yet, despite all the preparation, she struggled with the experience.

“A couple of days after giving birth to my son and starting to breastfeed, I was terribly sore, bleeding, and struggling. My son was crying inconsolably, looking jaundiced and losing more weight than what was average — all signs that he was not being fed enough. I had to resort to formula milk,” recalls Hebbar.

As she struggled with the dilemma of whether or not to persevere with breastfeeding, Hebbar,  began reading up on the matter and found that “an overwhelming number of women worldwide give up exclusive breastfeeding within days of childbirth for reasons described as insufficient milk, painful and sore nipples or baby refusing the breast.”

Hebbar knew that poor latch and breastfeeding technique was the root cause of not being able to feed the baby, causing distress to both mother and infant. She was simultaneously aware that exclusively breastfeeding for six months reduces the rate of infant mortality and is linked to lower rates of chronic diseases such as diabetes and improves neurocognitive development. The mother would also benefit through lowered risks of breast and ovarian cancer, osteoporosis and heart disease.

There was no dearth of advice from family for Hebbar. While elders suggested her to feed sugar water and dilluted cow milk to the baby, others encouraged her to continue breastfeeding. “My family knew my problems but did not know how to help me. My gynaecologist suggested over the counter nipple butter. But even that didn’t help,” she says. Then Hebbar turned to a private lactation consultant who taught her to position herself and to ensure that the baby was fed well. After this she managed to exclusively breastfeed her son for six months.

Art critic and journalist Blessy Augustine too sought advice from a lactation consultant two weeks after her daughter’s birth. “My nipples were very sensitive and my daughter would keep biting hard causing them to bleed. She would cry for hours because she was hungry and had lost weight too.”

The lactation consultant advised her that it was more important that the baby gets milk in general, opposed to its variety. Augustine realised that a mix of breastfeeding and bottle feed worked best. “Once I switched to bottle feeding, my daughter was calmer and I was able to breastfeed her better. I think the conclusion of the advice was that you have to see what works best for you and the baby,” she says.

For 31-year-old Shrutika Bhat, an IT professional and mother to a five-month-old, breastfeeding was difficult only for the first two or three days when the baby was not latching on. But things smoothened soon. She doesn’t feel that there are major differences in practices or mind-sets about breastfeeding across generations. “Old is gold”, she says, with regard to the advice she received on breastfeeding by older members of the family who encouraged her to breastfeed.

Though breastfeeding is wholly considered a woman’s and a mother’s job, but the wider community plays a crucial role in providing a supportive and enabling environment. Augustine says, “I think I would have done better if people around me were not stressing me out so much about it.”

Workplaces also need to chip in with support for both mother and father. “If my spouse had a longer paternity leave, that would have really helped. He just had five days off,” she says.

However, exclusive breastfeeding is not available to all women, except for those who are financially well-off to avail paid maternity leave, lactation consultants and internet access. But this does not apply to vast swathes of women across India. For example, the 2017 Act that enables paid maternity leave is only applicable to commercial establishments that employ 10 or more people.

A vast number of women (over 90 per cent as per estimates) work in the unorganised or informal sector and are not covered under the law. And the entitlements provided by laws which cover women in the unorganised sector are insufficient. For example, under the National Food Security Act and accompanying Pradhan Mantri Matru Vandana Yojana, `6,000 needs to be given to every expecting and new mother for the nutritional needs of both mother and child. A report by Down to Earth showed that there were many cases where women did not receive any money. Hence, the policy has failed to include the needs of poor women and the ones engaged in casual employment in the unorganised sector. These women then have to look for alternatives.

“Take the case of female farmers,” says Karthikeyan, who writes about rural livelihoods in Tamil Nadu. “It is hardly possible for them to take their babies along with them to the fields. They try to breastfeed as much as possible but it isn’t as often or regular as they would like to. Before six months, they give them food like ragi porridge in Tamil Nadu and banana mash in Kerala. This is to offset the dependence on the mother for milk,” adds she.

Breastfeeding babies is important for both mother and child but there are various challenges that still need attention from the government, lawmakers and the wider community including family, workplace and medical practitioners to ensure they lead a healthy life.