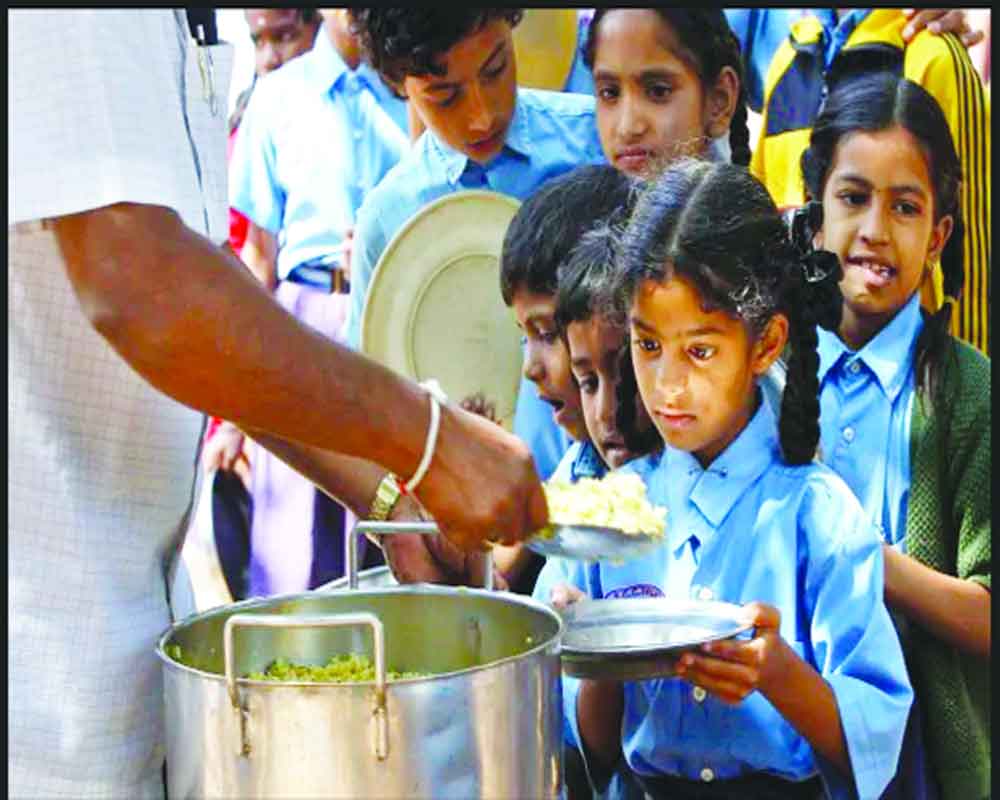 Ravindra Chhagan Chaudhary, 29, lives with his two children in a joint family in Toranmal Dhadgaon, Nandurbar. He has worked extensively in his area to fight against malnutrition. After completing his SSC Board exams, he started assisting other villagers’ in everyday governance.

Toranmal is an area whose primary residents are Adivasis. The number of malnourished children is staggering despite UNICEF, Shabari, CORO and a number of organisations having joined hands to end the problem which continued to persist.

Ravindra was an avid reader since childhood. It helped him to understand the social realities around him better. He developed a social conscience and was acutely distressed about the issues around him. The chronic malnutrition in Nandurbar troubled him even more when a close relative’s daughter was diagnosed with it. No one around him even knew the word at the time. With the help of the local Primary Health Centre and Anganwadi workers, he tried to decode this word and, also, resolve the issue. Ravindra resolved to create a generation of adivasis who were not only aware of malnutrition, but also free from it. At about the same time, Shabari Foundation was working to boost the levels of nutrition in the village. Ravindra joined hands with their effort and this was the beginning of a decade and a half long fight for children’s nutritional rights in his village.

Ravindra’s work and the issues in Toranmal

Ravindra procured a list of all the malnourished children in the village with the help of Anganwadi sevikas. Most of the children in his neighbourhood weren’t even registered in the local Anganwadi. He visited every house which had a malnourished child. He started peer counseling and told every family about malnourishment and its grave effects. He realised that nourishment was intrinsically related to other social realities in the village as well. Early marriage and pregnancy, toiling day and night for earning a decent livelihood, delay in breastfeeding children due to erratic work hours, lack of appropriate nourishment, were the chronic and interlinked reasons for the malnourishment. Over a time, he slowly started exploring ideas of nourishment and nutrition from the Anganwadi sevikas.

To break this cycle, with the help of his peer circle, he started opposing child marriage in his area. When they went together and in large numbers, most houses were willing to listen and started coming on board. Together, they started keeping a vigilant eye on every child born in the area. Their weight, food intake and the frequency of breastfeeding were strictly monitored through peer counseling and home visits. Another area of focus was the mother’s nutritional intake, cleanliness and breastfeeding practices. In this manner, every child’s growth and progress was monitored and the community also felt involved in the solution.

Every three months, Ravindra addresses at least a hundred houses. Ravindra and his group counselled families who migrated for work and requested them to not to take their child along. He insisted that this was a question of the child’s rights.

Impact of his work

Ravindra’s work inspired the youth around him. Some of them started this work from their own families. Since children were the focus, they also took up other child rights-related issues with the help of the Gram Panchayat. They’ve had to continually face the resistance from blind-faith and ignorant mindsets, but they persisted working for child rights without losing hope or conviction. Most children whose families were counselled by Ravindra have been declared malnutrition-free. Now, he’s turned his attention towards the neighbouring villages. Seeing the students now, one can easily see hope and aspiration in the community.

Ravindra wants to start and organisation in collaboration with the local youth and get it registered. This would focus extensively on children’s rights. Going beyond peer counseling, they now want to create decent and dignified livelihood opportunities in Nandurbar itself. They’re hoping livelihood would address both economic and social realities which form the root cause of malnutrition in the area. They want to make Toranmal a self-reliant village, leveraging the experience they’ve gathered from working with different organisations over the years.

Ravindra is firmly convinced that each one of us needs to work hand in hand to end malnutrition. Only then will our future generations and our nation will have able and strong-willed citizens.

His efforts have significantly reduced malnutrition in Toranmal and have paved the way for creating a healthier future. His work is inspirational as it creates a possibility for a healthier, happier life for children in his area.