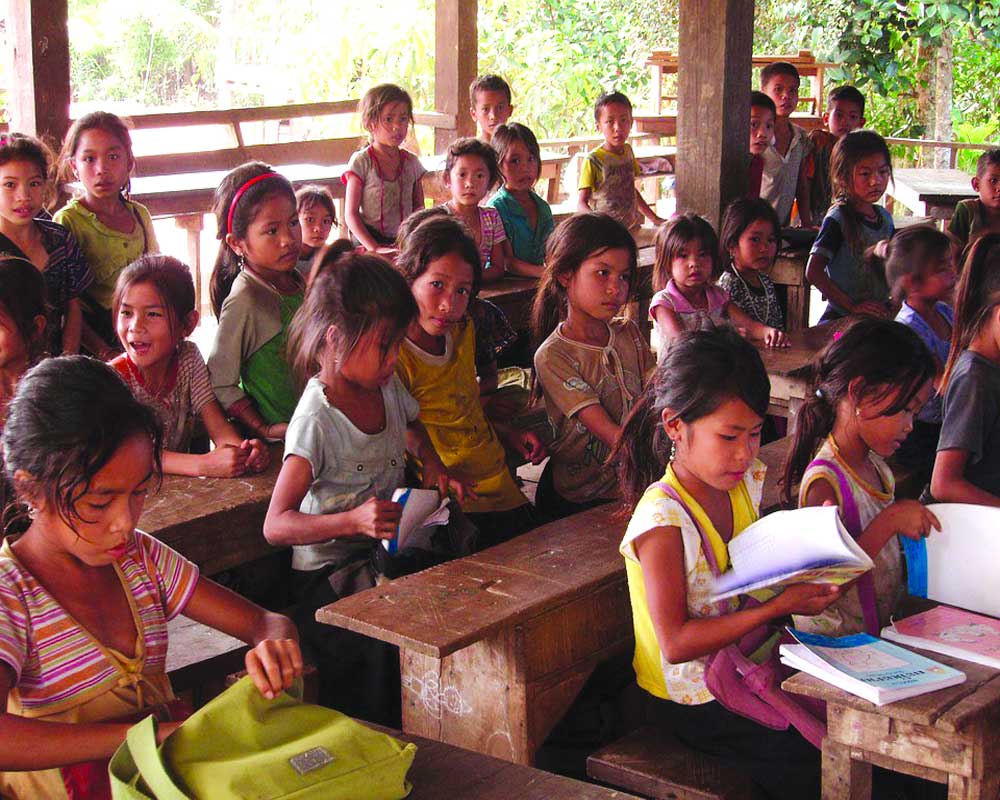 While women of Poonch in Jammu have been fighting for their basic right to education, will the New Education Policy be a game changer for them, questions Yousuf Jameel

Barack Obama once said, “You know, we’re in a sports centre. Imagine if you have a team and you don’t let half of the team play. That makes no sense. Isn’t it?” Similarly, the communities that don’t give their daughters the same opportunities as their sons, they are most likely to lag behind. No country can ever truly flourish if it stifles the potential of its women and deprives itself of the contributions of half of its citizens. Well, the mere reason could be the saying — if you educate a man, you educate an individual. But if you educate a woman, you educate a nation.

Even though India is emerging as a superpower, educating girls still continues to be a problem in various parts of the country. Right from being born as a girl, poor sanitation, lack of funding, early marriages to living in war zones and border tensions, there are innumerable reasons for a girl child being deprived of their basic right to education. However, despite all these barriers, there are a few examples of student activists, who chose to put all the difficulties behind them in order to move towards the path of success.

One such great example can be of a young Pakistani education advocate, Malala Yousafzai, who began speaking out for girls’ education at the age of 11 in her native Pakistan. After surviving an assassination attempt by the Taliban in 2012, she co-founded the Malala Fund along with her father Ziauddin to champion every girl’s right to 12 years of free, safe and quality education.

Asiya Firdous of Chitral village in Mendhar Tehsil of Poonch district, Jammu and Kashmir, is among other few examples of our country, who chose to fight against all odds to brighten her future. Where, even today, families are skeptical about giving birth to a girl, she dared to dream of achieving a higher position. “I didn’t know that the path of my educational life would be full of thorns,” she said.

After completing her school, there was no easy way for Asiya to complete her higher education but she remained dedicated. “I passed the Class XII examination from the school in my village. After that, when I decided to further continue my academics, it was very unlikely to get permission from my family. But somehow, I still managed to convince them. After enrolling myself in college, life was still nowhere close to being trouble-free. I had to wait for long hours in order to get a proper mode of conveyance. Then, the majority on the bus usually consisted of men. They used to look at me with contempt. In spite of facing every kind of harassment on a daily basis, I continued my education,” she shared.

We might attribute the lack of girls’ education in India to the male-dominated society. Although the country is making progress, the belief that women belong in their homes is still widely clenched. Undoubtedly, Asiya’s educational journey was quite a challenge but she was a firm girl, who was committed to achieve something big in her life. She knew the value of education and was ready to fight despite the setbacks prevailing in the society.

“While I was on the verge of completing my graduation, another wall stood in front of me in the form of marriage. I still wanted to pursue my post-graduation degree but my family got me married. In not-so-developed areas, parents usually see their girls as more valuable to the family as workers and caretakers. Since the responsibilities often increase after marriage, I, now, began to imagine that I would not be able to complete my education like other girls. The Government Degree College in Poonch only offers undergraduate courses. So for completing my further studies, I had to either commute to Rajouri or Jammu,” said Asiya.

She almost thought that she would have to sacrifice her career because of added duties but all thanks to her in-laws, who very well understood the importance of education. “Today, I am pursuing my MA in Urdu at Baba Ghulam Shah Badshah University, Rajouri. I am also blessed with two children. I just hope that my hard work pays off,” she said and added that many of the evils that thrive in our society affect girls’ education, which is why they have to give up on their basic right. But remember, success comes to those who are willing to invest in their future without any excuses.”

It is unfortunate that Poonch district has long been neglected by the leaders. Millions of girls are being deprived of education because they are exploited, discriminated against or simply ignored. Like Asiya, there are many girls from different areas of Poonch, who have their stories of struggle and success to share but their stories, like their villages, are tucked away in the mighty mountains.

Now the question is — can the new education policy be a game changer for such locations and the girls living there, who are denied even the basic right to education? Let’s hope for the best.

(This article is written under the Sanjay Ghosh Media Fellowship.)