Break the cycle of abuse

Break the cycle of abuse 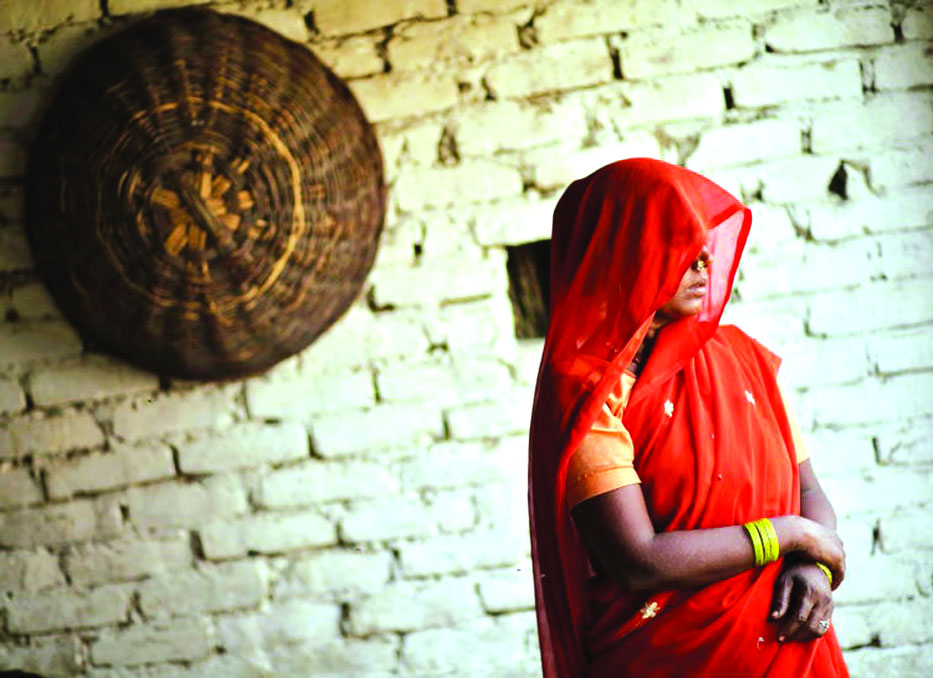 India saw a sharp escalation in the cases of violence against women during the lockdown. Rama Sharma reports that the situation is worse in remote areas as women neither have information regarding their rights nor have access to necessary resources

Last week on November 25, people from across the world protested violence and abuse against women on International Day for Elimination of Violence against Women. In the context of the ongoing pandemic, a United Nations report suggests that all types of violence against women and girls, particularly domestic, has intensified. Several women’s rights organisations across the world are demanding their respective governments to take effective measures to safeguard young girls and women caught in the cycle of violence.

Considered to be the ‘Shadow Pandemic’, growing amid the COVID-19 crisis, the UN has stated that to stop the same, global collective efforts are needed. “As COVID-19 cases continue to strain health services, essential services such as domestic violence shelters and helplines have reached capacity. More needs to be done to prioritise addressing violence against women in COVID-19 response and recovery efforts,” highlighted the report published by the UN.

India, which reported a 7.3 per cent increase in rape cases from 2018 to 2019 as per the National Crimes Record Bureau, saw sharp escalation in incidences of violence against women during the nationwide lockdown implemented to contain the spread of virus. As per different news reports, the National Commission of Women (NCW) received 13,410 complaints of crimes against women between March-September 2020, of which 4,350 were domestic violence. Complaints peaked in the March-May period with 1/3rd of them being filed in these three months alone. The situation was worse in rural and remote areas.

From Rajasthan’s Chaksu municipality, located 40 kilometres from Jaipur district, many women shared their ordeals with the writer confirming the statistics. “My husband has posed his own lockdown on us. He doesn’t allow either me or our children to step out of the house and fights if we ask him for financial support. He is strictly against the idea of letting me work outside the house,” shared Sujata Sharma. Seemvati Swami, another woman from Tonk district, shared how her husband indulges into physical violence under the influence of alcohol and wouldn’t allow her to speak to anyone.

Rajasthan reported a surge of over 100 per cent in crime cases against women in May as compared to the beginning of the year when the average jump was around 25 per cent. The total number of cases registered under various categories of crime against women in April were 879 which increased to 1,960 in May this year.

A 40-year-old woman, who got stuck for 30-days in Sawai Madhopur district during the lockdown, decided to walk her way to return to Jaipur. En route, she entered Barrakhandi village and stayed at a government school-turned-quarantine centre by the local head constable, where she was later gang raped by three men who were the residents of a nearby village.

“It is beyond my comprehension as to why the administration allowed a woman to be alone in an isolated quarantine facility. Despite increased presence of police everywhere during the lockdown, the crimes against women increased rapidly,” rued Manisha Kukkar who is associated with a non-government women’s organization in Rajasthan.

As per Kavita Srivastav, a social activist working in Rajasthan, cases that are reported to police or to women commissions represent only the tip of the iceberg. There are several cases which go unreported, especially from remote areas where women neither have information regarding their rights nor have access to the resources. “As civil society organisations, we have collectively organised many campaigns to end sexual and physical violence against women in the state. To achieve this, the role of police and administration is crucial,” said Kavita.

Besides concerned authorities, many non-profit organisations had intervened in the situation by providing online counselling to women impacted by the situation. However, women who have absolutely no information about how to access such platforms remain invisible and vulnerable. The systemic violence against women that is promoted by the basic structure of our patriarchal society is the main reason why violence against women increases even in situations which require humans to be extra sensitive. Blaming it on alcohol, household chores and other reasons is one thing but addressing the root cause of the problem is the need of the hour. The ongoing ‘16 Days of Activism’ against Gender-Based Violence (GVB) campaign, which is part of the International Day for Elimination of Violence against Women and will end on December 10, is exactly an opportunity to rethink our strategies and actions for a more equitable future.