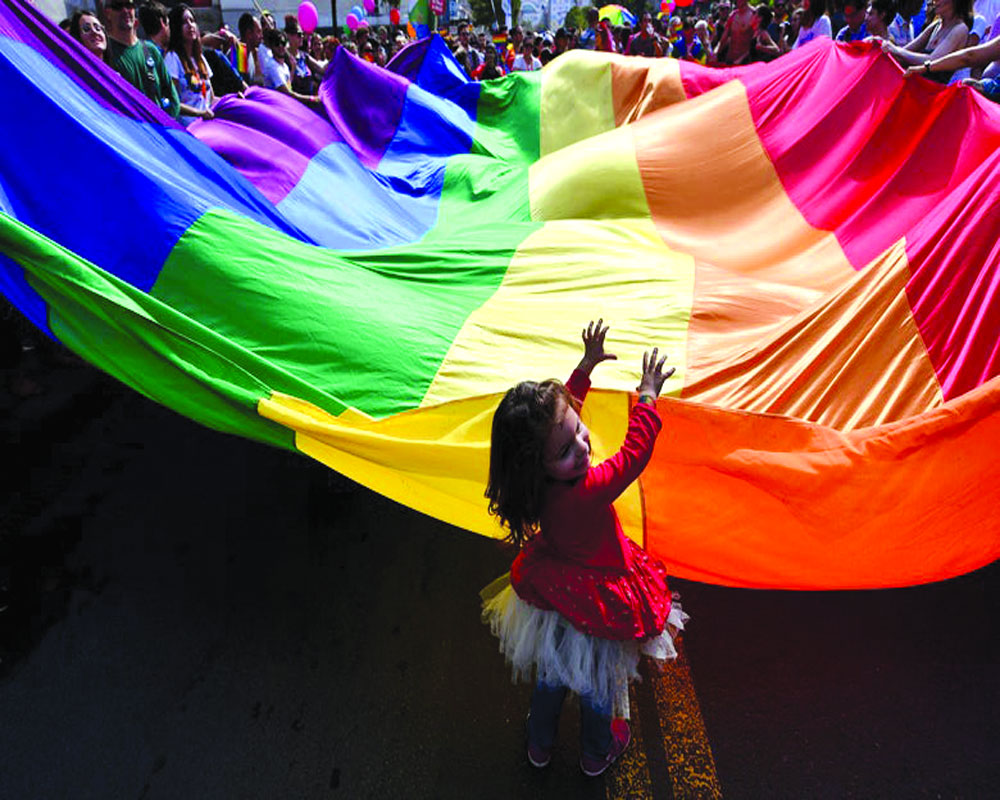 The struggle of the LGBTQ+ people, especially children, needs more attention from the world to bring an effective change, says Rucha Satoor

Joe Biden, the newly elected President of the USA had vowed to enact the Equality Act in his first 100 days of commencing the office. The said Act would provide consistent and explicit non-discrimination protection for LGBTQ+ people across key areas of life, including employment, housing, credit, federally funded programmes and jury service. In India, after decriminalising homosexuality in 2018, the legality of same-sex marriage is now being raised in our courts. The LGBTQ+ rights across the world are slowly being recognised. However, the struggle of the LGBTQ+ people, especially children, needs more attention from the world to bring an effective change.

In this regard, Raj Jaiswal, a 17-year-old, was interviewed over the phone because of COVID-19. When asked if they are comfortable sharing their story, a determined, mature and assertive voice from the other end of the phone said, “My story needs to be heard, so that the society starts growing out of its boxed mentality.”

Raj lives in Mumbai’s Goregaon and belongs to a low-income family. While his mother is a homemaker, their father works for a food delivery application. With three younger siblings who are still in school, Raj is the eldest. Financially, things are stretched at home and the family struggles to make ends meet.

While sharing his story, Raj said, “When I was younger, being myself was much easier. When I turned eight, my parents could tell that I was behaving ‘like a girl’. I liked dressing up, which they didn’t like. My relationship with my parents got strained once they started fitting me into boxes. For them, their eldest son wasn’t being ‘normal’. Things slipped out of hands with frequent fights. Quite early in life, I’d realised that a soul cannot be changed.”

He faced frequent bullying by their peers and violence at home as they did not fit into the gender binary. Burdened with questions about why he was considered ‘different’ as a child, he chose to live a life of dignity and self-acceptance very young. “I realised that I need to stand up for myself as only then can I have a dialogue with society about changing their minds,” he said.

In 2019, a Child Rights organisation called PratYek invited him and several other children for a session. “I learnt about what child rights are, what is their history. I used to meet a didi who was a counselor and she listened to all my concerns patiently. She helped me get familiar with the term “LGBTQ+” and I realised this wasn’t my “problem.” It is the society that needs to change! But rights do come with responsibilities, so I decided to take the conversation around queer rights to my community, where people are not even educated,” explained Raj.

Today, he is a part of Young Advocates for Social Harmony (YASH), a community-based initiative of PratYek’s which is led by children. By giving them a common platform, the programme cultivates active citizens of today while supplementing their educational and developmental rights. They organise sessions on understanding gender for other children and adults in the community. Raj is also an active member of International forum for Child Rights and motivates children in the community to participate in child-led advocacy and campaigns.

“Haq hain, ladhna hain, ladhna hain,” said Raj with determination in an otherwise composed voice. “As young adults, we’re fighting for ensuring that nine per cent of the country’s budget is allotted for children’s needs.” Today, he is leading the fight for ending violence against children.

Preethi Mutha, the programme manager for organisation’s Maharashtra office, shared, “Even after facing difficulties, I admire how Raj continues to have conversation in a community where no one is familiar with what being a member of LGBTQ+ community means for a child. Sharing small houses with siblings and parents doesn’t allow you any privacy or a safe space that other children growing up in middle class households have. It’s difficult. Yet, he continues to have difficult conversations with neighbours, teachers and friends.”

He has found a larger support system in his friends who are also a part of the YASH programme.

Once his mother had a conversation with Raj’s friends about his behavior. She asked them to tell him to act normally. The friends, in turn, asked his mother to really start accepting her child. “In the transgender community, there is no caste, religion or gender. It is a space to be yourself,” believes Raj.

COVID-19 has posed several challenges for seeking education and Raj is currently looking for part-time employment to supplement their family’s income.