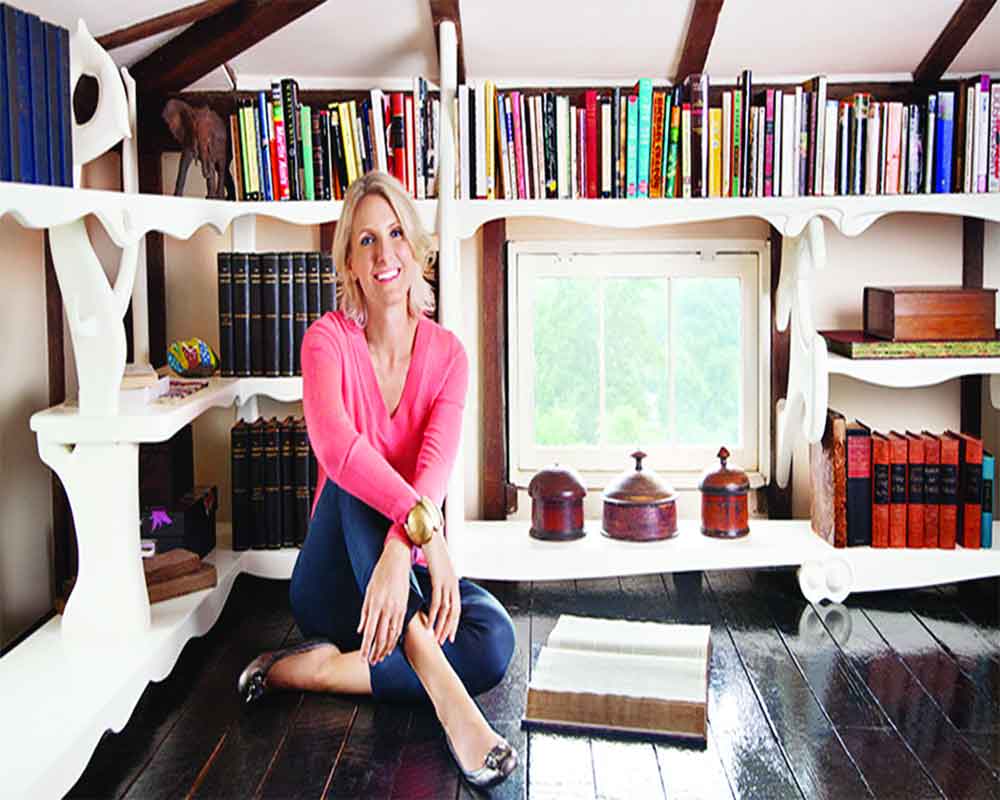 Elizabeth Gilbert hit big time with her quest Eat Pray Love, which continues to inspire women all over the world 14 years after it hit the stands. The author, who is attending the Jaipur Literature Festival this year, tells Saimi Sattar what makes the book resonate even now

Eat Pray Love is a one of a kind book. How difficult was laying your life bare in front of people that you didn’t even know? Or maybe, more so, those who supposedly knew you?

I’m not a particularly private person (I suppose that’s obvious by now) so it actually wasn’t difficult for me. As I get older, I feel that I am even less concerned with privacy, for this reason: Whenever I reveal something painful or difficult about my own life, I hear echoes back from thousands upon thousands of women saying, “Me, too! Thank you for saying that out loud.” I’m not concerned about sharing my hopes and fears anymore because they seem to be identical to the hopes and fears of everyone else. And I think anything we can do to share our struggles helps everyone. As for Eat Pray Love, my only concern was protecting the privacy of other people in the book who might not be as open with their lives as I am. I was achingly careful not to expose anyone in a way that they would not be comfortable with. I’m always much more careful and respectful of other people’s private lives than I am of my own.

Would you say writing the book was therapeutic?

Absolutely. I would go even further and say that writing it saved my life.

The book spent a record 199 weeks on “New York Times Best Seller list”. Did you anticipate its success?

Not for a minute. In fact, I thought I was taking a huge creative risk by writing Eat Pray Love and that perhaps I was even committing career suicide. Up until that point in my life, I was known as a writer who wrote for herself, and about men. I was a journalist at GQ magazine, and my first books had been about very masculine worlds. To quit my excellent and very macho journalism job and go on a spiritual journey to write about a woman’s interior life...well, that just felt like it would cost me my entire career. (Happily I was wrong about that.)

While writing, who did you think would be your readers?

My best female friends, who all seemed to be struggling with the same questions that I was facing at the age 30: Should we be married or not? Should we have children or not? Is there a larger purpose to our life? Is it more important to be free or to be secure? Essentially, I took the conversations we’d had for years over many bottles of wine and brought those questions to the page.

Some critics said that Eat Pray Love peddled Eastern exotica? And others said it was pre-lit.

I’ve never heard the word “pre-lit” before, but without even understanding the term, I suppose we have to consider the possibility that both criticisms are valid and quite possibly absolutely true and that many more criticisms of the book are valid, besides these. Certainly in the last decade and a half since Eat Pray Love was written, conversations about cultural appropriation have changed, deepened and intensified. My own values have changed along with the culture. I was not nearly as aware of the dangers of “peddling Eastern exotica” as I would be if I were writing the book today. To be honest, I’m quite certain that I would not write the same book today or at least not with the same blithe self-confidence about being a spiritual tourist in other people’s cultures. That said, I’m moved by the sheer number of women from disparate cultures all over the world, who claim that they were inspired by Eat Pray Love to change their lives. I still get messages from women every day, from every corner of the planet, who say that they were encouraged to leave destructive relationships, take risks and set out alone in the world because they read that book — imperfect as it is. For that, I’m grateful and humbled. The bottom line is this: The book exists as it is and as a snapshot of a particular moment in time, written from a particular worldview. I welcome the criticism, as part of an ongoing cultural conversation about privilege and about who is allowed to tell what stories, and when, and how. This is a conversation which we all deeply need to keep having and it’s important for writers like me to listen to that criticism without defensiveness, fragility or reactivity. In the end, we can only leave it to readers to decide for themselves how they feel about my story. It will be interesting to see how their own feelings might change over time.

How closely were you associated with the film? And what did you think of it?

I love the film, but I wasn’t closely involved with its production. I’d had some experience with Hollywood in the past, and I had learned this lesson: The best place for a writer to be during the adaptation of her book is very far away. I felt it was important to give Ryan Murphy (the director) and actor Julia Roberts all the space in the world in which to create their own vision for the film, without my interference. This was a gesture of respect on my part. It’s hard enough making a film without an anxious writer peering over your shoulder saying, “I would never have worn that dress.” The other benefit to my hands-off approach was that I could watch the film with fresh eyes, and that was an absolute delight.

It was during the writing of City of Girls that you lost your partner, Elias. How difficult was completing it?

After my partner Rayya Elias died, I threw myself into writing City of Girls. I needed the escape and I was so grateful that I had a huge project to do, to take my mind off my loss. Creativity has always been the place where I go to heal and so writing the novel was incredibly nourishing for me. It was especially important for me to write something that had nothing to do with Rayya or with cancer or with tragic death. I wanted to write something fun, light and life-affirming to help bring myself back into the light.

The novel is set in 1940s. What kind of research went into it?

I spent four years researching everything I could discover about the New York City theatre world in the 1940s. Fortunately, this was not a sacrifice. It was a fascinating time in history and I loved vanishing into that long-lost, glamorous moment. The best part was getting to interview women in their 90s (or even their hundreds) who had been actors, dancers, songwriters, costume-directors during that time. I feel so blessed that I got to meet so many of these amazing women at the tail end of their lives and to incorporate their stories into mine. And the best part of meeting them was hearing their stories about their sexual and romantic escapades — some of which were quite shockingly wild. Every generation thinks they invented sex and that the past was a more innocent time, but talking to these free-spirited nonagenarians proved otherwise...

How did your growing up years influence your writing?

I was raised in a family without a lot of luxuries — puritan, almost, in the starkness. I grew up on a farm where only one room was heated in the winter, where we didn’t have a television, where we raised our own animals and grew our own food. There were no other children nearby and so my sister and I, both, had to rely on our imagination in order to create games and worlds that we escaped to together. It is no accident that we both became novelists. Creativity was our religion and salvation.

Which authors have influenced you?

Charles Dickens was basically my nursemaid, I learned so much from him.

What does the future of the written word look like since we are swamped by digital entertainment?

What is the relevance of literature festivals like the JLF?

I see them as family reunions, bright lights in the midst of the darkness and a pure delight to be invited to.