Faith on your sleeve

Faith on your sleeve 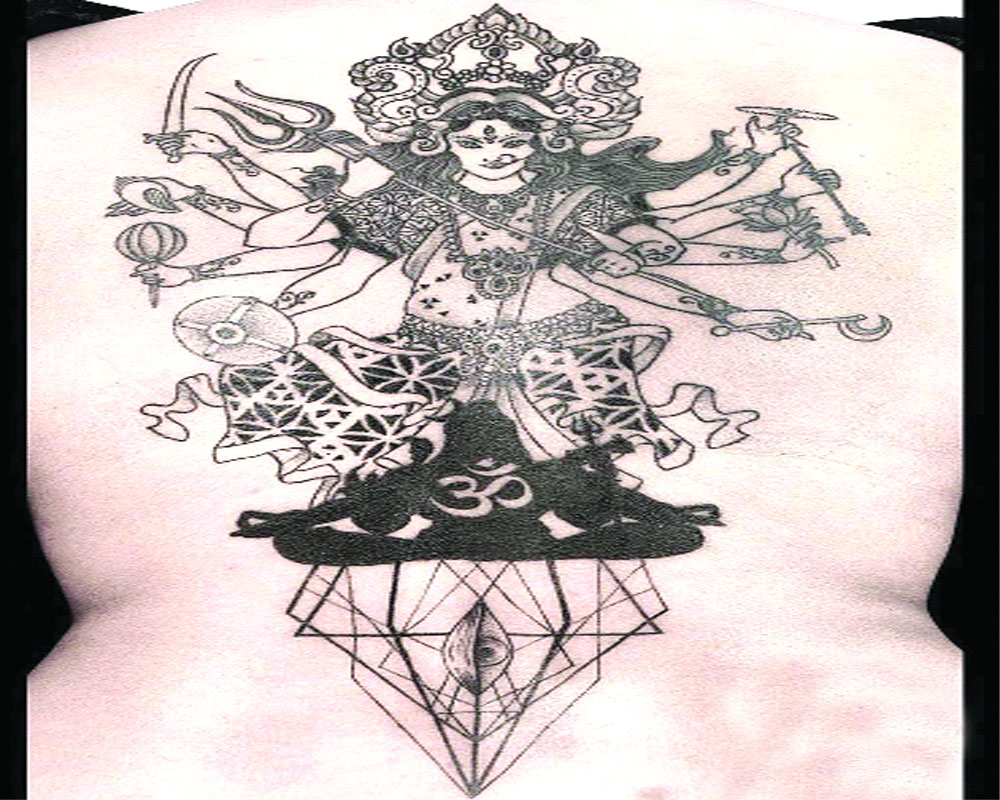 Millennials are embracing religious and spiritual tattoos like that of Maa Durga and lord Ram. By Team Viva

During these challenging and unprecedented times, we have seen a lot many drastic changes and have tried to adapt to a new normal. However, thankfully some things never change like the festive cheer. The raging COVID-19 pandemic has not deterred the tattoo enthusiasts from keeping up their excitement, especially during the festive season as it brings positivity and spirituality.

Getting inked is truly a form of self-expression and tattoos during Indian festivities are gaining increased popularity these days. Men and women are keen on getting the ones that signify the importance of their tradition with a combination of ideas that are an extension of their personality. Believe it or not but religions and tattoos have a long history together. The carvings on prehistoric rocks were copied by tribal communities on their bodies. The process is known as gudna (burying the needle in Hindi). They flaunted the markings as jewellery — the kind which no one could take away from them even if they lose everything. Some people choose religious tattoos to represent their own beliefs and others choose symbols they like without paying attention to their meanings. This year, despite the pandemic, millennials are showing their love for artwork to display their idea of power and spreading the message of good over evil by getting religious tattoos.

Veteran tattoo artist, Lokesh Verma, founder of Devilz Tattooz, shares, “Despite the pandemic, the loyal art lovers are coming to get inked this Navratri. There is always a rise among women to get inked during Navratri. They do it as a form of flaunting the body art and spreading the message of equality and women empowerment to the society by getting tattoos of goddess Kali and Durga which represent power, harmony and strength. Religious tattoos are a symbol of faith and good luck for many to stay positive and believing that the lord is close protecting them from the every kind of evil.”

People seem to have moved past butterflies and barbed wire designs. They have started being experimental. Getting inked is now being recognised as an art form. The trends such as realistic portraiture, nature-inspired designs are being explored. However, notably, millennials are increasingly wearing their faith on their sleeves. It’s a modern way for them to reflect their religion or beliefs.

Artistes are getting plenty of requests for hyper masculine renditions of Shiva, fierce mother goddesses and other deities.

Celebrity tattoo artist, Vikas Malani, founder of BodyCanvas Tattoos, says, “While the women have been getting tattoos that are inspired by or directly related to Maa Durga and goddess Kali, the men are choosing bigger designs that depict the story of the Ramayana or the victory of good over evil. The most relatable tattoos are those of Maa Durga, lord Ram, the symbolic representation of the trident or Trishul, the lotus flower as a symbol of purity and enlightenment amid ignorance, and the tiger/lion tattoos that signify power and strength.”

International artist, Micky Malani, co-owner of BodyCanvas Tattoos tells us that a lot of people get tattoos to represent things in their life that are significant. “Mythological tattoos have been elating the masses since forever, and this year is no different. Many women come to us and even ask for tattoos of yantras, mandalas and chakras. While some get coloured ones, others prefer black and grey ones as they don’t require the same amount of shading and layers that coloured tattoos do,” says he.