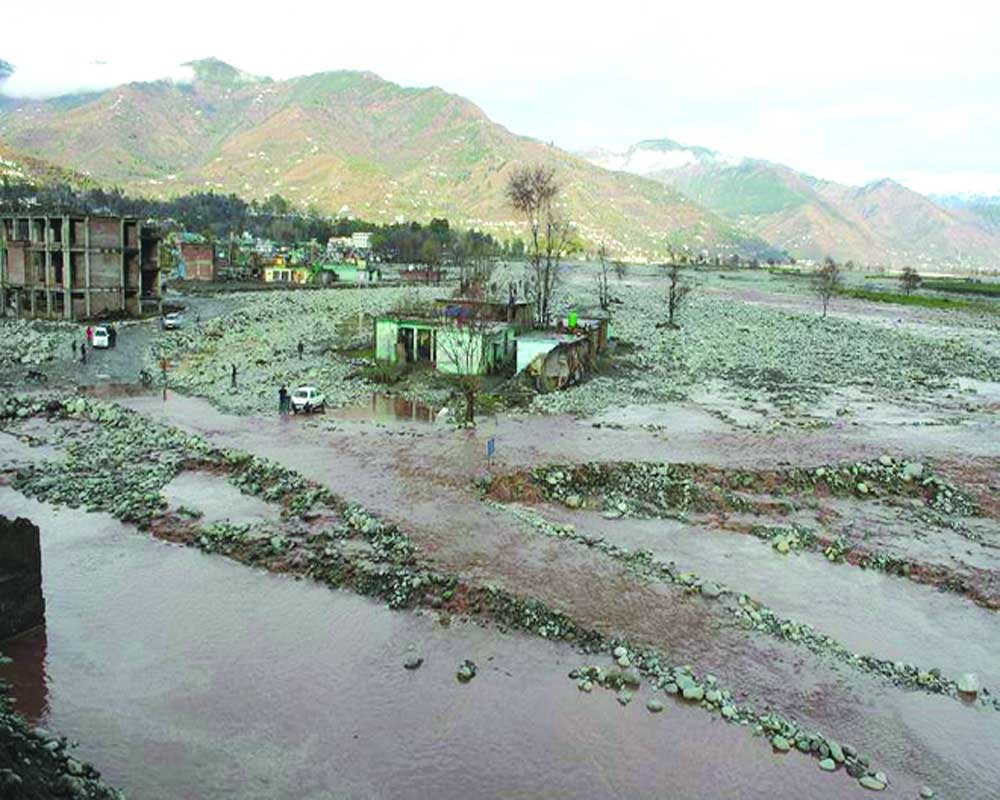 It is rightly said for Jammu and Kashmir that it has always been more than just a mere place. The state, now UT, breathes within its locals and visitors alike with a pulse that they can sense, a heartbeat that they can feel and an expression that they can personify. Even though the beauty of Jammu and Kashmir never fails to amaze people, there are several development challenges that its people have to face every day. Only if the UT administration had been serious in the field of tourism, multiple development challenges of unemployment, backwardness and poverty could have been addressed. Although many places in the UT, especially in Kashmir province have been developed and are quite famous among tourists, there are many remote districts in Jammu region that need special attention.

Located at a distance of 235 km from Jammu, Poonch district is situated in between the banks of Poonch River and Betar River. The fact that there are rivers on both sides of the city adds to its beauty and makes the place more charming. Approximately 20 km from Poonch city, the area of Tehsil Mandi is adorned with snow-capped mountains fronted by chinar trees, waterfalls and endless streams of numerous rivers. About 32 km from here is the border area of Saujiyan, blessed with a sumptuous autumn season. At a distance of only a few kilometres, the area of Nediyan Dhok begins, where one can find himself standing in a lush and green forest setting with the scent of pine needles wafting in the air. In between the forest, there is a billowing and noisy river as white as milk and as cold as ice. There are pastures around the green fields where cattle roams. The sounds of local people’s songs and the houses built are reminiscent of the ancient times.

Tanveer Ahmed, a 30-year-old man, who came here for leisure, recalls, “Even when there was no road, there were people coming in around the spring season. Now that the road has been built, more tourists are coming here. But they all deal with certain problems.”

While the world is reeling under the pandemic, residents of the above-mentioned places and a few other several unexplored destinations, have different concerns. They lack even the basic infrastructure like schools, colleges, hospitals and sanitation, making it difficult for day to day survival.

The most difficult time comes when the season changes and rains and storms start here. This is one such example why the residents require special attention from the higher authorities. The various locations in the valley have a great potential for tourism but again, due to the situations prevailing in the past few decades, there had been some limp seasons in the tourist arrivals. There is dire need and intervention of leaders at different levels to get back the tourism footfall. And it’s only possible when the development will take place, when all the facilities will be easily available for tourists at a particular destination. The residents believe that if the area is brought on the tourism map in the right way, hundreds of youngsters will not be forced to stumble for employment. It’s only due to the negligence that they are facing such chaotic times.

“The government usually spends huge amounts just to enhance and improve the appearance of a place in order to bring in tourism footfall. But here, the matter is way different. With the sound of gushing water, aroma of pine trees and the vibrancy of saffron, the valley is already blessed with natural beauty, which surprises everyone. There is just a need to uncover the area, which is still in the shadows,” feels Gulbar Ahmed Lone, a 25-year-old resident of Gagrian.

Educated youth, here, could have made the best of their livelihood by joining the tourism sector, but this has not yet been possible due to the inattention. The people here want to ask their leaders the question of how long will they have to suffer from such difficult situations. Will there be a permanent solution soon to eradicate all these issues and boost in the tourism sector? Well, the journey might be long but the destination seems certain. Hard work is difficult, but the fruit of that hard work has always been sweet. Demand for bringing footfall needs to be further intensified. We need to extend our support to the tourists, so that their journeys can be made easier and the lesser known locations can be put on the tourist map, which will in turn lead to employment of thousands of unemployed youth.