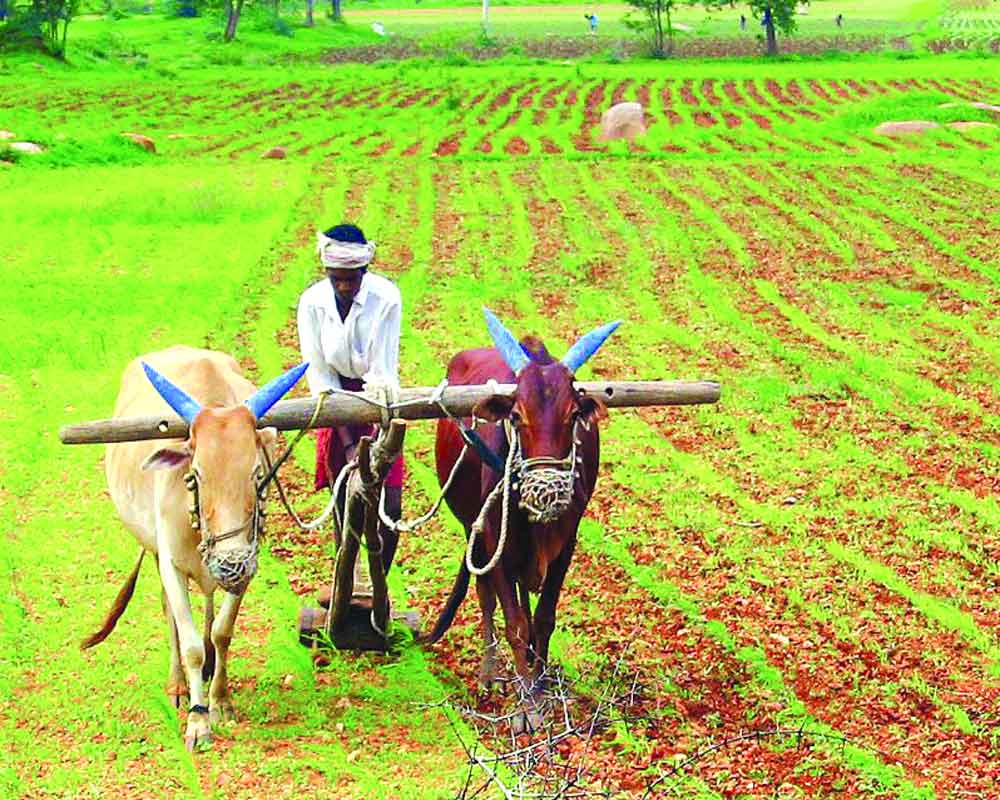 Various farmers from six tribal villages of Chhattisgarh have taken to natural farming methods and are producing different varieties of millets and rice. By Suryakant Devangan

Located 66 kilometres from Kanker district in North Bastar region of Chhattisgarh, Gotulmuda village in Durgkondal block is witnessing an ‘organic’ revolution. In this nondescript village, over 450 farmers have chosen ‘Collective Organic Farming’ as the way forward. Working together, these farmers, besides cultivating nine different varieties of aromatic rice, are producing millets and other pulses and oilseed crops in the region.

The seeds for this revolution were sown in the year 2016-17, when around 200 farmers, supported by the Agriculture Department, had formed a coalition called Kisan Vikas Samiti. Protecting the natural ecosystem, maintaining soil fertility and producing good quality crops were the shared goals of these farmers that inspired them to work together. With mission Swasthya Ugaenge, Swasthya Khilaenge (produce healthy, serve healthy), these 200 farmers from six tribal-dominated villages collectively started employing organic techniques of farming. Seeing their dedication, District Administration linked the committee with schemes such as the Green Revolution Scheme, Farmer Prosperity Scheme and Soil Health Card Scheme. The administration also provided training to the farmers.

In the initial phase itself, the committee had laid down a diligent process to ensure good quality of the organic crops. The first step was to analyse the land each farmer possessed. Based on the specific qualities, farmers planted crops which were suitable for their land. This was followed by preparation of organic manure which was also done jointly by the farmers. Instead of burning cow dung, plant leaves, wheat and rice residue, they mixed and decomposed all of it together to make manure. Understanding the harm done by chemical pesticides, they adopted organic pesticides like Karanja (Indian Beech), eucalyptus, garlic and chillies to keep insects away from the harvest. These natural pesticides had no harmful effects on either the crop or the land. Next was to ensure hassle-free irrigation of the fields.  For this, the committee installed a pump in the water canal and dug tube wells at some places in the village.

Even after almost four years, the committee makes regular visits to the field of every farmer and inspects it. The proactive inspection allows for quick response and resolution of any kind of problem at the committee level. Post harvesting, members bring their crops to the committee and sell it collectively in the market or to the government. The amount received is equally distributed among all the farmers.

“Each one of us works dedicatedly in the entire process. Right from composting, preparing natural pesticides to seed production for farming – every activity is accomplished by all of us together. This decreases the input cost and increases the profit margin,” shares Ratni Bai, a farmer and a member of the committee.

The farmers of Gotulmunda produce nine varieties of aromatic rice — Chirainakhi, Vishnubhog, Ramjira, Bastabhog, Jawafool, Karlagato, Sundarvarnim, Luchai and Dubraj. In the recent times, the demand for locally grown millets like Kodo, Kutki and Ragi has also increased. Earlier considered to be food grains of the poor, the medicinal and nutritional benefits have made these millets popular among the rich across the globe today. To fulfill the demand of Kodu in the International Market, ‘Kisan Vikas Samiti’ has received an order to produce 20 metric tons of Kodu from the government.

D K Bhaskar, coordinator of the Kisan Vikas Samiti said that in the first year, there were 200 farmers but today over 456 farmers are benefitting from this concept of collective organic farming. “Use of chemicals causes damage to the environment. And, humans are responsible for it. The purpose of our committee is to eliminate the utilisation of such harmful chemicals and promote benefits of organic farming by making it profitable.”

Agricultural scientist, Birbal Sahoo of Krishi Vigyan Kendra, Kanker says that, “Our farmers are returning to this ancient cultivation technique called organic farming. With increased demand of organic products all over the world, this natural method is gradually being accepted as a profitable deal among Indian farmers. Our objective is to provide them both recognition and profit.”

Farmers in Gotulmuda village, who follow the organic farming techniques, have to spend ` 4,000 per acre to produce 10 to 12 quintals of rice. On the other hand, chemical farming costs farmers anything between 8,000 to 9,000 for production of approximately 17 to 18 quintals of rice. The negative impact of chemicals on soil productivity, on health of humans and environment is immense. The monetary, environment and health benefits of the organic farming are being recognized at national as well as international platforms. Farmers in Chhattisgarh are undoubtedly benefitting from this recognition, however, they still feel that they are not receiving the right price for their crops. Other than making organic farming popular by announcing various schemes, both the state and central government are required to take steps to provide farmers fair price for their organic crops.