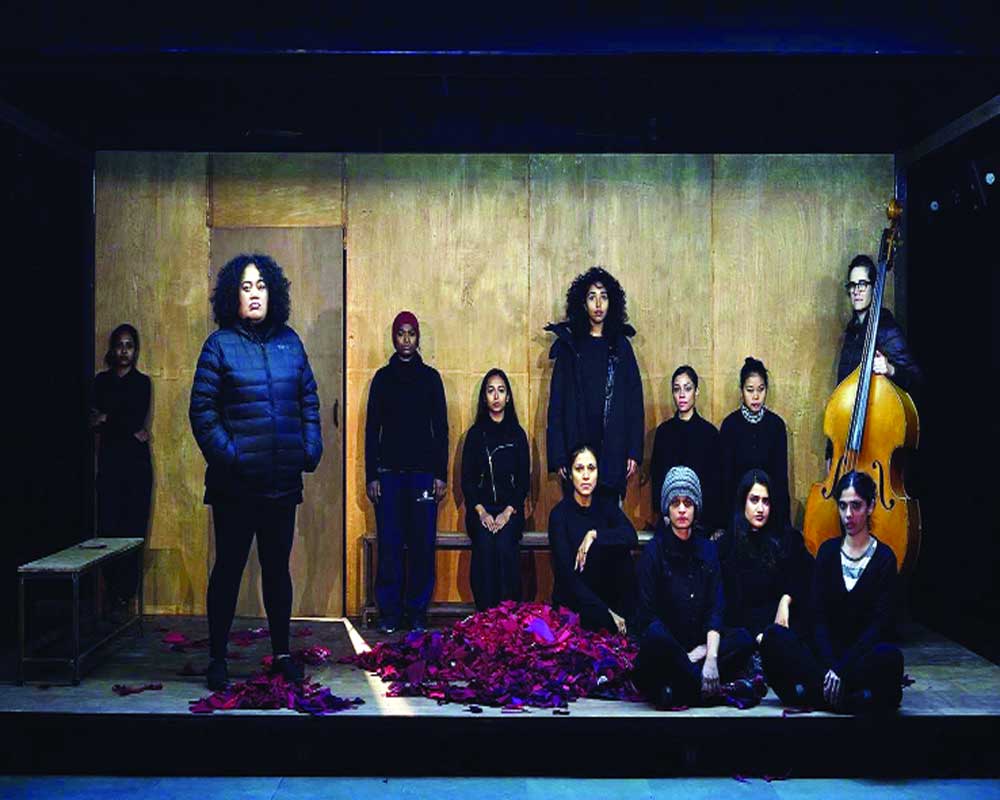 When his violence got worse and was directed at children, I changed.’ ‘There was never any physical abuse but the emotional one was constant and tremendous.’ ‘They killed my child, said, next time, there should be a son.’ ‘We had our good times but once we were married, his desire to control everything became more obvious.’ ‘He took every opportunity to belittle me. When in a temper, he often hit me.’ ‘He often came to my home when my parents weren’t around. As a child, I confused his touch with love.’ Talk to women around you and multiple stories of violence and abuse against them can be heard. But how do we actually address these issues and an excessive amount of abuse that they have been through?

Indo-Australian production Daughters Opera, which is an inter-cultural contemporary performance, aims to address just that. Through diverse backgrounds, art forms, cultures and languages, the production initiates a conversation about the systemic violence and the globally-shared experiences of trauma and resistance of women and girls.

The act is directed by Indian theatre director Anuradha Kapur where the libretto (the text of an opera or other long vocal work) is written by Australian independent producer Tammy Brennan. The National School of Drama’s theatre festival Bharat Rang Mahotsav inspired Tammy and gave her the idea to bring several stories of gender violence together. “I was observing the kind of violence that was happening around and how the country was reacting to such incidences over the past few years. There were students protesting on the streets. There were candle marches. I hadn’t really witnessed anything like that before and started questioning the prolificity of violence. Why is it getting so massive with each day? So I begun my research and spent time with various organisations, which stand against violence and conduct programmes about it across India to sensitise people,” she says.

From there, she began looking at multiple new stories and framing them into a narrative. She adds, “I thought these could be woven in an inter-cultural framework too and brought to the global stage as violence is prevalent everywhere.”

With an all-female cast, the performance aims at addressing the ongoing everyday acts of gender violence, such as forced labour, infanticide, sexual abuse and injury. Since it combines elements of opera, poetry and theatre, alongside the expressive form of Portuguese Fado music and live experimental electronics, what particular genre do we slot the act under? Anuradha labels it as an “Opera.” Even though she feels that the conversation should have happened after we have seen the play but she tells us that it has a lot of elements incorporated in it. She adds, “We’d call it opera but even that too is of many different kinds. But yes, music dominates the whole act. We have constructed an entirely different framework in which all the elements speak to each other. There is music, opera, several body acts and expressions. There are only women on stage, who weave together different forms and cultures. They combine different ideas and narratives of violence like female foeticide, infanticide, domestic violence, child sexual abuse, rape, marital rape and so on.”

Narrating some of the instances that the duo has used for the play, Anuradha says, “There is one sequence, where women in an absolutely packed local train cut vegetables while commuting. They are going to their workplace, which is visible labour, but before going there, they also cook for their family, which is invisible. Even after coming back home, they cook dinner. How do women negotiate so much in their lives? We address the fact that women have much more labour that they do during the day than is actually visible. And even labour has its own quality of violence to it. And that’s what we aim to highlight. The need of the hour is to blur these boundaries and the so-called gender roles.”

The emphasis on the need for women’s emancipation is brought to the fore in several different ways. “It can be seen very distinguishably when we are quoting a feminist scholar in the play. But it is also very subtle. In some scenes, the audience will also feel how death is the safest place for a daughter to be in,” adds Anuradha.

The music is composed by award-winning Australian composer David Chisholm and scenography is done by Deepan Sivaram. Tammy says that it is because of such diverse elements that the play is very experimental. “It is a term which I don’t use much. But I would call it experimental because it has so many cross-cultural elements in it. We are merging so many forms — languages, music, poetry, people of different nationalities and scenography. But it’s certainly very contemporary as it also challenges the conventional opera,” adds she.

So where did these stories come from? “They are all around us. They constantly come in front of us everyday through newspapers and the news on TV. So we have woven all those multiple instances into one narrative,” says Tammy and tells us that one of the references for the stories has also been taken from the roadside women ragpickers. Adds Anuradha, “We are rehearsing at a place where just down the street, there are women collecting rags for recycling. So that story too has entered our space.”

(The world premiere in the city is funded by the Australia Council for the Arts, Create NSW, Creative Victoria, the Australian High Commission, New Delhi, and The Black Box Okhla. It will be staged today and tomorrow at 4 pm and 8 pm at Siri Fort Auditorium.)