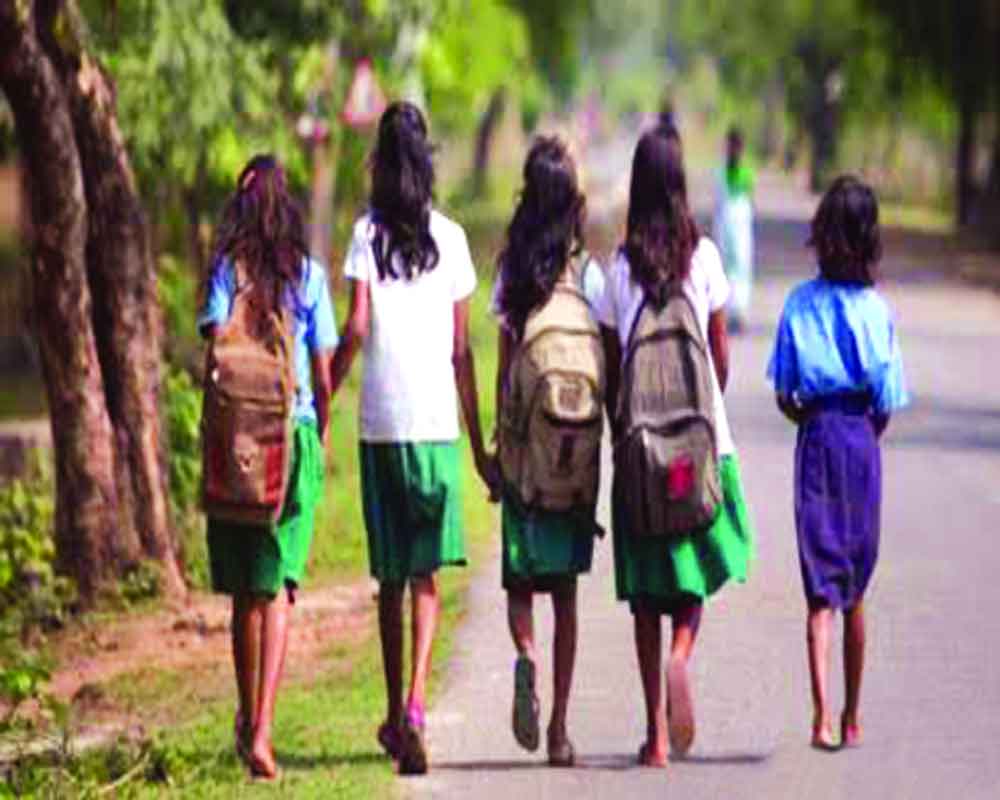 Students in Khodasgaon village joined hands to make sure that families don’t neglect their children’s education during seasonal migration. By Dipak Kulkarni

Archana Vijay Padvi from Khodasgaon village, Nandurbar, is in 10th grade. She studied in the local Zila Parishad School up to the seventh grade and went on to study further at the Kamla Nehru Kanya Shala in Nandurbar. Her parents have studied only up to second grade and hence, Archana is the first generation in her family to push the boundaries and go for higher education. Going beyond her own aspirations, during the last three years, Archana has encouraged, if not pushed, more than 40 families in Nandurbar to ensure that their children’s education doesn’t suffer because of seasonal migration.

More than 70 per cent of the Nandurbar district comprises tribal communities. With about 2,000 hamlets and more than 900 villages, the district still experiences severe systemic failures in the education system. Sure, government has invested in education there. If one was to count, there are more than 2,000 schools in the district — including Zila Parishad schools, boarding schools, Ashram schools, and middle level schools. However, there aren’t enough means to earn a livelihood, with no big industry in the district. Therefore, agricultural labour is the main source of income. Locally, wages are extremely low but if people of Nandurbar migrate, they stand a chance to earn slightly better wages. Therefore, this district has been linked to large-scale seasonal migration. Thousands of families in the district migrate to the nearby state of Gujarat for a period of six months after Dussehra and sometimes even to Kolhapur or Solapur in Maharashtra. To understand complexity of the story, one needs to understand the complexity of this distress migration.

A family which doesn’t have enough money will pick up an advanced loan from a money-lender, who also happens to be a labour contractor. This money is raised for marriage, death and sickness in the family. Owing to abject poverty, this money generally cannot be paid back. The contractor then asks the family to act as agricultural labour for the next six months. There is a condition that their loan’s repayment will be wage compensation. The contractor then provides labour for various companies and sugar factories. That’s where these labourers get their jobs — sugar cutting being the largest source. Somehow, there is no written agreement or payment slips and the contractor always claims of even bigger dues. This cycle has been going on for years. Workers and their families migrate for this purpose. These migrant families, who travel right after Dussehra, also take their children along. Children miss school for more than six months. Therefore, children do not enjoy education and automatically drop out.

Archana worked to ensure that no child from such a migrant family dropped out of school. In the local context, she is one of the most educated girls from the village, where out of 300 families, only two people have gone for graduation. While one of them got an agricultural studies degree and a job in the respective department, only one girl has completed 12th grade. With Archana’s intervention, more than 40 children are set to go to Nandurbar to complete their ninth and 10th standard, an unprecedented occurrence in this area.

So how exactly did this happen? A local NGO and UNICEF worked hand in hand to dissuade families from taking children with them for migration. District coordinator Sachin Dada spoke to the children. He took two girls and three boys to Nandurbar for a one-day training. Along with Gram Panchayat’s cooperation, the children, who acted as local advocacy leaders, led efforts to ensure that the education of the children will continue. Archana took the lead in this. She went from house to house to address families before Dussehra. Being a small area, everyone knows each other.  She said, “You go to Gujarat for work but don’t take your children along.” Villagers questioned as to who would take the responsibility of the child in their absence. Archana encouraged children’s grandparents to take up the responsibility and ensure that children have maximum attendance in school. She told families, “Let them learn. You have no money in your pocket, so you can go. But how long will this work? How will the family go ahead if the children don’t receive their education properly? You work because you haven’t learned. If they learn, they will be sahabs one day.”

Gradually, her work had a positive impact on the village. Now without exception, all the children from class 1 to 10 go to school. Around 40 students are on their way to Nandurbar for post-seventh grade education. Archana and her friends have also campaigned for a bus service from Nandurbar to Khodasgaon. The bus plies for five days a week. However, children still miss school on Saturdays because there is no means of commuting.

Archana Padvi has also worked to promote the use of toilets and de-addiction from tobacco and alcohol in her village. Slowly, she’s finding success in those endeavours too.