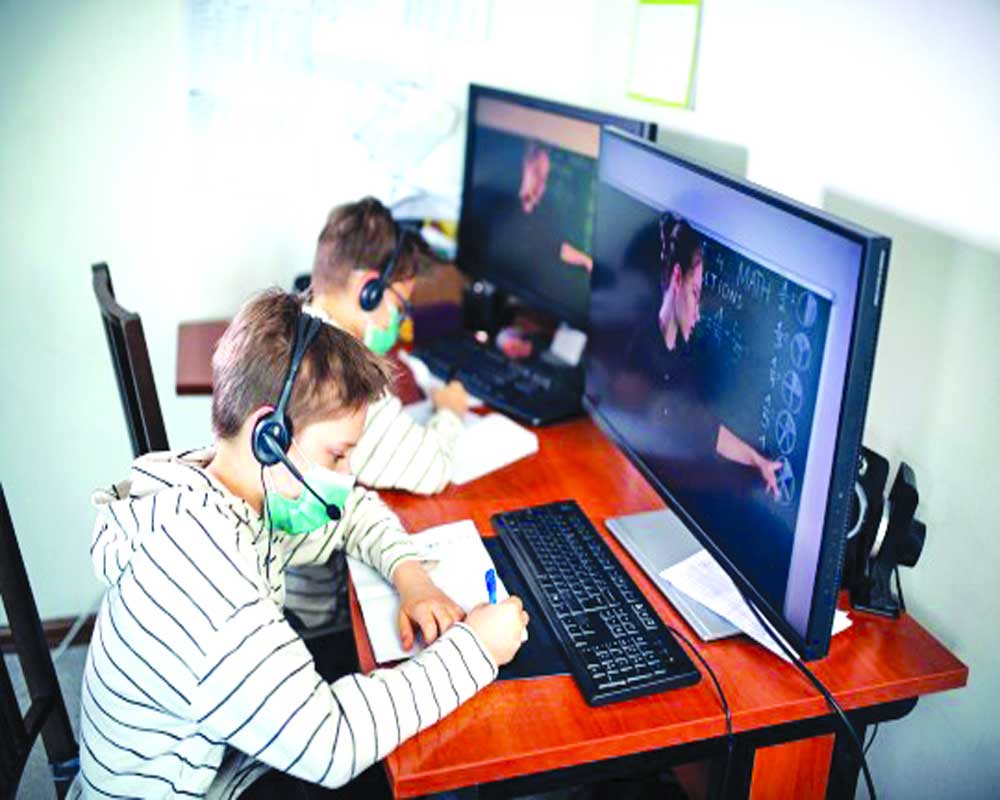 Virtual classes may have become the new normal for education but what about the students deprived of gadgets, asks Kalpana Dhaku Malaye

It was the third week of March. The teachers had almost completed the syllabus and the schools were busy preparing for the final exams. Computation of the average of the unit test scores of each student was being done. At that juncture, the novel Coronavirus had advanced and bared its fangs in India.

As a precautionary measure, the government announced the closure of all the educational institutions. The students were briefed on the safety measures and a break till March 31 was declared. However, the risk of contracting the virus called for further closures and restrictions. The students and parents were in a dilemma. Further, on April 1, cancellation of the final exams were announced. Every educational institute was asked to promote the students to the next grade based on their school assessments, projects, periodic tests and term exams. The well-heeled schools started classes via apps like Zoom.

As the reopening of schools remain under a cloud of uncertainty, the state of the current academic year looks too grim. There seems to be no thoughtful programme or policy in sight for engaging the students meaningfully. Virtual schooling has been implemented all across the country even though a large number of students are deprived of internet connectivity and gadgets like smartphones and laptops. The virtual mode became a one-way communication where the doubts of the students remain unanswered. Amid all this, are we really interested in knowing what students have to say about ‘learning from home?’ Well, it appears doubtful as not much has been said about it.

This spontaneous virtualisation of education came with various challenges for both the administration and the students. In schools that were not equipped with technology to conduct online classes, teachers had to fend for ways to launch home-based learning. Some of them created lecture videos and forwarded them to parents and children. It was like delivering a lecture without keeping any scope for questions. It signaled that neither the participation of students was taken care of nor their accessibility to online education was thought about.

Another major issue of accessibility emerged in the families where there was only one cell phone and two to three children. It became important for the child to attend classes online as the absentees were reprimanded by the school. On the other hand, parents/older siblings were jittery because when they wanted the handset for work, the child was busy attending the online classes. A kid of a daily wage earner developed an inferiority complex because she couldn’t access the file her teacher had sent. It was difficult for her to keep up with the virtual classroom exercises and activities. She faced a lot of disruption in her studies. Initially, the parents tried to pacify her but when she refused to relent, they had to borrow money to buy a smartphone. This story is not restricted to just one family, it’s all pervasive. There are millions of stories of such children committing suicide for not being able to access digital education. The pandemic has posed many barriers in front of our education system — Have teachers been trained to handle technology with ease? How many students are equipped to handle e-learning? What criteria was used to declare a school as a digital institute? According to the latest information, one of the bizarre criteria was if the teachers of the school owned a mobile phone, it was considered to be a digital school.

From a global perspective, “Half of the total number of learners — around 826 million students — kept out of the classroom by the COVID-19 pandemic. They do not have access to a household computer. Almost 43 per cent (706 million) have no internet at home at a time when digitally-based distance learning is used to ensure educational continuity in the vast majority of countries.” These figures were compiled on the basis of data from the UNESCO Institute for Statistics and the International Telecommunication Union.

While speaking about online education, one is compelled to compare it with the offline mode. When children go to school, they gain education not merely through books but vibrant activities and interactions with teachers and friends. The best we were giving children was making education a multi-sensorial experience for them rather than just a digital one. In classrooms, when the teacher narrates an incident, the students unknowingly compare it with their own experiences and become eager to share their stories. All these happenings go into developing the intellect and character of the child. Online education is taking away experiential learning, an integral part of the school setting. It seems that e-learning can never be an alternative for in-person education.

Although virtual classes have become the new normal for education, but what about the students belonging to the underprivileged section of the society?

(The article was written originally in Marathi. It has been  translated in English by Alka Gadgil.)