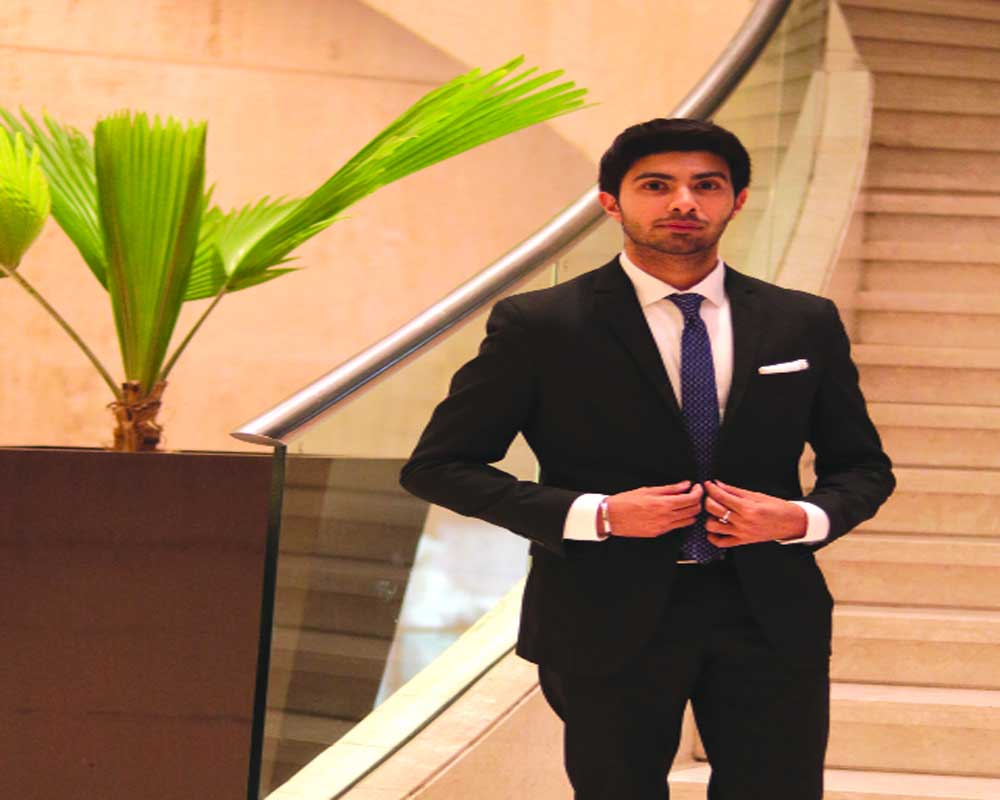 If you tell a story that can make an impact and force people to think, it will make the world a better place and you would have made a difference,” says director Adeeb Rais, who is keen on making a short film on the current political scenario of the country. He says, “Right now, I feel very strongly about what’s happening in the country. If I make a film on that, I would have a side to it unlike my recent one, Baatein. I usually hate taking sides. It’s always good to show both sides of the story. For instance, if a child is bullying another, there is a problem with the bully. So we should try to get to the root of the problem. That’s what the film talks about.”

The short film, set in Palghar, Maharashtra, is about starting conversations in today’s world where people find it hard to express themselves. It follows a young documentary filmmaker, Jeet, played by Adeeb who visits a widowed science professor, Mrs Deshpande, (played by Supriya Pilgaonkar). On his arrival, he is introduced to her niece, Tulika (played by Shivani Raghuvanshi). The two become friends. Mrs Deshpande, who is struggling to cope with the grief over losing her young son, Milind to suicide, too becomes a part of the group. The unlikely trio spend the day together and a bond develops. They begin to share a few personal stories and express some of their deepest fears, feelings and thoughts with each other. A few unexpected conversations take place, which change their outlook towards life.

So what inspired Adeeb to create this film? “Everyone is aware of the fact that the youth are going through a lot of pressure and mental health problems. Unfortunately, mental depression has become a very common issue, which often goes unrecognised. Most of us go through traumatic experiences at some phase in our life but we don’t know how to express ourselves properly,” says he. This made Adeeb realise that he needs to tell a story that addresses this issue, without being preachy and which could make people to stop and think.

In the film, Supriya’s son had committed suicide because he was bullied by other kids, out of which, one was jailed. Jeet meets that boy in the jail and puts across his perspective in the film. He finds out that the boy who was guilty of bullying people also wanted to commit suicide. The film explores some grey areas by putting across the criminal’s perspective. “Both are right in their own ways — people who agree with the story and even the ones who don’t. I just wanted to put this across that if a person does something bad, we need to understand why he did that. I am not trying to justify what he did, but maybe, as a society, we need to look into the reasons why kids are choosing the wrong path. Our elders need to give it a thought. The film is trying to make parents think about the importance of communication with their children, whether they are focussing enough on the right and wrong aspects of actions. And I want to show that talking and hearing the child out is of utmost importance,” says he.

The film is based on Margaret Wheatly’s quote — “Be brave enough to start a conversation that matters”. As Adeeb feels that we have a lot of issues to look into because of the way the world is heading. “There is a need to confront issues and find a solution. I believe that filmmakers have a responsibility to address them. There might be a time when my films wouldn’t have something to say in depth but majority of times, I would choose to entertain the audience through a message.”

The beauty of the short film is its reach. People don’t mind investing a short span of time which gives this format an upper hand as compared to mainstream cinema and series that demand commitment for a longer time period. Adeeb believes, “It fits in aptly in the little time gaps that one gets during the day. It also offers a lot of variety to the audience. They get a plethora of content to pick from. Moreover, it works for a lot of young film actors and directors too who can channelise their creativity. When one has a time limit, it restricts you as a filmmaker to not become over-indulgent and preachy on any topic,” he says.

It is often noticed that such thought-provoking issues don’t make it to the mainstream cinema. But the recent release, Chhapaak seems to have challenged this notion, believes Adeeb. “With Chhapaak, one can see that filmmakers are bringing important issues to the forefront. But with mainstream cinema, another challenge is also that the actors take the centrestage. It’s not just the actual content that matters but the face on the film’s poster too. Well, this dilutes the essence of the issue, too, sometimes,” he adds.