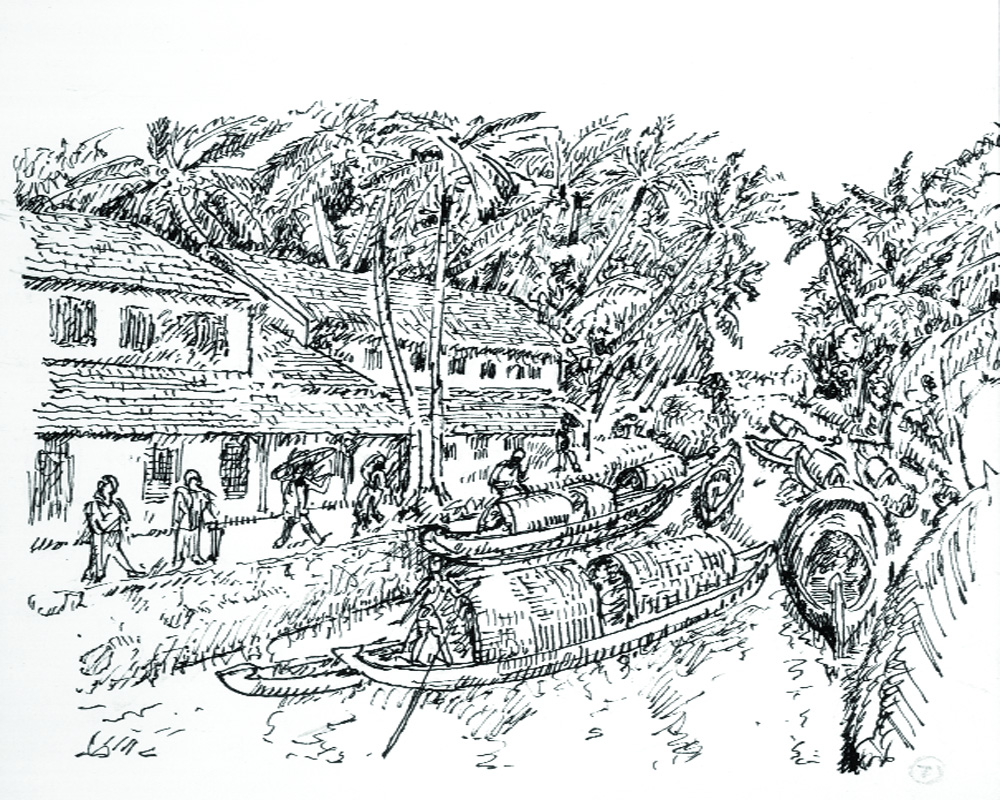 The English translation of Akkitham: A Pictorial Autobiography, based on Jnanpith award-winning poet and philosopher Achuthan Namboothiri, by Bhaskaramenon Krishnakumar, retells his poems and sheds light on his life with a remarkable sensitivity, says Uma Nair

Mahakavi Akkitham Achuthan Namboothiri, Jnanpith Award-winning poet and philosopher from Kerala is the subject of the hard cover book — Akkitham: A Pictorial Autobiography by Akkitham. The book has been culled and created entirely from the author’s writings, interviews and private conversations and is a wellspring of wit, words and worth. The text has been constructed and translated into English by Bhaskaramenon Krishnakumar, alias Atmaraman, who has been associated with poet Akkitham Namboothiri for over four decades.

Well, to sit and savour the book’s verbal and visual islands of thought, poetry and prose is akin to a few hours of reverie through some rivetting pages of resonance.

From scribbling on temple walls to becoming the Nation’s poet

To unravel the power of a passionate poet’s palette is no easy task but the translated tomb of poet Namboothiri’s life is a journey that threads the tendrils of tide and time.

One recalls artist Akkitham Narayanan (Paris dweller), stating that his elder brother Namboothiri started dabbling in poetry very early in life by scribbling on temple walls. He studied Sanskrit, music and astrology in school and never finished college but became the founding father of modernist poetry in Malayalam in Kerala. Namboothiri has  nearly four dozen works to his credit. Among them are anthologies of poems, stories, dramas, and essays and this book delves into his life with zest and reverence.

The narrative in this book flows like the river Pamba. It tells the verses and small stories with a remarkable sensitivity. The English translation shows how his poems are a spatial, immersive experience, in which we glimpse waves of permanence and impermanence. His awards — the Jnanpith (2019), Kendra Sahitya Akademi (1973), Vayalar (1972), Ezhuthachan (2016) and Kerala Sahitya Akademi (1972) — are a legion of the power and strength of the vernacular. They touch the tip of the iceberg of his intellectual integrity. In the many stories, we sense the examples of subjugation and release, of celebration and solitude, the fabric of fear and freedom — that can skim the depths of a visual narrative, at once stretching it sideways and pulling it together into a vortex of coherent emotions distilled in the essence of minimalist moods. His number of awards tell us about his love for literature and the lexicon of language.

In an entwined history of penmanship of verse and verve, it is Namboothiri’s son and former professor Vasudevan Akkitham who creates the illustrations for the book as pen and ink vignettes. Vasudevan creates idyllic landscapes of the backwaters of Kerala with canoes and coconut palms as well as lush portraits of his father and the feminine pillars in his family.

If an old lamp is a whisper of ritual and the relic of the past, it is the stealth of combining lithe strokes of hatching, stipling and languorous lines of depth that make a winsome coupling. He strengthens and corrects some of the finer lines with brusquer penwork so as to recreate the Mallapuram magic while giving hints of a subtle state of being one with nature like his esteemed father. Vasudevan says he kept his reflections simple and realistic, nostalgic in tone as he created compositions and narratives that had lucid expressionistic forms.

Akkitham’s life story is also the story of the Namboothiri renaissance, at which he was a major player. Writers, social activists and politicians abound in this book. While Akkitham wanted the feudal social order to go, he was also disenchanted with communism and his youthful dalliance came to an end. The book narrates the deep philosophical objections and the intensely personal reasons of his disenchantment.

One of Akkitham’s deeply philosophical poems has been illustrated by Narayanan. Several translations of Akkitham’s Malayalam poems have been included—in part or full. One recalls the famed lines of one of his poems — Ninne Konnavar Konnu Poove/ Thannude Thanne Mokshathe (Those who killed you, flower/ Killed their own salvation) — as a shining example.

For Namboothiri, even the most abstract happenings retained expressive, emotive content. For him, nature embodied an active and deeply unfinished expression. And in the paradoxes of life’s enigmas, he wove peace and calm and fine-tuned his poetic cadences into the circle of life through the silent slivers of notations that sprang from the penumbra of spiritual and cosmic realms.

“A poet of rare integrity, a creator of many works, all considered as classics, Akkitham’s poetry reflects unfathomable compassion, imprints of Indian philosophical and moral values. They are a bridge between traditionality and modernity, delves deep into human emotions in a fast changing social space,” read a statement by the Jnanpith jury board last year.

For all those who love poetry and the art of the written word, this book must find a place on your shelf, for art is long and life is short.