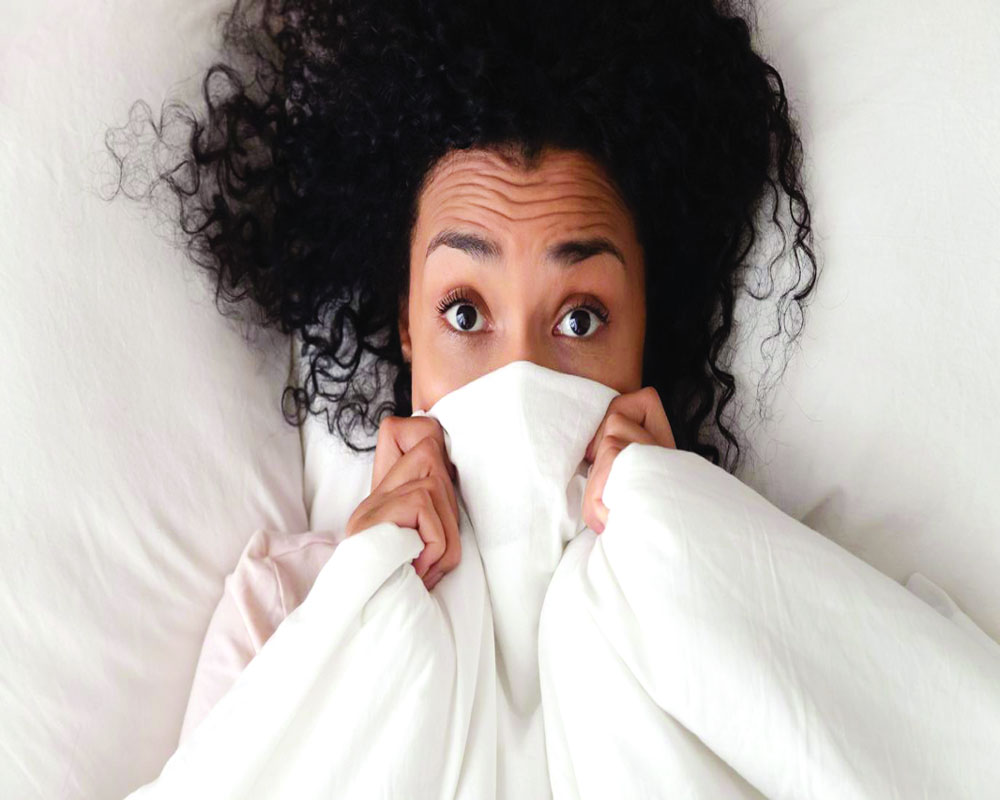 Slight deviations in your daily routine can make you restless at night. Sleep specialist Dr Nimish Shah talks about how a lack of sound sleep can affect us in the long run. By Team Viva

How can one measure the quality of sleep, whether it is good or bad?

A good quality of sleep is very important. However, people often mistake quantity for quality. Many complain that even after getting a sleep for eight to 10 hours a day, they don’t feel fresh and energetic enough. Well, the actual way to track your sleep — the gold standard — is by doing a ‘polysomnography’ or in layman’s terms, a sleep study where you attach a few wires onto the head. It actually tracks your brain activity and also monitors your eye movements, etc. We can actually see what stage of sleep you’re at and whether you’re getting deep or REM (rapid eye movement) sleep again, which is very important.

Usually, the first question I ask my patient is, “Are you getting enough sleep?” Some people underestimate themselves saying that they just need three to four hours of sleep, post which they function very well. But then, you know, over a period of time, that takes a toll on your body. And, obviously, that clearly tells that you’re not getting sufficient sleep. The other question that we generally tend to ask is, “Do you wake up at night for any reason?” There are multiple sleep disorders because of which people tend to get up in the middle of the night. So, if a person has frequent awakenings at night during a sleep period that tells us that their quality of sleep is quite poor. Certain people tend to sleep through the night without any problems. But if they are still sleepy or drowsy, lethargic, tired throughout the day, then it could probably mean that their underlying sleep quality is not good enough. For an adult, about six to eight hours sleep is mostly recommended.

What are some of the sleep-related issues and how can they affect our health?

The most common things which are associated with sleep disorders are snoring and sleep apnea. They are the most common but it’s very important for people to understand the difference between them. Snoring is a kind of noise/sound that comes from the upper airway at the back of the throat. It is generally managed by a set of muscles. For some people, the airway is slightly narrow and when they go to sleep, their body rests, their brain relaxes and shuts off and so do their muscles. Everything becomes sloppy as they sleep. And for certain people, when the back of the throat muscles relax, it may not be enough for them to keep the airway open for the air to pass through and that’s when we hear their snoring sound.

So the best analogy I can give you on is that if you if you’re on the expressway or on a highway, and you roll down the glasses by an inch, you get a certain noise. And that is because the air is passing through a small passage. It’s the same with snoring. The air passes through resistance because the upper part of your airway is not open enough.

What are the top reasons that lead to lack of sleep?

The biggest problem why people don’t get enough sleep at the moment is, unfortunately, their lifestyle. With everyday advancements and evolution, we are just sitting at one place and hooked on to a screen. A lot of work, which involved physical movement earlier, has now shifted to staying at home. For instance, things like going to the office or shopping centre; these chores can very much be done at home, online and without movement. Our screen time has exponentially increased. The blue light that radiates from the screen is the one that highly disrupts our sleep because it stimulates the brain to keep one awake. These days, people usually switch to watching TV or social media content at night after their work. Well, that is the worst thing to do!

Here are some points to maintain a good sleep cycle:

(The show premieres on November 23 at 8 pm on Sony BBC Earth.)