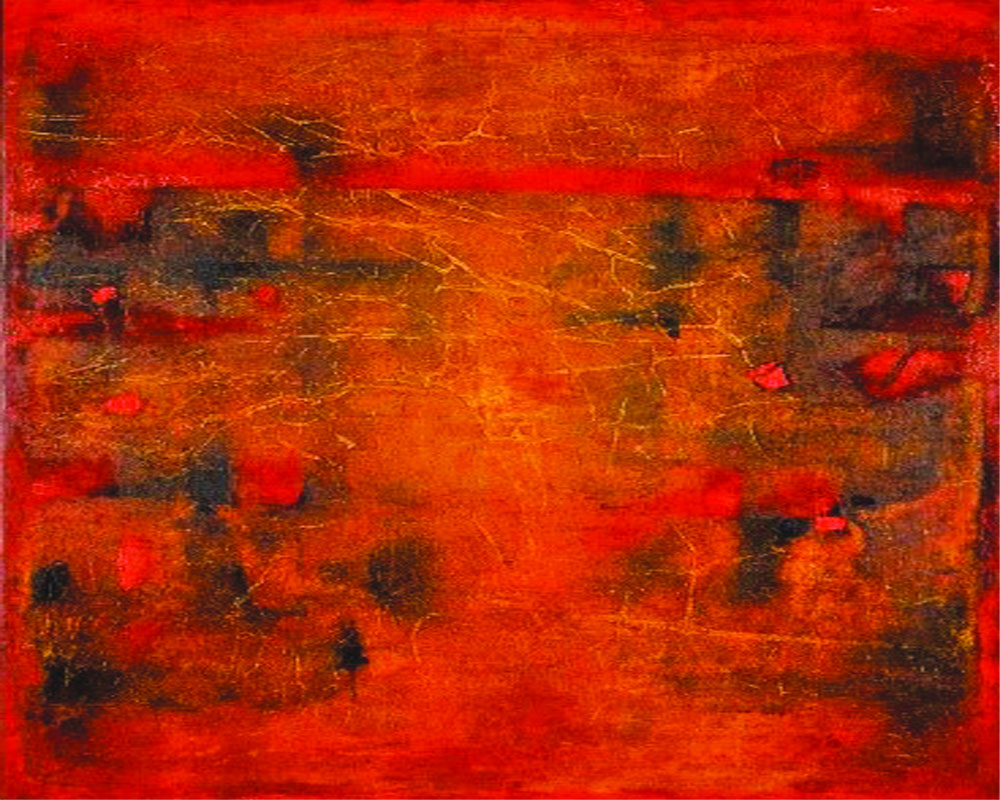 Three works by Vasudeo S Gaitonde, an artist who captured the essence of Indian modernism, go on sale at the Christie’s and the Sotheby’s. By Uma Nair

Bringing alive the timeless French song, La Mer by Charles Trenet, a painting by artist VS Gaitonde, in a suffusion of green, showcasing the softness and gentility of the sand, is reminiscent of the sea. This is a masterpiece created in 1983 and was bought at the Pundole Gallery. It is also one of the three works by the artist to go up on sale. It will be a part of the Christie’s South Asian Modern + Contemporary Art Sale on September 23 in New York.

The other two works belong to the Sotheby’s sale that will be held in London on September 29. Part of The Gunnar and Inger Hansen Collection, these two works celebrate Gaitonde as the ultimate abstract master.

The first is a 1954 amorphous-looking work that belongs to George Butcher, a British art critic for The Guardian and a stalwart supporter of the burgeoning Indian and South Asian modern art scene. He spent more than two years in India and befriended many artists, gallerists and critics. Using his knowledge and contacts, he curated several shows on South Asian art featuring artists from both home and abroad. Butcher was one of the first writers to assert the unique and remarkable contribution of South Asian artists to a global form of modernism. He has left an indelible mark on the history of modern Indian and South Asian art.

The second comes from the Inger Hansen collection, a Danish couple who collected Indian art. The work hails from 1969, a smoky crimson and tangerine sunset that heralds the sounds and flats and sharps of a raga.

Following a 1964 trip to New York on the Rockefeller Fund Fellowship, where Gaitonde encountered several abstract expressionists’ works and conceptual artists for the first time, his style began to evolve. His paintings began to explore the relationships between form, light and colour in a diligent and sophisticated manner. The work was all about how the “planes of paint spread over the canvas, a reminder of nothing other than self. An almost spiritual sublimation gets created from within paint rather than by reference to any school of thought.”

What makes Gaitonde stand apart in the Indian modern art tradition was the way he immersed into its shared language and a universal vocabulary. For many of his contemporaries, the language was just a tool to express something. For Gaitonde, the language became the subject. He did not attempt to use line and colour to create forms; his forte was the exploration of the relationship between line and colour. If he captured the essence of Indian modernism, it was by disengaging from its effusion, its gaiety and its materialism.

“The central characteristic of Gaitonde’s artistic personality, it must be understood, is that he likes to stand alone. This independent-mindedness was accompanied by a firm belief in his identity as a painter,” wrote critic Dnyaneshwar Nadkarni.

An uncompromising artist of integrity, Gaitonde distanced himself from anything he deemed superfluous to the contemplative rigour he believed his art required. After he shifted Delhi in the early 1970s, he was “very much the artist in a garret.” The few writers who visited him spoke about the dusty interiors and the immense reticence of the place.

Goan artist Theodore Mesquita, who met him in Delhi in 1991, described him as a “hermit,” who is impassive to the mundane world around him.