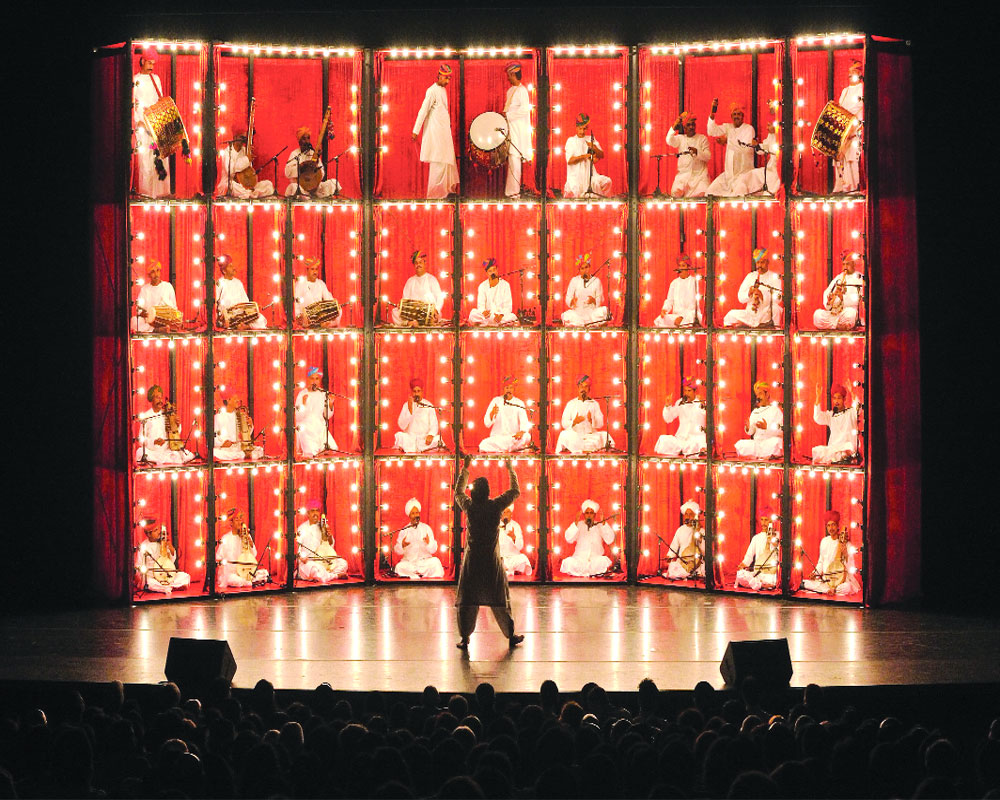 When art galleries, music concerts, literature festivals get cancelled due to the ongoing pandemic, the digital world makes everything accessible to all of us, says Chahak Mittal

These are testing, almost dystopian times. The kind which we had never foreseen or imagined. These are likely to become an object of wonder for the future generations as they will find it difficult to comprehend how people stayed in their homes for weeks and months because a deadly virus had taken over the entire world and forced us to distance ourselves physically from one another even as we began to value and understand the importance of the human connection. Of course, on account of its uniqueness, this time will be remembered for years to come, and well, what better way to recall it than through preserving its memory through arts.

Art galleries, literature festivals, music concerts, and other public displays of art or any other spaces, which see a large number of footfalls, are on the backburner amid the lockdown due to the Coronavirus pandemic. Not surprisingly, one can see many of them cancelling or postponing these events. However, some of them have upped their game and decided to turn it to their advantage by taking to social media and digital platforms. While most of the players have not added a monetary cost to the views and streaming is free but they agree that if this has to be done in the long run, paywalls and online contributions are the way forward.

Described as the “greatest literary show on earth,” the Jaipur Literature Festival 2020 stands as the biggest example of this change. The festival, which started on Saturday, is coming as an online literature series in which, this time, the sprawling grounds of Diggi Palace will be replaced by the boundless possibilities of the internet. Its new literature series — ‘JLF presents Brave New World’ aims to keep alive a free-flowing exchange of ideas online in this time of de-globalisation. It comes as a virtual initiative to celebrate books, their power and positivity.

Former politician and author Bruno Maçães will speak about our transformed circumstances and the lessons learnt from America, China and Europe at a session on our past, present and future, and what the rebirth of these nations could mean for the world and global affairs.

Other sessions would see the likes of writer and broadcaster Bee Rowlatt and Baroness Helena Kennedy exploring the need to protect the “forum internum” — our private mental space — from the incursions of digital technology — at a session titled Freedom of Thought. Still another would have co-authors of the recent The New World Disorder and the India Imperative, writer, politician and public intellectual Shashi Tharoor and president of Observer Research Foundation, Samir Saran, sharing their views on the current crisis the world is going through. Their session will build a necessary narrative on the new realities that confront us today.

Walls and Bridges will be a session on dystopian fiction and its increasingly real and uncanny presence in our lives in which  Prayaag Akbar, author of Leila (which was adapted into a Netflix series), and Amrita Tripathi, author of The Sibius Knot will share their views.

Namita Gokhale, writer, publisher and co-director of the JLF, said, “Book lovers are never truly alone — not when we have books, and each other. JLF has always affirmed the spirit of community. We believe that these testing times are also the moments in which we need to interrogate and make sense of our world, through books and ideas, debate and dialogue, music and philosophy, science and the arts. The festival, which has always been a platform that celebrates the spirit of human connection, is now ready to go straight into hearts and minds and homes. Our timely new initiative will provide an important new resource for our extended JLF family across the world.”

The National Centre for the Performing Arts (NCPA) is presenting its best of events from its archives on YouTube. The special eight performances, that began on Friday and will go on till April 9, are its exclusive videos specially curated from NCPA’s extensive library.

Talking about theatre going digital in these time, K N Suntook, chairman and founder, NCPA, said in an interview, “The NCPA is a repository of great artistic treasures. Our genre heads and team have worked hard to put this together. As a cultural organisation, we felt this treasure must be shared in these difficult times in the safest way possible. The best of concerts, lecture-demonstrations and workshops presented at the NCPA can now be viewed online on our YouTube channel. We are grateful for the support that we have received from the artistes.”

Tune in to the Bolshoi

For those who haven’t been able to watch the famous Swan Lake ballet, this is just the time to catch the show as Bolshoi Theatre is going digital for the first time and presenting some of its most popular opera and ballet performances. Known as the “Golden Collection,” viewers from around the world can tune in to its official YouTube channel to see the shows.

A total of six performances are scheduled. The performances have been pre-recorded but the audience will feel the excitement and get the feeling of an opening night by tuning in to watch each broadcast using YouTube’s ‘Premiere’ feature. For viewers, who are unable to watch in real time, each performance will be available on demand for 24 hours after its initial broadcast.

Vladmire Urin, general director of the Bolshoi Theatre, recently told a daily, “Our country, like the rest of the world, is experiencing a very difficult time. We’ve never faced this type of situation before and since we had to close the theatre, we didn’t want to lose our connection with our audience. Theatre is deeply moving and is a rich experience, and although we cannot perform in front of live audiences, we’re excited to share our performances digitally. It’s been a lot of hard work on our part to make this happen, but we hope these performances will lift peoples spirits and support the well-being of all who tune into the Bolshoi.”

It is set to present The Nutcracker (2011) on April 11 at 7 pm, Moscow time. Viewers who subscribe to the channel will receive an alert and will be able to participate in a live chat for the performance. The comments section will also remain open after each performance so viewers can discuss the forthcoming shows.

Gallery Latitude 28, amid the lockdown, presents the works of artists Niyeti Chadha Kannal and Noor Ali Chagani in Art Dubai’s Online Catalogue 2020. Tapping on the expansive possibilities of this digital initiative, it has designed the catalogue in a way that it is able to connect to more art collectors, enthusiasts and galleries across the country.

The 93.5 RED FM and music label T-Series have come together to present their new digital initiative The Care Concert. The initiative is aimed at raising funds to tackle the current COVID-19 pandemic and donate the amount to PM-CARES Fund. The concert would be streamed on YouTube and Facebook handles of both the organisations. There will be performances by more than 15 artistes. Viewers can contribute any amount they wish to, to the PM-CARES Fund through a link provided for the donations.

BookMyShow has also recently began its online series, Live From HQ — Spoken Word Edition, which it calls a “happy respite” in the form of an online live spoken word and storytelling property featuring 30-minute performances by various prominent poets and storytellers. The edition will see artistes like Arunoday Singh, Kubbra Sait, Adil Hussain, Danish Sait and Harnidh Kaur, among others. The series presents Swanand Kirkire live on Instagram today.

Well, so much together, that too, in the comfort of your home? We bet you would have been unable to catch up on all these while being physically present there. Consider the quarantine time lucky then!