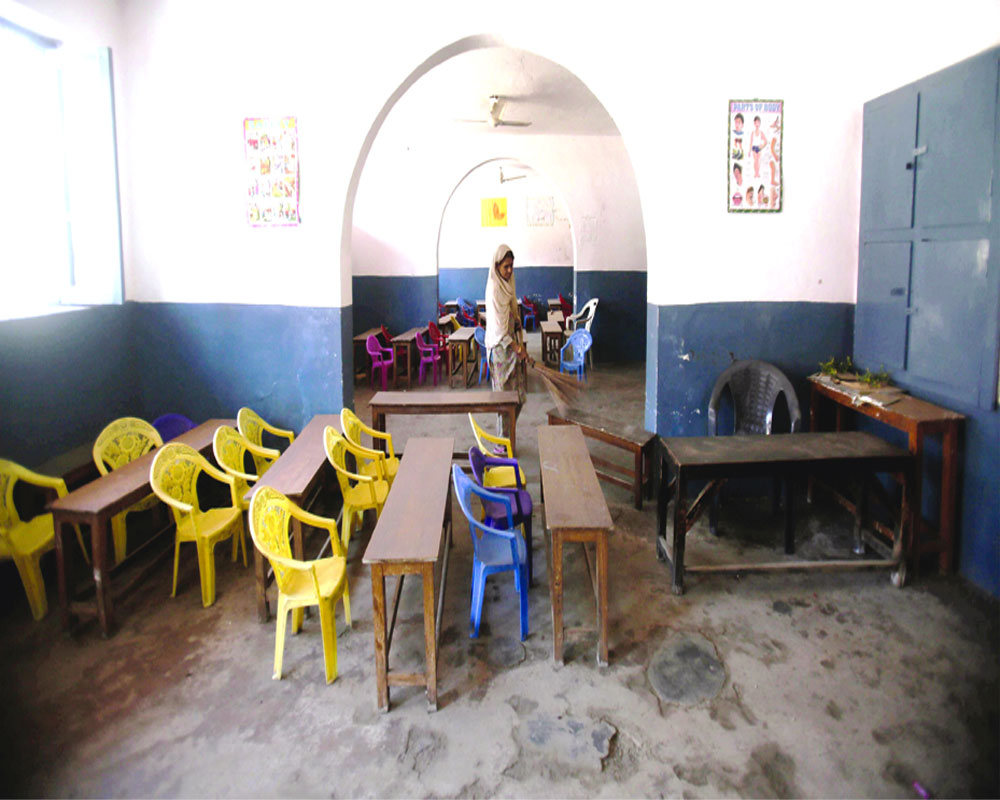 The pandemic might have led to a nationwide shutdown of educational institutions but parents from Poonch in J&K want the violence to end for their kids to attend school, says Yousuf Jameel

With the spread of COVID-19 in India, governments had announced the shutdown of schools and education institutions in March, before the nationwide lockdown was implemented.

Two months later, on May 30, 2020, the Ministry of Home Affairs (MHA) released a notification saying that in the second phase of lockdown relaxation, opening of schools and colleges will be possible. It added, “The decision will be undertaken in July after consultation with states and union territories.” The suggestion, however, is being opposed by parents across the states who fear that re-opening of schools will risk the lives of their children.

An online petition was filed against the notification which, within two days, was signed and endorsed by over two lakh parents. They urged the government to not re-open the schools until there are very less or next to zero Coronavirus cases. The anxiety of the parents is well understood by those residing in the border district of Poonch in Jammu and Kashmir. Well, they don’t even have an easy access to such platforms where they can voice their concerns regarding their children’s education.

In states, well-connected with internet, online classes have kept the semester running, allowing teachers to provide tuition to pupils. Broadband services, 4G network, cable, etc, help them attend classes being run on a virtual platform. In this district, which is separated from Kashmir valley by the enormous Pir Panjal range, it is only recently that its inhabitants have started receiving phone calls on a ‘strong’ 2G network in most of its villages. However, to have online classes running in these hilly, remote hamlets is still a distant dream. Parents feel helpless for their children whose education has become the first thing to suffer come what may — a pandemic or a prolonged conflict.

While parents fight for safety of their children from pandemic, parents in Poonch are facing a double challenge. The ceasefire violation is the second devil that they are dealing with when the world is trying to save itself from the Coronavirus. On May 30, according to a report published on a national news website, “Pakistani troops resorted to unprovoked firing and shelling at the LoC in parts of Jammu and Kashmir’s Poonch district on Saturday.” There have been many ceasefire violations on the international border since August 2019 and have continued to wreak havoc in the region even during the pandemic.”

Abdul Rashid Shahwari, a social worker from Village Shahpura located near the border, says, “This isn’t the first time that children of our village are forced to stay at home because of school shutdown. Whenever there is a ceasefire violation at the border, schools are the first to have been locked. This induces fear and panic among parents who consider it appropriate to keep their children at home instead of sending them to school,” even if and when they re-open.

According to him, the education for children residing in such villages goes for a toss every time the cross-border situation gets edgy. “Firing usually takes place with ringing of the first bell of the class. Fearing for their lives, teachers and children return to their houses immediately. This has severely affected the quality of whatever little education our children receive, especially our daughters,” shares Abdul, whose daughter is enrolled in a senior secondary school which is five km from their village.

He adds, “As a father, I am always afraid that something might happen to my daughter. Every parent residing in these border villages share my fear. Those who can afford, send their daughters to study in Poonch city or provide them private tuitions. Others are simply forced to discontinue sending their daughters to school.”

Apart from border conflicts, the other administrative issues also mar the education scenario in the region. Abdul’s village also has a school located in close proximity with the border and around 215 children from far-off villages attend it. According to the headmaster Lal Hussain, “While the school was upgraded to Class 10 in 2005, they still await the appointment of high-school staff. Of the six posts allocated to teach students of Class 10, only two teachers have been appointed till date. And only eight out of 14 posts are filled by teachers who are supposed to teach the students from the junior grades. Whatever it is — pandemic, conflict or administration apathy — it is the children who are at the receiving end of suffering.”

While expressing his concerns towards the future of children in Poonch, Abdul Ghani, a village youth, says, “Here, children start recognising sounds of bullets quite early in their lives and spend their childhood under the uncertainty of a prolonged conflict. They hear bullet sounds more than nursery rhymes, poems and stories. All the government schemes aimed at improving the literacy rate tend to lose the objective here, in these border conflict-prone villages.”

There are also children who instead of going to school are made to sit at their homes without any provision of online classes. There are others who risk sending their children to school, fearing for their lives. Their concerns get lost amid loud thuds of bullets. This pandemic will, hopefully, get over but the parents in Poonch want to have a life without violence.