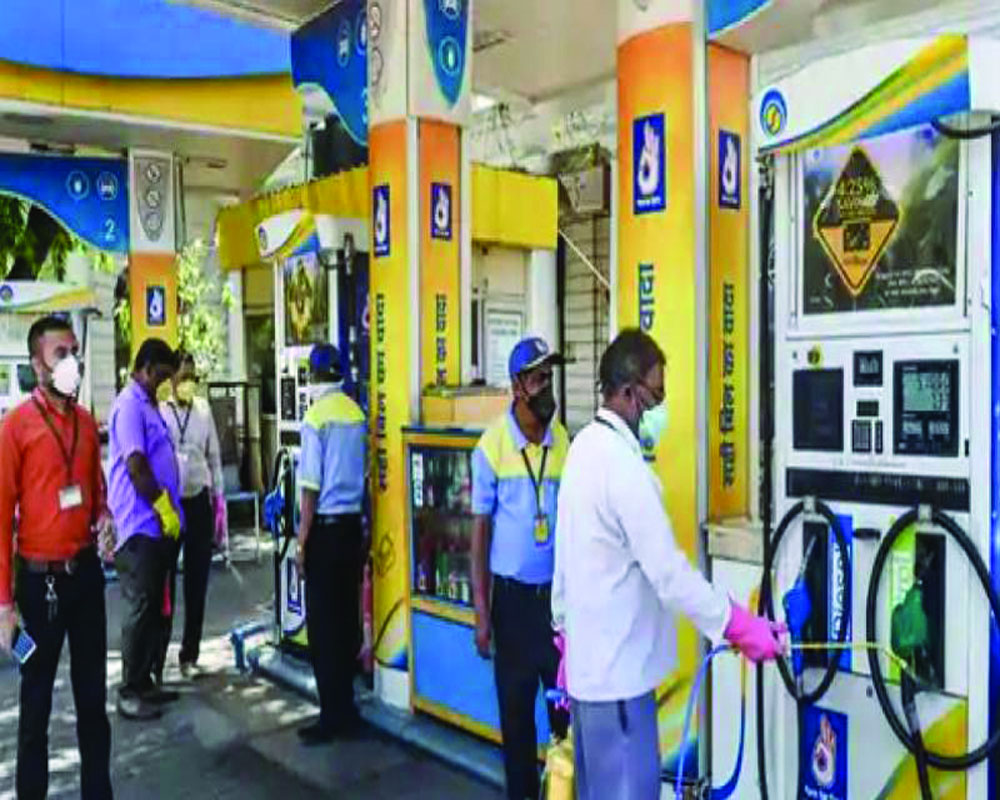 Petrol price for the third straight day hiked by 25 paise a litre and diesel by 30 paise, according to a price notification of state-owned fuel retailers.

Prices differ from state to state depending on the incidence of local taxes.

Petroleum Secretary Tarun Kapoor said oil companies are taking their own decision on aligning retail rates with the cost but they are ensuring extreme volatility is avoided.

“We are watching the situation and trying to ensure the impact of global volatility is moderated to a large extent,” he said.

This sudden spike in international oil prices follows global output disruptions but the entire increase in retail rates necessitated by such an increase is not being effected, another official with direct knowledge of the matter said.

“Just look at LPG rates. They have gone up from USD 665 to USD 797 in one month but oil companies haven’t passed on the increase warranted from that,” he said adding state-owned companies were absorbing a lot of volatility.