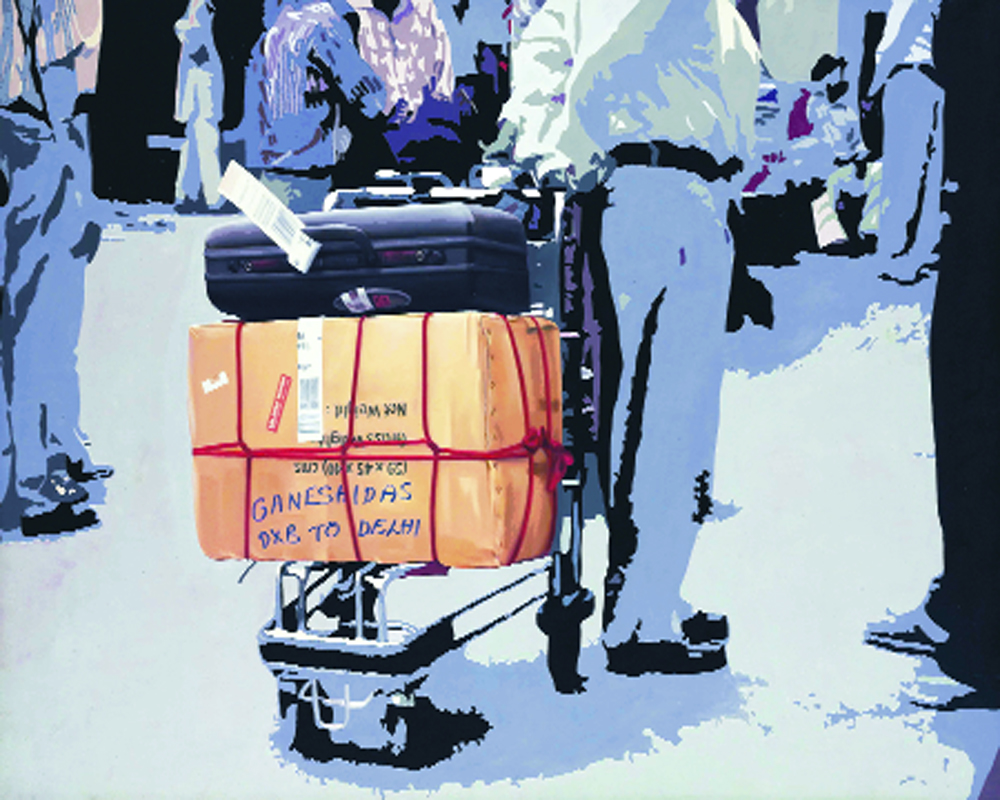 Defining liberalisation of art, Indian contemporary artists are thriving and have been growing in strength

Back in 1962, the legendary Andy Warhol painted one of the most famous works of art — Campbell’s Soup Cans. In 2015, a young and dynamic artist, Njideka Akunyili Crosby, showed off her dual cultural experience through her piece — I Still Face You. Though 53 years apart, both are bound by a common thread: They are works of contemporary art.  After the mid-20th century, we reached a transition point with the rise of 'abstract expressionism’ that leaned away from the content of a piece and focused more on the finished product. Works of Jackson Pollock which were as much about him dripping paint on canvas as about the finished product are prime examples of what paved the way for what we today know as contemporary art. Despite the knowledge of the genre, for many, defining contemporary art can be tricky. While its title appears straightforward and simplistic, its modern-day meaning is not clearly defined. In the Indian scheme of things, contemporary artists use the genre as their medium to engage with issues linked to the nation's turbulent history. Colonisation, decolonisation, division, politics, wider geopolitical agendas, and nuances of secularism are some areasartists respond to and unleash their creativity to send out a powerful message. Some might argue that there is a lack of exposure for Indian artists on the international platform butin reality, Indian contemporary artists are thriving and have been growing in strength over the years.

In the early 20th century, the Bengal School of Art emerged as an avant-garde nationalist movement that encouraged students to imitate Mughal miniatures. Gradually, the movement took a turn, it was claimed, with foreign influences from renowned artists like Picasso making their way into the Indian art scene. As artists like MF Hussain and FN Souza travelled the world, they were inspired by the environment they thrived in, by globalisation, and by a myriad of cultural experiences. They brought the contemporary art movement back to their motherland and took it to greater heights in the last decade of the 20th century. The 1990s were pivotal years in India's contemporary art story when Indian artists began to explore new concepts in their works, moving away from traditional, academic ones, and also increased the number of forms they used. It is safe to say the 1990s were a time of artistic liberalisation. With economic liberalisation sweeping across the country around the same time, artists leveraged it to tell stories through their works. They told extraordinary stories about the migrant worker — in Subodh Gupta’s Saat Samundar Paar-and the conflict between man and nature and nature and technology in the face of rapid development as we see in Jagannath Panda's works. While seemingly diverse, contemporary art instigates its viewers to look beyond the surface, to think unconventionally, and step inside the artist’s world to envision the world through their eyes. In their worlds, there is a deep desire to inculcate change through works of art.  In this attempt to use contemporary art as a means of driving change, it is ironic that many people claim they do not “get” the concepts. This could be because unlike Greek sculptures or Egyptian tombs, art after 1960 reflects our recent past. Contemporary art works are known to speak to the dramatic soul and challenge political and technological changes which have taken place over the last 60 years.

As we look back, we realise how far we have come into a postmodernist era. At the same time, we also look towards the future, where contemporary art, much like the world we live in, becomes increasingly diverse, and will not be easily defined through artistic themes, visual characteristics, and cultural concerns.

(The writer is a professional artist, educator, art critic and co-founder of You Lead India Foundation. The views expressed are personal.)