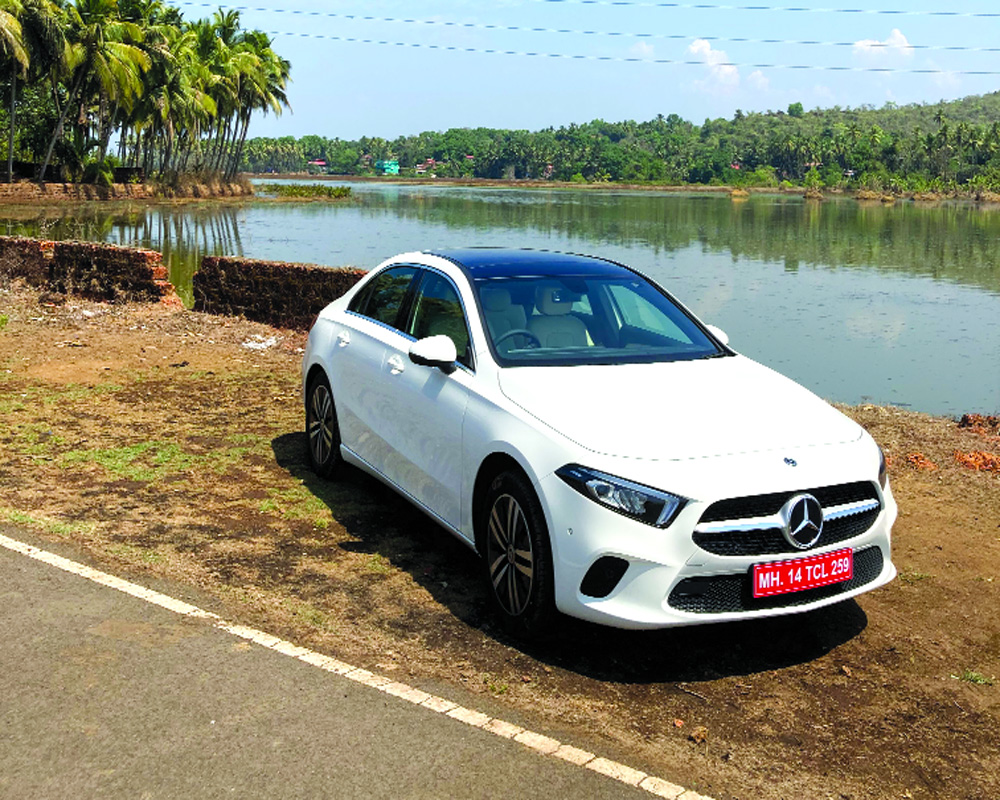 Is the new A-Class more than just a badge?

The Mercedes-Benz A-Class is the new kid on the block when it comes to both Mercedes-Benz and the entry-level luxury sedan segment. This car effectively replaces the old CLA sedan, which was based on the old A-Class which — some of you might recall — was a hatchback. This new A-Class is longer, wider and taller than the old CLA and most importantly, it was built as a sedan from the ground-up, primarily for the Chinese market. But the car brand has figured out that selling cars designed for the Chinese market can be quite profitable in India, the long-wheelbase E-Class being a great example.

This has always been an interesting segment. The CLA competed with the Audi A3, which is currently not on the market and the new A-Class goes up against the equally new BMW 2-series Gran Coupe. That said, the BMWs and the Mercedes might not exactly go up against each other, and I say that because the cars are different. And we will get to that after a few lines on the new offering from India’s largest luxury car marque.

Much like human beings have grown over the past century thanks to industrialised agriculture and fast food, cars have also grown bigger to accommodate those larger human beings. The A-Class sedan is, thus, not a small car. It is over 4.5 meters long, indeed a fair bit longer than the CLA. In fact, it is only a little bit shorter than the W203 C-Class that was sold until 2014-15 in India and actually feels larger inside. Because it is wider than the old C-Class and just as tall, the cabin space is bigger. And thanks to modern materials and conveniences such as widescreen digital displays, a panoramic sunroof and better interior materials, the A-Class feels a world apart from a car that was sold in India by the same carmaker just six years ago.

Make no mistakes, when the A-Class finally goes on sale, orders are currently being accepted but the official prices are yet to be announced, it will not be cheap. Prices, in absolute terms, have gone up. Of course, so has the exchange rate of the Euro to the Rupee and the feature set offered by the cars. That said, let us bring in its closest rival, the BMW 2-series Gran Coupe into the equation. And here comes the rub, the Bimmer is a better car to drive more engaging and more powerful, the Mercedes is just far more comfortable because it is bigger. While both cars are front-wheel drive, the BMW has a rear-wheel-drive feel to it thanks to a tight suspension that makes it engaging but, yeah, you feel the road. The Mercedes feels and rides like a good front-wheel-drive sedan without compromising comfort.

Don’t get me wrong here, the Mercedes is not a bad car to drive, it is just that both the petrol and diesel variants of the BMW produce 190PS compared to the 150PS A200d and the 170PS A200. In addition, the BMW, like all cars from that carmaker, feels more dynamic and planted to the softer and positively smoother riding Mercedes. It comes down to the point of why you are buying a car in that segment. And, of course, the price. The BMW is not cheap at Rs 50 lakh. The Mercedes, thanks to being slightly down on power, will likely be ever so slightly cheaper although both cars are assembled in India. When it comes to creature comforts, they’re both more or less the same but keep in mind that the car wearing the star is bigger than the car wearing the propeller (or Bavarian flag, whatever you want to believe) and that will make the Mercedes=Benz A-Class a better buy for someone looking for a badge coupled with some degree of practicality. The BMW is, like its brethren, something for those who like having a spot of fun, someone in their 30s and single. The Mercedes-Benz A-Class, therefore, is something for someone with a family-oriented point of view. But until we know the sticker price, it is going to be hard to tell you which one you should buy.