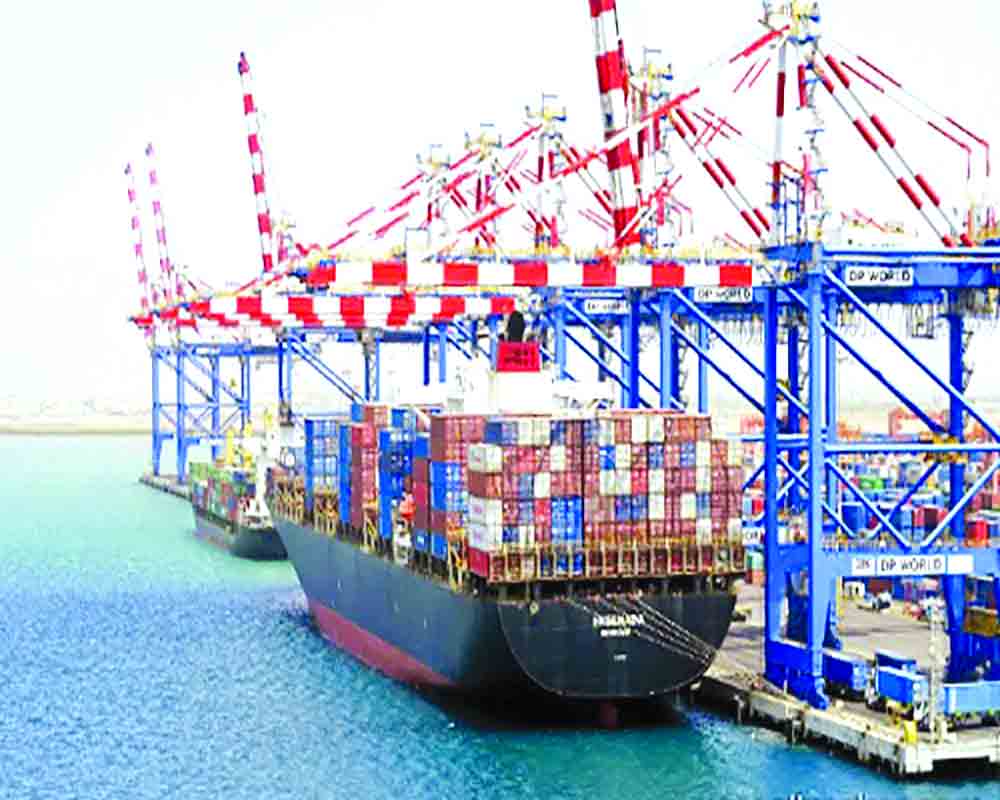 The 'Eastern Quad' of the US, Israel, India, and UAE is a counter to Beijing's imperialist tendencies of "flag follows commerce". In 2017, China took over the control of the Doraleh (Djibouti) port as a part of its loan re-negotiations following its investments in the country through commercial ports and railway project connecting Ethiopia. The last few years has witnessed China's strategic wooing of Israel and the Emirates aiming for a base in the latter. India and the US initiated the 'Eastern Quad', and, China's quest for a new military base in the Emirates that would have connected the Strait of Hormuz and Southern Red Sea has been cut short. Nevertheless, equally important is its Djibouti base. Given China's economic footprints in Africa, the base is a "Logistics Support Facility" with a lease of 99 years.

The takeover of Djibouti showcases China's hegemonic desires and its model of international relations. It contradicts the functionality of bilateral or multilateral relations wherein aid or trade precedes genuine strategic understandings and alliances or partnerships. In order to camouflage its presence, China hosted the China-Africa Defense and Security Forum in 2018, wherein it announced to establish a 'China-Africa Peace and Security Fund' to support peacekeeping, naval presence for anti-piracy operations. A year later, Egypt and China inked an agreement to modernise the Suez Canal. Both these developments aimed to Project China's 'soft approach' to project its 'peaceful rise'. However, as the geopolitical developments unfolded, it shed its 'soft approach' and built naval piers in the North West of the base.

According to news reports, the Djibouti base is heavily fortified with hangars for aircraft and bunkers apart from having a heliport, ammunition depot, and cyber and electronic warfare facilities. It can accommodate large warships and has repair facilities for PLA-Navy. It is significant because of its locational importance. Seven miles from the US base (Camp Lemonier), it connects the key transit routes, primarily the Gulf of Aden, giving way to the Red Sea and the Suez canal leading up to the European markets. In the eastern direction, it gives way to the western Indian Ocean. The Chinese base is a dual-purpose port aiming to serve as replenishment and resupply point apart from giving Beijing a military edge to dominate the periphery of the Indian Ocean and the African continent. It gives China a platform to conduct operations during open hostilities.

One can strategically read China's emerging contours of its military tactics strategy by joining the 'dots' of its naval facilities at its ports. It aims to challenge the Indian and the American military presence in the Indo-Pacific region by taking over the periphery areas. Its military presence in the greater Coco islands, Hambantota, Djibouti and Gwadar ports, apart from its recent military base in Tajikistan's eastern Gorno-Badakhshan Autonomous Province in the Pamir mountains, well display its 'walls of external defence' in case of a possible military conflict with the US over the Taiwan issue or with India. It might extend its defence facilities to include the Iranian ports to cover the Strait of Hormuz geographically. These naval facilities might well serve as the 'distraction points' to the navies of the adversary while it might focus on its land grabbing attempts elsewhere.

Tactically, Djibouti and the Hambantota ports can be taken as 'ports of security provider' to prevent southern sabotage of its 'economic corridor' — the CPEC. On average, China imports around 80 per cent of its oil supplies by sea, of which approximately 77 per cent is through the Strait of Malacca. CPEC aims to connect Gwadar to Kashgar through a criss-cross network of roads and railways to overcome this route and its bottlenecks. It is the protection of this corridor that its presence in the Gulf of Aden and Persian Gulf is an important step that can help Beijing during a conflict in the Indo-Pacific or with Pakistan's conflict with India. Further, to shift the balance of power in its favour, it might attempt to either disrupt the supply chain routes or cause unacceptable damage to the undersea cables in the region affecting India and other countries of the region.

To ensure smooth implementation of its plans, it simultaneously announced the establishment of the courts for commercial disputes under its Maritime Silk Route (MSR). Thus, in case of a clash of interests between the host countries and China, these courts would resolve disputes. and they would be aiming for the Chinese geopolitical interest and hence only aim to deepen the strategic penetration of China. This is in sharp contradiction to the WTO's appellate bodies the decisions of which are acceptable to the world countries.

Further, China's relations with Djibouti are just the tip of the Chinese expansionist iceberg. During the last three decades, China has significantly increased its footprints in the African region. If one examines the statistics, in 2020, the Chinese share of trade was 16.4 per cent of Africa's total trade with the world, and prior to this, between 2000-2019, it provided the African countries with a loan of $153 billion, most of which did not include the financial transactions and instead was a 'circular debt'. Through its opaque debt policies, China made it compulsory for the countries to award contracts to the Chinese companies and give employment to its nationals. For this purpose, it transferred the amount of the 'loan' to its state-owned companies.

As the transactional nature of Chinese investments and trade continues in Africa and elsewhere, one can easily foresee more air or naval bases in the African continent, thereby complicating the security scenario of Asia as a whole. In the first instance, it downplays the US presence in the region and other players such as the EU, to promote a democratic world order based on equality and justice. The Chinese presence in Africa successfully fuels the Anti-West and dicey 'South-South' narratives. China also aims to extract the natural resources of these African countries, which is evident from the fact that more than 80 per cent of its imports from Africa consist of oil and raw materials.

Further, the multisectoral power projection ranging from military presence to economic ties is a force multiplier in Beijing's attempts to forward its 'One China' policy. For instance, Liberia (2003), Chad (2006),  and Gambia (2016) severed their officialties with Taiwan and got development assistance finance. The same convergences were witnessed in the African voting pattern in the UN on the issue of China's human rights violations in Xinjiang. These countries viewed the violations as "attempts to curb terrorism". In June 2020, at the UN Human Rights Council, twenty-five African countries sided with China on the issue of China's Hong Kong national security law. Not much can be expected from such countries in the UNO in a possible case of Taiwan's annexation by China.

Further, Chinese nationals are serving as the head of four UN agencies: the Food and Agriculture Organization (FAO), International Civil Aviation Organization (ICAO), United Nations Industrial Development Organisation (UNIDO), and International Telecommunication Union (ITU). Their future decisions also have to be watched out for in case of Chinese hostilities. The memories of WHO Chief Tedros Adhanom and the Coronavirus are still afresh.