A reminder to be safe

A reminder to be safe 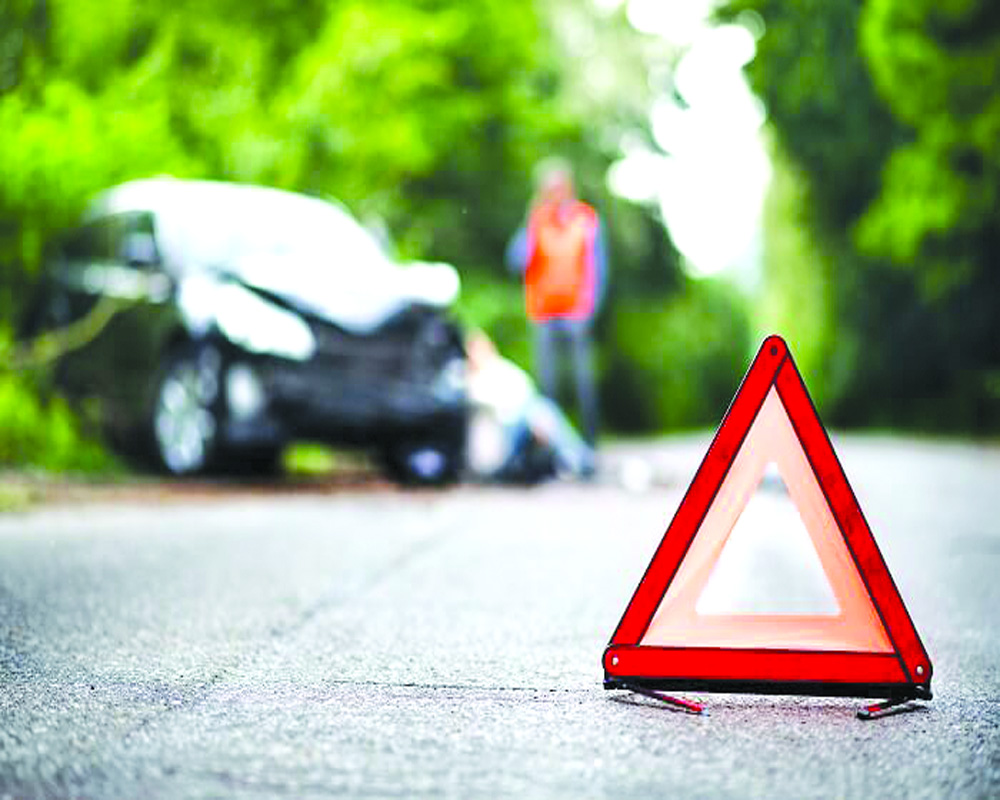 The government’s mandate to carmakers that requires compulsory airbags, for driver and front passenger, is a good move but road safety needs much more work

This past week, on a school WhatsApp group, I got a reminder that it is a decade since I lost two batchmates in the space of a month to car accidents. Their names were Aseem Chaturvedi and Vikram Rusell, and while they were both taken far too soon, I hope that time has allowed their families and their friends the opportunity to grieve. This reminded me about why we should take road safety seriously. Forget everything else, forget the loss of bright and talented individuals or the economic impact of losing 1,50,000 people annually in road accidents, this reminded me about the millions of family members and friends impacted by road fatalities every year.

The events of the past 12 months will ensure that road fatalities would have declined very sharply, yet as things have opened up, road fatalities have gone back to their pre-pandemic levels. In the past 12 months, India has officially lost 1,60,000 people, thanks to the Coronavirus, but that is not very far off from the number of people who died on Indian roads in 2019, at least officially. We shut down our economy, cost millions their jobs and, according to a recent report, pushed 75 million people back into poverty because of the potential damage a pandemic would have had on the Indian populace. Yet, while there has been a quantum leap in camera-based traffic enforcement in India over the past few years, no matter where you drive in India, it is almost comical at how entitled and selfish the average Indian driver is. Across the board, from a cycle-rickshaw carrying iron-rebar rods to e-rickshaws not using their headlights, motorcyclists treating pavements as a carriageway and car drivers blithely ignoring speed limits or driving on the wrong side to save some time.

I will not be holier than thou and claim that I am a perfect driver. I most certainly am not. I have had accidents, thanks to my own carelessness. Although I would like to believe that I am a far better driver today than I was 10 years ago because I know that instead of Aseem or Vikram it could have well been me inside a car. I do not want to be morbid here, but every single one of us has been impacted by someone we know dying or being badly injured in an accident yet we have not changed our behaviour on the roads.

Recently, the Ministry of Road Transportation and Highways mandated that carmakers fit a front passenger airbag compulsorily in all vehicles from the middle of the year. That will make a slight difference. Carmakers are increasingly fitting six or even seven airbags in their vehicles, some across their variant range including base models. Automatic transmission vehicles are getting traction control and stability systems. But a vast majority of road fatalities happen to motorcycle riders and passengers and truth be told, other than in a few cities helmet usage or even stopping triple ridership has not been enforced. Heck, motorcycle companies actively advertise their products with stunts and a disclaimer in point size zero. When the government tried to mandate longer insurance terms for two-wheelers, the industry protested in unison. Across the board, accident and road insurance for vehicles are abysmal and it is believed that less than a quarter of motorcycles more than five years old have any sort of insurance. Yes, insurance adds to costs, but a decent insurance package can ensure that those who get hurt the hardest by an accident, not the victims but their families, are at least taken care of to a certain degree.

Here is the thing, we cannot reduce road fatalities to zero. Even bringing down road fatalities to below 1,00,000 (2020 notwithstanding) will take a concerted effort by the centre, states and traffic police forces across the country. This is a manageable target, we owe it to the families to do this. And we cannot and must not ask the authorities to do it all. We have to change ourselves. We have to ensure that we are better drivers and riders because if we don’t change ourselves, nothing, not higher fines or the fear of death will make us change.