A salad coalition can lead Israel?

A salad coalition can lead Israel? 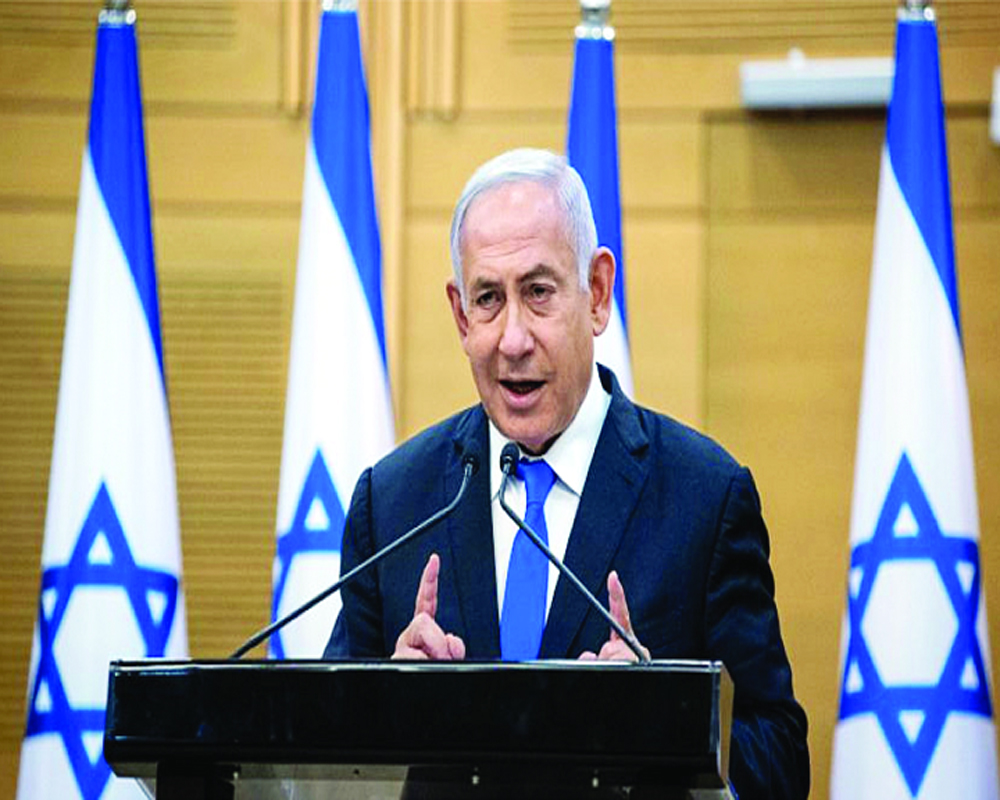 The nation is facing a chronic problem of splintered democracy. Can the new disparate coalition deliver a stable Government or will Likud spring back?

The four elections to the Knesset (Parliament) within two years— between April 9, 2019, and March 23, 2021 — notwithstanding, the political picture in Israel is still unpredictable. A delicate and disparate coalition of the Centrist, Conservative and Arab parties is poised to replace the Centre-Rightist/Zionist Likud-led Government that has been in power for 12 years now.

Benjamin Netanyahu, Israel’s longest serving Prime Minister, is not taking his imminent departure kindly. He has blamed Yair Lapid of being “unprincipled” and “unscrupulous” in joining forces with ideologically disparate elements. Despite an intensely secular outlook, journalist-cum-politician Yair Lapid, who heads the Centrist Yesh Atid (“There is Future”) Party, has roped in Naftali Bennett, a millionaire tech entrepreneur-turned-Conservative leader, who might soon be made Israel’s first kippa-wearing Prime Minister. To add to the numbers, and the drama, the ruling coalition will feature, again for the first time, an Arab party. Mansour Abbas, the leader of Israel’s United Arab list, is likely to join the salad coalition as a Minister.

Netanyahu is banking on people’s revulsion to prevent this coalition from assuming power. Simultaneously, he has alleged an “election fraud”. One hopes, by “election fraud” he means manipulated mandate, not actual forgery. One could hardly allege that elections are rigged, more than two months after the declaration of results. Israel has no permanent Election Commission, and few electoral reforms have taken place since independence.

Israel undoubtedly is an island of democracy, in the Middle Eastern wilderness of Sheikdom, demagogues, civil wars and Ayatollahs. Despite war clouds perpetually looming, democracy has not been eclipsed for a single day in this Jewish country since its independence on May 14, 1948. Israel actually tends to suffer from too much democracy. The political space is crowded by parties/parliamentary groups of all hues. Members are never elected to the 120-member Knesset territorially or individually but as part of rosters of specific lists submitted by different political parties/alliances. The elections are held on the basis of a proportional representation system whereby the entire Israel is deemed as a single constituency. The registered electors vote for political parties/alliance of parties rather than for candidates.

AB Magil, a Marxist journalist and himself an American Jew, who witnessed Israel’s War of Liberation (1948) could not cease to wonder at the political scenario in the newly independent State: “The visitor to Israel never fails to be astonished at the complexity of its political life. It is not easy to find one’s way amid the welter of parties, electoral blocs, political sects and schisms. In the first Israeli elections, voters numbering 450,000 were presented with no less than 21 tickets to choose from… The fragmentation of political life is largely a reflection of the fragmented people from whom the nation Israel has been assembled” (Israel in Crisis, P.111).

Magil’s book ‘Israel in Crisis’ (1950) appeared merely a year after the first general elections in the newly independent nation on January 25, 1949. In those elections, the Labour Party (Mapai) with 34.7 per cent votes resulting in 46 seats, and United Workers Party (Mapam) with 14.5 votes resulting in 19 seats, were the leading elements. For 15 years since March 1949, the Mapai (Labour Party) governed Israel with David Ben Gurion, Moshe Sharett and Levi Eshkol as successive Prime Ministers.

The Governments, however, proved less durable than Knesset terms. Thus, by the time of the sixth Knesset, the 12th Government was in office. Then in November 1965, Levi Eshkol formed a new alliance, Alignment, comprising Mapai and Ahdut HaAvoda. The most famous Prime Minister (1969-74) of Alignment was Golda Meir.

The control of Mapai has been near absolute over national institutions, economy, Army, media and education. Gil Samanov, in his recent book Netanyahu and Likud’s Leaders (2020), has called it “totalitarian” as in the Communist countries. The shock of the Yom Kippur War (1973), which Israel ultimately won but with considerable fatalities, had a major fallout on the national psyche. The time was ripe for Menachem Begin (1913-92), a die-hard anti-Mapai politician, to turn around the political scenario. Begin discussed his plans for a nationalist formation with Major General Ariel Sharon (Retd), leading to the foundation of Likud (Consolidation) in 1973. Likud’s rise spelt Mapai’s end. As the Prime Minister, Begin had to sign the Camp David Accord (1978), surrendering the Sinai Peninsula captured by Israel in 1967. On the positive side, it led to the Egypt-Israel Peace Treaty (March 26, 1979), the first recognition of Israel’s right to exist by an Arab country.

Will the latest coalition lead Israel into the future or will the Likud defy destiny again, like it did when one of its founders, Ariel Sharon, broke it to form a moderate Kadima party in 2005 that decided on Israeli withdrawal from Gaza with no substantial benefit?