A sprinkling of stardust on my shoulders

A sprinkling of stardust on my shoulders 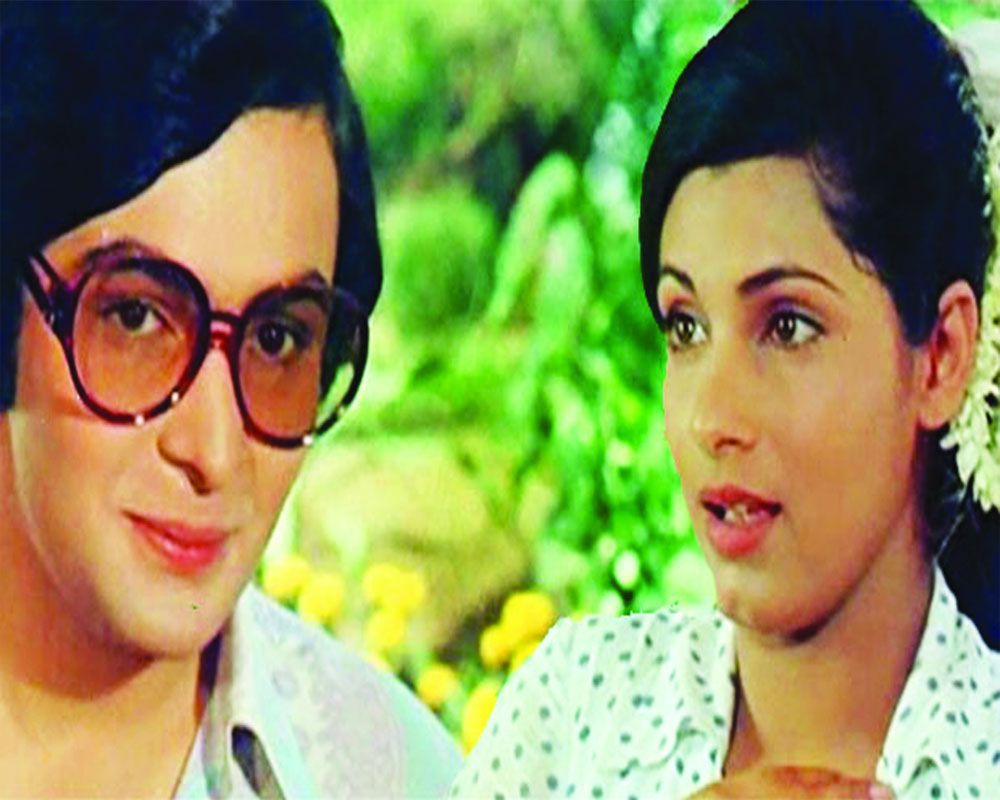 Tasked with covering a film awards function for DD, I was clear that I didn’t want to tread the beaten path of filing a TV report nor take the services of a scribe for interviewing stars

One Friday evening in March 1973, I was summoned by an Assistant Station Director of Delhi’s Doordarshan (DD) and introduced to a charming man. “Yunus Dehlvi runs the influential magazines Shama and Sushma and is organising a film awards function. This is Sudhir Tandon and he will cover your event.” My boss sensed my surprise (for cameramen were not asked to take on the role of a producer-director, unless they themselves came up with a proposal) “As you are to become a producer soon, the Director Television Centre has given this order. Discuss the details of the event with Dehlvi sahib.”

We met the following day at the Convention Hall of New Delhi’s iconic Ashoka Hotel for a recce of the venue and familiarisation with the drill where Yunus’ younger brother Idrees became my point man. I was clear that I didn’t want to tread the beaten path of filing a TV report (summary of the stage show) nor take the customary services of a journalist for interviewing celebrities. Instead, there had to be verve and a certain irreverence in the programme. I inquired of Idrees the names of starlet attendees. We narrowed down on Reena Roy who had been selected for the award of the Best Rising Star. The toil to contact her began as soon as she had checked in at the Ashoka. Even though Idrees had briefed Reena, but every time I called up her room, a lady would tell me to ring up later as she was either taking a nap or was out or was busy.  Finally, on Sunday evening the lady told me that: “Baby has gone to the hairdresser. She’ll contact you on her return” — a refrain that I’d heard earlier. Exasperated, I lost my cool and told her “Ammaji, tell your baby not to bother. She is out of my programme and I’ll find someone better.”

Would my boast work? Harried, I went to Idrees and, on the way, I saw Nargis in her room. “If nothing works out, I’ll approach Nargis (with whom I’d some acquaintance) and request her to salvage the situation,” I thought and asked Idrees, “which other starlets are on your list?” He mentioned Dimple Kapadia. The name sounded faintly familiar. “She’s the 16-year-old heroine of Raj Kapoor’s under-production film,” he explained. Immediately, we rushed to her hotel room.

The wait between the knock on the door and its opening was inexorable. The door opened and a concussion of comeliness hit me. But…she appeared older than 16 years! What transpired between her and Idrees, I couldn’t fathom in those catatonic moments. We were led to a sofa and she disappeared. A man dressed in a black suit appeared and was introduced to me as Chunnibhai — Dimple’s father. My escort briefed him about the purpose of our visit and the father consented. A few minutes later, a girl in white appeared and, immediately she owned the room. Dimple’s presence demanded unwavering attention of those present there. She was sprightly, her big brown eyes hinted at impish intelligence and her face had intimations of self-assurance, playfulness and joy.

Upon hearing my proposal, she giggled, “I have no such experience.” Rolling her eyes, she quipped with disarming candour about how she had fluffed in a school show and even in the Board exams. My heart curled while her hands sculptured the silence with a disciplined eloquence. Soon she intoned, “But why not? I can try.” There was a glint in her eyes and she spoke with a certain elan.

My next worry was to look for the sound recordist who had not turned up even though little time was left for the show to start. Those were the times when film cameras were used for filming outside the TV studios. A sound recordist used a tape recorder to capture sounds. And soon enough, the stars and celebrities began to arrive. That was one occasion in which I’d planned for Dimple to chat with them. But the plan had to be aborted. Nonetheless, I took silent shots not only of the arrivals of the stars but subsequently of the stage show as well. Over 45 minutes into the event the sound recordist turned up, from which point onwards our film had picture and sound in synchronisation.

With the show ending and the opportunity to chat with the stars lost, it was decided that we would go to the Oberoi Hotel where the post-event dinner was to be held. Dimple agreed to the plan. At an appropriate moment in the edited film we see a man and a woman with their backs to the camera. She chides the man, “Hari bhai, aapko sharam nahi aati ki ek ladki thand me thithoor rahi hai aur aap beparwah hain? (Isn’t it shameful that a woman is shivering in this cold and you have no concern)?” Taken aback, Sanjeev Kumar sheepishly muttered something to Dimple and the banter went on. In her chats later with a couple of stars who could be commandeered, she bounced spontaneously from gossip, to the personal, to jocular. She was no slouch either when it came to conversing with the fresh crop from my alma mater, FTII — Shabana Azmi, Kanwaljeet and so on. By the time we packed up, it was nearly 1 am.

The next morning’s newspapers had a big surprise in store not only for me but for all film fans. A box item on the front page exclaimed that superstar Rajesh Khanna had proposed to Dimple the previous night. Since I had missed out on taking close shots of Dimple, I called her up the next day. She readily agreed to come to the DD studio and bring some clothes for the shots. A sari, however, was a big “no” as she had been forbidden to wear it by Raj Kapoor prior to the release of ‘Bobby’. When I enquired about her engagement, she disclosed that she had met Rajesh Khanna soon after our shooting got over and that the turn of events culminated in a commitment.

Editing the stage show was a big problem due to the non-availability of the sync sound. As All India Radio also had recorded the event for its report, I borrowed their tape from my friend and legendry drama producer Dinanath. Because the film camera and the sound recorder run at different speeds, there is always a mismatch between the action, especially the lip movement, and the sound. This mismatch becomes stark in close-ups. Therefore, where it was just impossible to achieve synchronisation, I took recourse to using music, songs and words as a counterpoint to the visuals. This resulted in an added nuance in the programme.

Finding a suitable title for the programme was another headache. The title had to reflect the brand of the magazines and the spirit of the event but I didn’t want it to be vapid or trite, for instance Shama-Sushma Film Awards. I reached out to our senior scenic designer and an Urdu poetry buff in DD. Johri came up with a design in which the melting candles revealed the title Shama-dar-shama. This title also resonated with the lyrics and the ambience of the film Pakeezah which was a rage then and a few dances from which were performed at the function.

Even though I did not accept the position of a producer later, I was still assigned to make a programme on the second edition of the Shama-Sushma Film Awards the following year. This was on the request of the Dehlvis as my programme had received appreciation. While filming, I spotted Dimple Khanna seated in the front row of the Ashoka Convention Hall. We exchanged greetings and in jest, I asked her if she would again want to host my show. She flashed a smile and shook her head. “Sorry. Can’t.”

Moments like modulations come in human relationships. One begins to recall the cadences of the past. Now, a total recall gluts the mind’s screen. But why after nearly five decades? I could not find any record of the debut of the Shama-Sushma Film Awards nor of the date on which Rajesh Khanna proposed to Dimple anywhere on the web. The Dehlvis and their magazines are all gone. My programmes are lost. Maybe, my memory of the event and perhaps Dimple’s first screen appearance for public might reclaim some lost territory. Or, is it the arrogance of a grotesque leap of a private fantasy for public attention? Who knows!