All about despair and cheap thrills

All about despair and cheap thrills 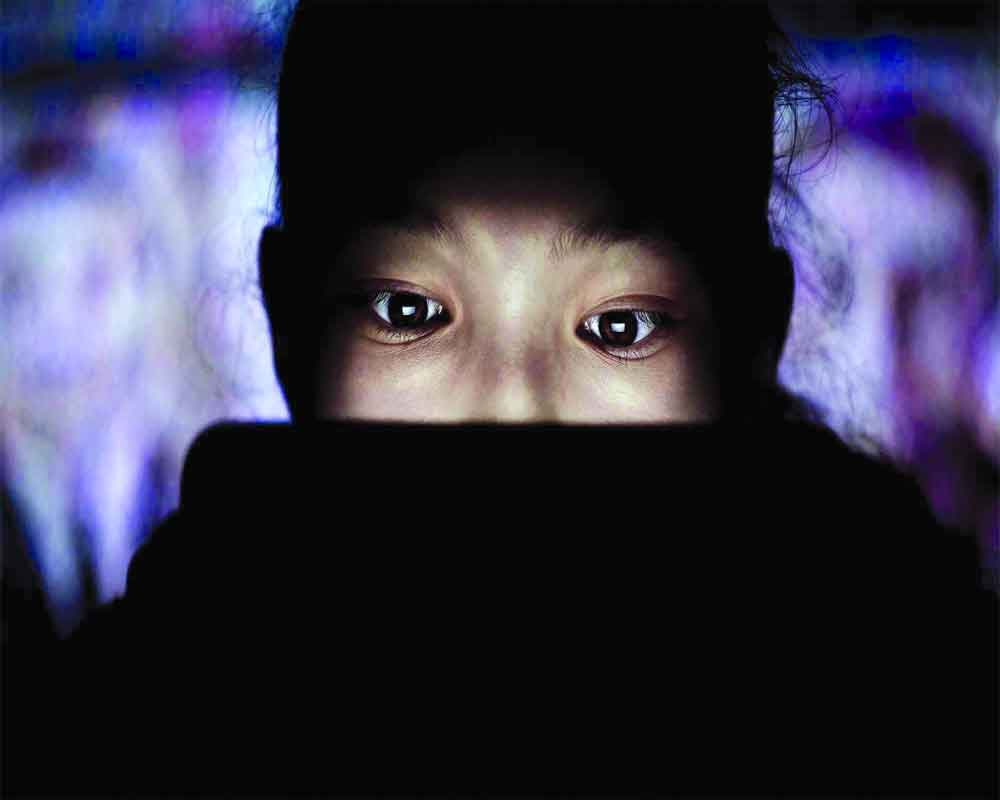 Not a single day passes in Kerala without reports of adolescent girls, young ladies and even middle-aged women eloping with ‘Casanovas’ whom they come across on social media. The sugar-coated messages sent by ‘predators’ either through WhatsApp or social media pages would have them enslaved to the former and that’s how they fix up the rendezvous as the prelude to the path of self- destruction. By the time the victim learns that she has been cheated, she would have crossed the threshold of salvage.

If the victims of the social media drama have been designated as preys of Love Jihad, the West Asian countries to where they are allegedly transported would have boasted of armies of sex slaves. We are good at finding alibis for all our failures. These elopements would continue to hog national limelight till we find out a mechanism to regulate social media usage.

Yet another development is the new found passion among young and old alike for pornographic videos which are mailed through WhatsApp service. Eight-year-olds to octogenarians are passionate about watching the nauseating “art”. The social media platforms have succeeded in converting the consumers as addicts. You are fed with pornographic videos for two days and on the third day, chances are that you will wait anxiously for the new videos portraying new forms of “art”. Remember, it is not because of any fault on the part of the “customers” that they get addicted to social media sites.

Before explaining what Posner and Winston came across, let me say that the pandemic induced shut down of educational institutions and the shift to online classes in States like Tamil Nadu and Kerala saw the elopements and addiction to pornography touching new heights during the last 18 months. Girl students who managed to get smartphones were wooed by Casanovas, and instead of connecting to classrooms where teachers should have led them to the world of modern sciences, technology and literature, they reached the hotel rooms and lodges from which there was no possibility of any returns. “It is worse than drug addiction and thousands of lives have fallen by the wayside,” said C Prakashan, a former scientist with the Regional Analytical Laboratory of the Government of Kerala.

Pramod Pathak, a management guru and columnist of repute, said the parents were responsible for the state of affairs. “We are struggling to create technophiles out of this generation and forgot to impart any lessons on Sanskaar. The great works of Kalidasa have become alien to them,” said Prof Pathak. Chances are that a big majority of our GenNext would tell you that they have not read any books dealing with India’s great culture and tradition because they get it all from their smartphones.

No studies have been held till now to learn the impact of social media on adolescent brains. “The period of adolescence is the most critical and crucial phase after infancy. It is during this period that the human brain registers its growth and its productivity gets going. The adolescents do not have the strength to counter digital overstimulation caused by social media. The crave for social connection is more powerful than hunger for food,” Posner quotes Winston’s findings.

The social media giants have used this weakness of the human brain as their main weapon. “Winston developed a curriculum that links social media, technology and the adolescent brain. The Handbook of the Adolescent Digital Media Use and Mental Health features dangers to young minds posed by an era of hyperconnectivity,” said Posner.

He says that the overuse of social media is a medical threat. “Extensive social media use will leave millions of kids struggling with long term emotional health problems, issues of intimacy and sex and stunted critical thinking and social skills.” Said Posner.

Winston’s team of clinical psychologists and conventional teachers found that no studies have been held to find out the biological effects caused in the human brain by social media. The adolescents do not have any influence or control over the frontal cortex region of the brain. It is this region that determines social interaction and impulse control. “Social media ‘likes’ trigger activation in the same region of the brain as drugs and alcohol. They are neurobiologically incapable of reading Tolstoy’s War and Peace even as an adult,” says Posner and signed off with another shocker. “Social media giants hire PhDs who have studied the field and they use the information to make their platforms more addictive and to expose adolescents to deviant peer norms and around the clock peer feedback. Social media is dangerous to teens,” said Posner. Is anyone listening?

(The writer is a Special Correspondent with The Pioneer. The views expressed are personal.)