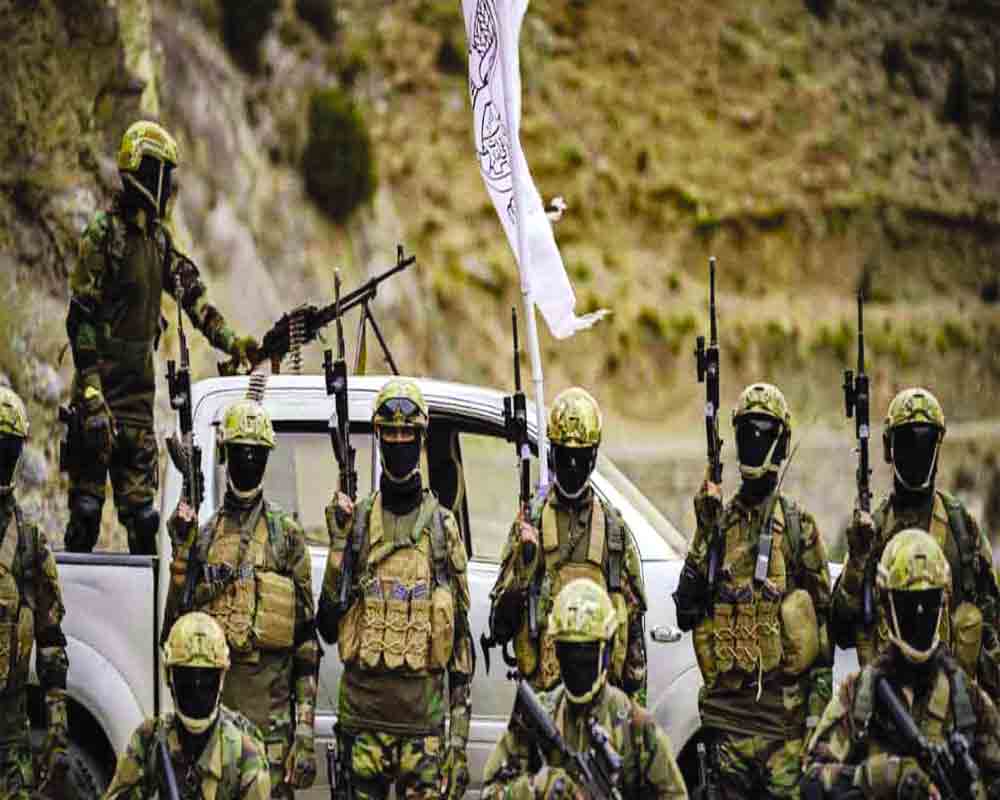 The question is how was the Taliban able to raise such a sophisticated force and who trained and armed its members?

After the unceremonious fall of Kabul there have been numerous reports of Taliban Special Forces Units patrolling the Afghan capital. They are always dressed in tactical outfits ready for deployment at a moment’s notice instead of the traditional ‘salwar’ suit. Carrying US-made M4 rifles, US-style night vision devices, body armour, tactical kneepads, and tactical radios, they are capable of achieving any objective with relative ease.

The question is how was the Taliban able to fund such a highly advanced group of soldiers? The Taliban are not just some rag-tag group of rebels. They are among some of the wealthiest and most powerful in the world. Their annual income is estimated to be around $1.5 billion. According to reports from the UN and NATO, the chief contributors are drug trafficking and opium production, kidnapping and ransom, tax collection, and donations.

According to the UN, the revenue generated from opium production in 2020 was estimated to be around $460 million. The US itself spent $8 billion to try and stop it but knowing the US's history with drugs, especially opium, their true motivation is highly suspect. According to a report by the CIA in 2008, the Taliban received $106 million in donations, mostly from the Gulf States.

The special forces have been specially trained for operations such as assault and house storming with complete tactical precision, which could be the primary reason for the ‘bloodless capture of Kabul.’

These units have the latest arms and defence equipment. It is evident that the Taliban got the state-of-art equipment for the battalion from the departing US Army. It is still an enigma as to who trained them.

The Badri 313 Battalion is currently an elite military unit of the Islamic Emirate of Afghanistan. The group takes its name from the Battle of Badr, which happened on March 13, 624 AD, when the Prophet Muhammad led a victorious battle with 313 men. Elite Taliban units have been reported as being “critical to the taking over of Afghanistan”.The Taliban also has another elite unit known as the Red Unit.

These troops are ideologically aligned closely with al-Qaeda. Units termed “Army of Badr” first carried out suicide attacks and raids on positions associated with the Islamic Republic of Afghanistan and its allies in 2011, reported the Long War Journal. The Badri 313 Battalion already took part in an attack on the Kabul compound of G4S - the British multinational private security company-- in November 2018.

The Taliban now reported that Badri 313 Battalion had secured the presidential palace and other important sites in the city. It was reportedly providing “security” at the Kabul Airport. On Twitter they were mocked for showing off their CIA training - their index fingers were typically not on the rifle triggers.

The unit was previously featured in promotional materials distributed by the Taliban, showing them to be equipped with modern military equipment. In July-August 2021, the Taliban released propaganda on Badri 313 Battalion in local languages, English and Arabic. Videos showed Badri 313 soldiers wearing US military night-vision gear, bulletproof jackets in camouflage clothing and modern American rifles and driving Humvees.

The Taliban now boasts of a large cache of 22 EMB-314 Super Tucano light-attack aircraft equipped with GBU-58 Paveway II laser-guided bombing systems. They have access to “attack helicopters and precision-guided munitions”. They have captured six MI-24 heavy attack helicopters apparently gifted to the Afghan Air Force by India in 2019. These formidable gunships are capable of fearsome, low-level attack in ground fire conditions. It is a cause for grave concern that 11 American MD-530F light-armed helicopters designed for rapid, low-level attack missions and for special operations are now in their hands in addition to 35 US Black Hawk helicopters, 76 Russian MI-17 utility helicopters, five Cessna Combat Caravan airplanes, and 12 Pilatus PC-12 aircraft. However, they do not have trained pilots and maintenance staff for the attack helicopters for which they may depend upon Pakistan and China.

The biggest aircraft the Taliban now have access to is the C-130 Hercules. They are capable of special operations even from unprepared runway and highly flexible for even Special Forces operations. If the Taliban can get them off the ground, imagine what this means for them.

Gilles Dorronsoro, a specialist on Afghanistan at Sorbonne University in Paris, said these commandos, was part of a larger trend. “We've seen a remarkable professionalisation of the Taliban since the middle of the 2000s,” he said.