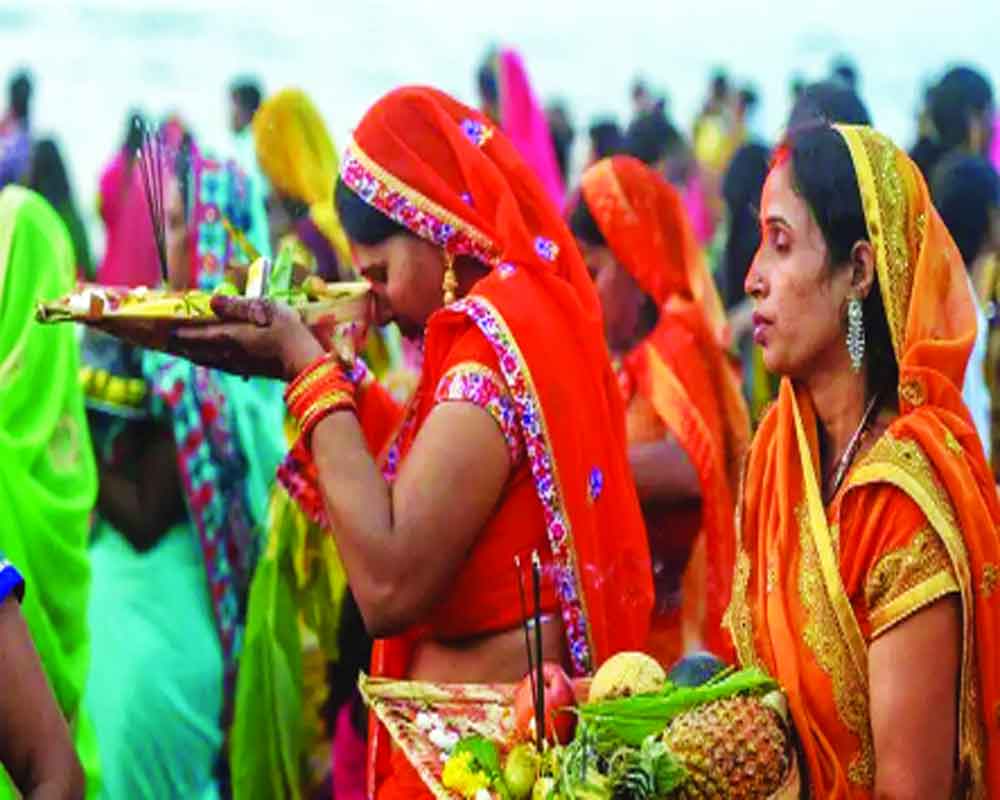 After its decision to ban Chhath puja, the Delhi Govt writes to the Centre seeking guidelines

Politics, as expected, mars the festival season, more so in Delhi. The ruling Aam Aadmi Party and the Bharatiya Janata Party are locked in a fistfight over people’s participation in the Chhath Puja, scheduled for November 10. Both have deliberately dragged the “uttaranchalis” -- people of Bihar and eastern Uttar Pradesh -- into the imbroglio. In 2020, when the country was under the deathly spell of the COVID-19 pandemic, politics took a back seat as the Union and State Governments banned the public celebration of all festivals. Neither the AAP nor the BJP or any of the fringe religious outfits thought of politicising the festivals. This time around, the pandemic situation has improved, and politics has reared its head once again. It began with the Delhi Pollution Control Committee on September 29 ordering a complete ban on the sale and bursting of firecrackers till January 1, 2022. Rajasthan and Haryana followed suit though Uttar Pradesh is still silent on the issue this year.  As the fireworks issue is directly linked to pollution, parties saw little scope for deriving political mileage. The Supreme Court, too, said it could not endanger people’s right to life by allowing the use of crackers containing chemicals.

The Delhi Government followed up the cracker ban with an order that the Chhath Puja will not be allowed in public places, public grounds, riverbanks, and temples. The Delhi Disaster Management Authority (DDMA) cited the pandemic and advised the people to celebrate it at home. Delhi’s Lieutenant Governor Anil Baijal chaired the DDMA meeting in which, apart from Delhi ministers, AIIMS Delhi, senior officers of NITI Aayog, ICMR, and the NDMA were present. Strangely, the same DDMA lifted restrictions on large gatherings for Ramleela and Durga Puja, though with safety protocols in place. Crowds were allowed at these events if they adhered to social distancing and other COVID appropriate norms. The BJP, which was agreeable to the Delhi Government permitting crowds at Ramleela; however, protested the ban on Chhath Puja. It raised the bogey of “uttaranchali” people of Delhi and lodged several protests. As politics heated up in the national Capital, Delhi’s Deputy Chief Minister Manish Sisodia, wrote to the Centre asking it to issue Chhath guidelines. Perhaps aware of the political implications of angering the sizeable population of “uttaranchalis” in Delhi, Sisodia recalled that Chhath is a historic festival and sought Central guidelines in order to facilitate these people to celebrate it. Did he forget, conveniently, that his Government had banned the celebrations and that the meeting was attended by the Lt Governor and Central COVID task force members?  Or was he obliquely shifting the responsibility to the Centre? In any case, the safety guidelines during festivals have long proved ineffective because they are illogical. There is no way of a crowd maintaining social distancing, for instance.