Birthday bashes and the personality cult of leaders

Birthday bashes and the personality cult of leaders 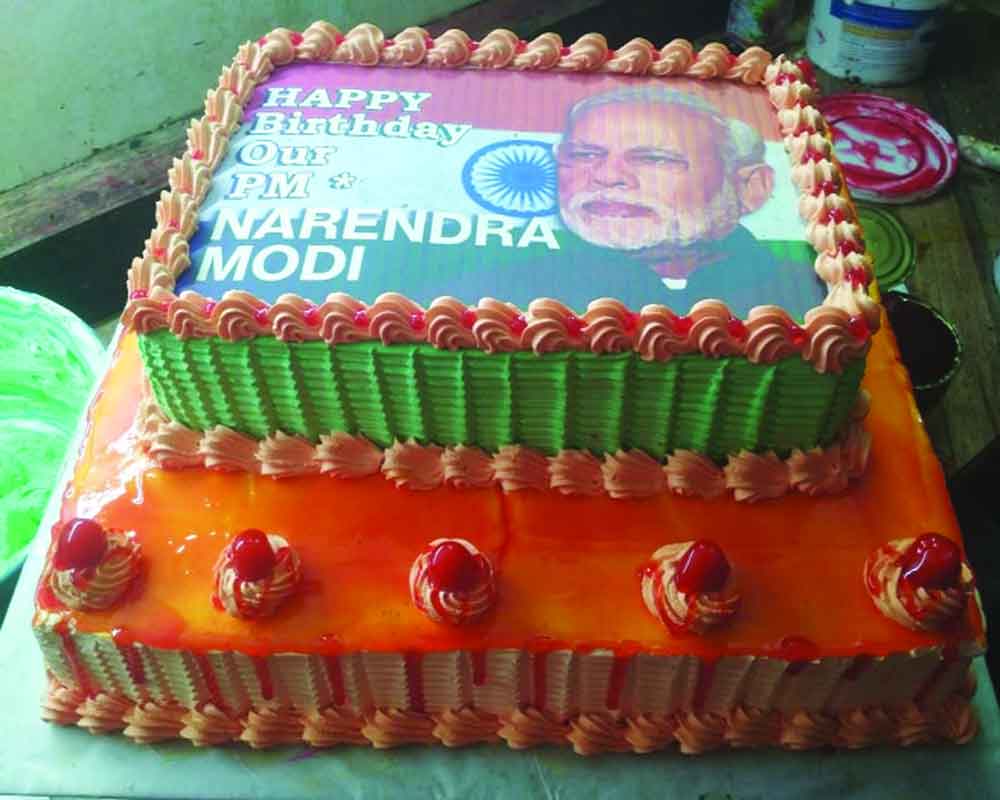 Who does not want a birthday bash, particularly politicians? It has been in vogue for many years, particularly among the famous and populist leaders. There are dedicated birthday functions for Jawaharlal Nehru, Mahatma Gandhi, Indira Gandhi, B R Ambedkar, and so on.

It is normal practice for supporters to greet their leaders with flowers and cakes.  The bigger the cake they get, the better the leader is pleased with his courtiers. RJD chief Lalu Prasad Yadav celebrates his birthday with secular cakes. On his 55th birthday, the cake was shaped like a church, masjid, and temple.  Late Tamil Nadu Chief Minister Jayalalithaa once cut a cake in the shape of parliament, revealing her ambition for a national role.

Mayawati uses her birthday for crowdfunding and gets enormous amounts for her party on January 16.  Samajwadi Party patriarch Mulayam Singh Yadav was presented an 81-kilo "laddoo" when he turned 80 in November 2019. On Narendra Modi's birthday in 2019, a Surat bakery baked a 700-foot-long cake. In Delhi, BJP MPs cut a 370 kg cake to celebrate the revocation of Article 370.

The BJP too has found novel ways of celebrating birthday events. For instance, the silver jubilee function of the party held in Mumbai in 2005 had BJP leader Atal Bihari Vajpayee emerging from a vast lotus built for the occasion at the Shivaji stadium.

The BJP plans to celebrate Prime Minister Narendra Modi's 71st birthday as a mega event. A flurry of events is scheduled from September 17 (his birthday) till October 7 (when he became Gujarat Chief Minister 20 years ago). Last year, there were no grand birthday celebrations when Modi turned 70 because of the pandemic.

In the past, his birthday was marked as "Seva Saptah". The drive this year has been widened as "Seva our Samarpan Abhiyan"in tribute to his service and dedication. This period will also include the birth anniversaries of Mahatma Gandhi (October 2) and Deen Dayal Upadhyay (September 25).

The campaign will focus on how Modi had handled the aftermath of the Bhuj earthquake and how he managed to create brands such as the Gujarat Model and Vibrant Gujarat. Five crore'Thank You Modiji' postcards will be mailed directly to him as a token of gratitude. Fourteen ration bags with Modi's picture will be distributed. Videos and documentaries will be shown projecting Modi as the messiah of the poor.

The Covid-19pandemic is not yet over. Then why these gala functions?

Internationally, Modi has much to be pleased about. Morning Consult, a US research firm has recently given Modi the highest approval rating of 70 per cent among global leaders. He led the chart that tracked 12 other leaders. Japan's Yoshihide Suga was at the bottom.

No doubt the opposition, which is looking for an issue, has criticised this mega programme when people still suffer from Covid-19. They point out that mishandling the pandemic is one of the significant failures of the Modi government, particularly the second wave, which took everyone unawares. The economy is down, and there is massive unemployment, inflation and price rise. So, what is there to rejoice, they ask.

Modi is aware of how important image-building is for a politician. Elections are scheduled in half a dozen states, including UP, early next year. The party's election machinery has already been activated. The birthday celebrations will give a boost to the party cadres and prepare them to face the elections.

Further, they are intended to make Modi a cult figure, through BJP's parent organisation, RSS, is against such culture. Many regional leaders practice personality cults, including Mamata Banerjee, Mayawati, Kejriwal, Lalu Prasad Yadav, and others who have their own fiefdoms. These little tinpot dictators coexist in a democracy with their personality cults, which is indeed a paradox.

Modi is presently in the mid-term of his second stint. Despite fulfilling most of the RSS-BJP core agenda like revoking Article 370 and building of Ram Mandir at Ayodhya, Covid-19 has unexpectedly ruined the BJP's plans for the 2024 Lok Sabha polls. His courtiers argue what is wrong with using the birthday as an occasion to project Modi as pro-poor. They contend that one should not grudge Modi his birthday bashes. After all, it is now clear that Modi is BJP and BJP is Modi and damage to one will damage the other.  Birthday bashes are indeed a show of strength.

(The writer is a retired Indian Railways professional and consultant. The views expressed are personal.)