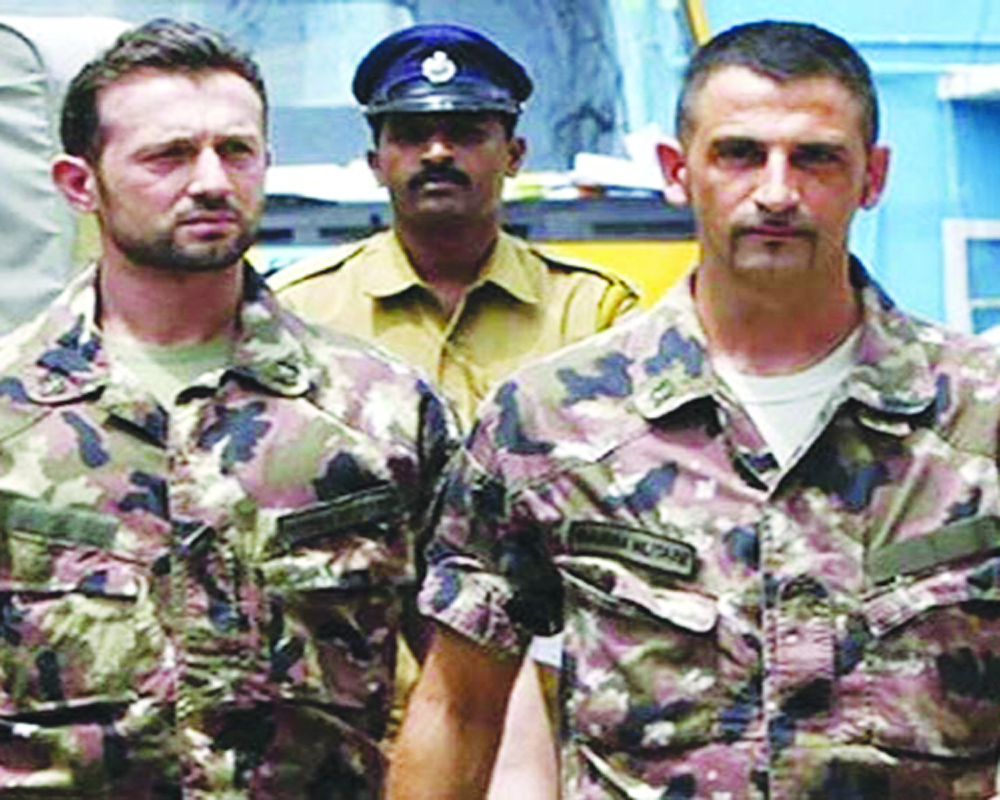 The closed case of the Italian marines is mired not only in legality but in morality, too

More than nine years after they shot dead two fishermen off the Kerala coast, the Supreme Court has quashed the criminal charges against Massimilano Latorre and Salvatore Girone, the two Italian marines on board the Enrica Lexie and accepted the compensation of Rs 10 crore deposited by the Government of Italy. The Division Bench directed the Governments of Italy, India and Kerala to coordinate in respect to disbursement of the compensation, which is to be deposited with the Supreme Court Registry. With this, all legal proceedings initiated against the marines stand cancelled. Doramma, the widow of Valentine, and the sisters of younger victim Ajeesh Pink are to get Rs 4 crore each. The owner of the damaged boat, St Antony, would get Rs 2 crore. This is over and above the ex gratia amount of Rs 1 crore each paid to the parties. The long-drawn case has already vanished from the public mind, especially after the legal heirs of the deceased fishermen withdrew their affidavits and submissions to the Kerala High Court in April 2012. The fate of the case was sealed then and there, according to a Kochi-based marine law expert.

The incident dates back to 2012 when Kerala was ruled by Oommen Chandy and the Union was headed by Manmohan Singh. However, the Catholic Church’s role in the issue hasn’t been in the public domain. For one, there has been Cardinal George Alencherry, head of the Catholic sect in Kerala, who was quoted in the immediate aftermath of the mariners’ arrest as boastfully saying that he would remain in “close contact with the Catholic ministers of Kerala who would help pacify the situation”. Meanwhile, the take of Jayapalayan, president of the South Indian Fishermen’s Federation, is that the blood money concept is alien to India. Similarly, VM Shyam Kumar, the counsel for the sisters of Ajeesh Pink, asked: “Italy could afford to pay the compensation. Had the ship belonged to a poor country, what would be the consequences?” Those who question the legality of blood money in the Enrica Lexie case should bear in mind that many Indians accused of murder have been saved in West Asia after paying blood money. Last week saw MA Yousuf Ali, a Gulf-based businessman, paying Rs 1 crore to save Becks Krishna, a Thrissur youth, from the gallows for killing a Sudanese youth in the UAE. It should be two-way traffic, isn’t it?