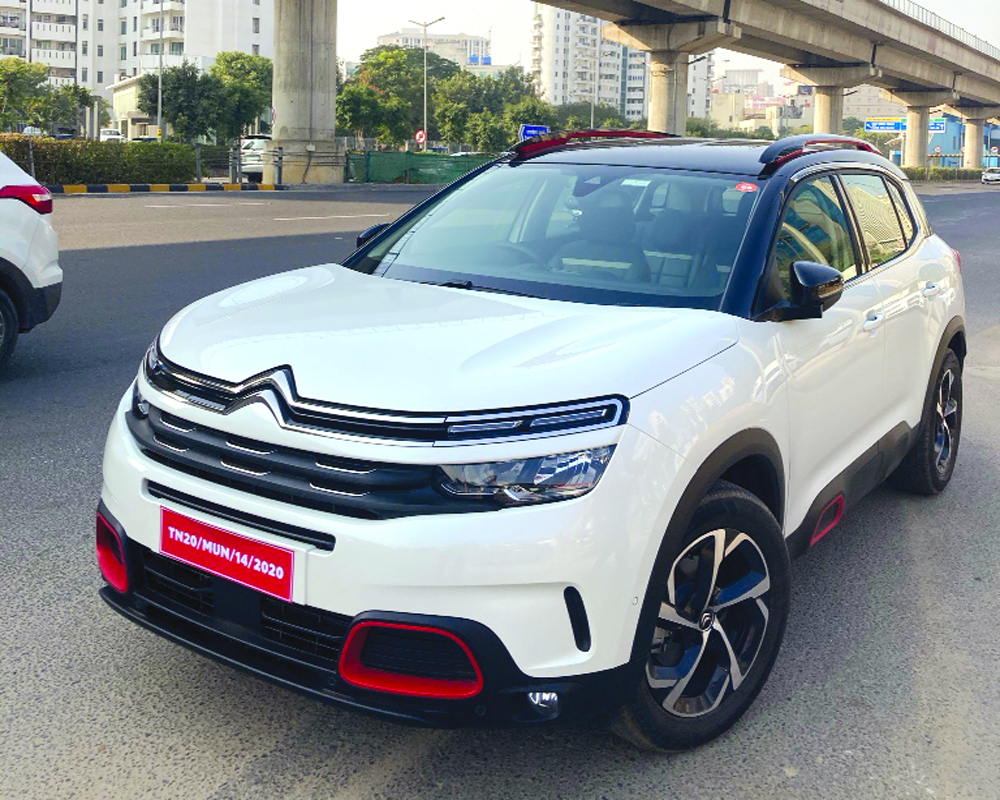 Wait a minute, you might say after reading the headline. Isn’t Renault already a well-established French brand in India? Yes, they are, but they don’t really sell you French cars, because what you really get are rebadged Dacia’s, which are Romanian. So the Citroen C5 Aircross is technically, the first proper French car we have seen in India in over two decades, since their sister-firm Peugeot had come to India in the mid-1990’s with the 309 sedan. A school friend’s dad actually owned one of those lovely cars, but well, the mid-90’s was a bit too early for the sedan market. Peugeot made an attempt to come back in the early 2010’s but that was put off as well, although their 1.5-litre diesel engine did service on many cars most notably on the diesel Zen hatchback.

Of course, things have changed a lot in the intervening quarter-century. Groupe PSA, the alliance of Citroen and Peugeot had in 2017 announced their serious plans to re-enter the Indian market with the Citroen brand, and in mid-2019 had even showcased the C5 Aircross as the vehicle that would start their journey in India and had announced that they would be establishing a factory near Chennai. Of course then COVID happened and Citroen’s plans got delayed by a bit to early-2021 and the car is the subject of the rest of the piece. But before we get to the C5 Aircross, there is another important aspect of global multinationals that we have to mention here, the fact that Groupe PSA has now merged with Fiat-Chrysler to form ‘Stellantis’. Of course, size and scale are useful particularly as the world moves to new forms of motive power and new competition emerges particularly from China, but in the Indian context this is interesting simply because we still do not know how this will impact Citroen and Jeep who are now sister-firms. While the C5 Aircross is expected to be slightly pricier than the Compass, they are in many respects going head-to-head against each other in the market.

Back to the car, the Citroen C5 Aircross. By all indications from the manufacturer, the Aircross will enter the  Rs  25-30 lakh segment. It will have a two-litre diesel engine with around 170PS, a bit down on its rivals which are the Jeep Compass, Hyundai Tucson and crucially, the Toyota Innova. The last named vehicle remains the market leader in that segment for a reason. If you want space and reliability you can’t really compete with the Innova, it is just that it is not the best car in the world to drive. I’m not saying the Innova is not fun, it is just that it is a tad boring and quite large. As for the other two, which are also five-seat SUV’s, we will get back later.

Citroen is pitching its car to the Indian market as a ‘Comfort Class Drive’, they are selling the car on its unique hydraulic shock-absorbers which cushion the suspension against the worst of roads, and it works. The C5 Aircross is a wonderfully comfortable vehicle, coupled with one of the quietest cabins I have driven in, especially in its class. The front seats, with their nice cushioning let you sink in and feel nicely ensconced. Of course, you can’t take away the stress you get from other road users, but with the eight-speed gearbox, the car itself is a breeze to drive. Personally, I didn’t open up the Aircross during my drive, the traffic precluded me from doing that, but the car is wonderful to drive in the city, on highways and on bumpy rural patches.

Now come the quirks, starting with the rather interesting rear bench. On the face of it making the rear bench into three equal parts, where the middle passenger does not get squeezed, coupled with the fact that the C5 is a lot wider than the competition, over ten centimetres wider, and while that might not seem like much, it does make a difference. But do the seats make sense in India, having a 33-33-33 split instead of the standard 40-20-40 split? Well, if you have a family with three children, it does. This is an European designed for families after all, and then it makes sense.

But talking about the bench with my friend Yogendra Pratap, Editor of Auto Today and the Chairperson of the Indian Car Of The Year (ICOTY) jury, he asked a very pertinent question. If this car is going to be targeted towards rear-seat passengers, it is not just the car that needed to be wider, so did the seats. The 40-20-40 set-up of seats on most cars, whether it is an i20 or a BMW 5-series accounts for a simple fact, most standard cars are designed for two back seat adult passengers and you only take a third in a pinch. Have you ever been on a long drive with three adults at the back? Let me assure you, if you haven’t, it is not comfortable at all. Yes, the Citroen’s seats are movable and individually foldable, which is great for space, but this is a problem for a certain set of buyers who rarely drive. Going up against the Jeep Compass for example, where the rear bench might not have the rear cushioning but is more ‘standard’, the C5 loses out. Of course, you can argue that if you really want to sit at the back, you should just buy the Innova, which is a fair argument against which there really isn’t much debate, but if you are buying the C5 Aircross to be different, buying it to be driven around is going to be an issue. Well, with the centre console and rear air-con vents impeding the middle passengers legroom, I really can’t argue that the equal bench helps that one passenger in the vehicle a lot.

But coming to driving the car yourself, I did have an interesting thought. The C5 Aircross, assembled in India gives you a degree of European refinement, evident in the bodywork and particularly the quite lovely digital instrument cluster whose font design is great. But is the C5 Aircross better to buy than a BMW X1 SDrive 2.0 Diesel? Particularly the top-end ‘Shine’ model of the Aircross that has the panoramic sunroof and the LED lights, you are getting everything the BMW has and more, because the 2021 X1 does not come with BMW’s fabulous digital display. And the French car will be Rs  10 lakh plus cheaper than the German car. There are issues like badge value and the fact that while Citroen is building up its brand, the BMW X1 has established itself as a competitor and the BMW badge has immense value. Personally I’d prefer a French Chablis over a German Riesling, but when it comes to cars, especially when you are paying a third more? Think about it.