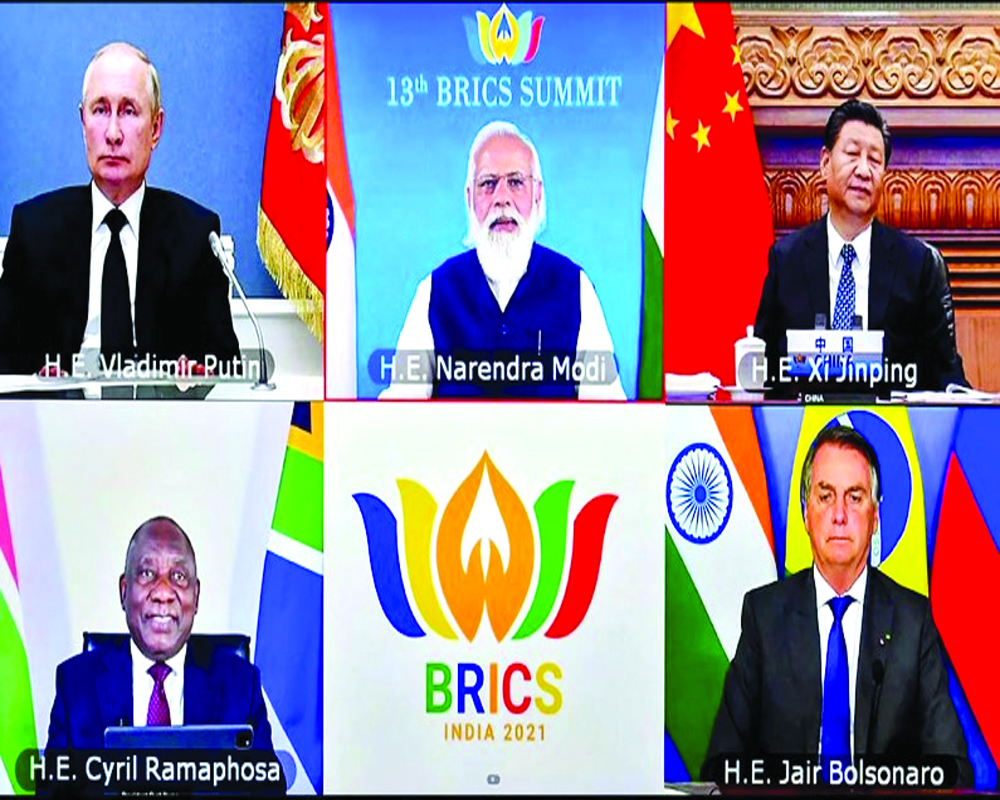 A bunch of regional and multilateral dialogues are coming India's way between September and the last quarter of 2021. As a follow up to the BRICS summit, India participated in the Shanghai Cooperation organization (SCO) meeting in Dushanbe this week. External affairs minister S Jaishankar travelled there and Prime minister Narendra Modi addressed the meeting virtually.

In the wake of the developments in Afghanistan, any opportunity for India to spread its diplomatic clout on the events unfolding in Central Asia is crucial. The SCO has a formidable bunch of representation from nearly all countries that have a say in Central and South Asia. However, therein lies its biggest failure to develop as a regional dialogue platform for Central Asia.

The SCO has a whole laundry list of ambitious goals such as promoting mutual trust and neighbourliness among members, ensuring peace, stability and security in the region based on principles of non-alignment and “non-targeting any third country and openness”.The events in India's eastern border with direct military interventions by China in 2020 and the on-going tensions may seem contradictory to any of the goals. The SCO, like another regional platform BRICS, was primarily a body sponsored by China and Russia to challenge the US in a “unipolar” world and establish the centrality of these powers. When it was conceived, India was still aligning itself to the suddenly new unipolar world having been indecisive about the path it oughtto choose for a prosperous future. However, in the last decade or so, a strategic shift has been made to migrate to a US-India strategic relationship based on mutual economic interests and security specially in the Indo-Pacific region. There is growing confidence among the two largest democracies to deal with the new challenges of the global order based on shared targets and economic prosperity.

Coming back to SCO, India focussed on the Afghanistan crisis during its dialogue with SCO leaders. It is significant since this is the second timein a fortnight that  top leaders of Russia, China and India spoke to one another on  Afghanistan and the overall security situation in the region. The External Affairs minister held bilaterals with his counterparts of Russia and Iran on the situation prevailing in the region. Earlier, India had reiterated its position on providing non-discriminatory and direct distribution of humanitarian assistance to all groups in Afghanistan under the UN banner.

It may be recalled India held the presidency of the security council in August and managed to get a resolution passed on Afghanistan with Russia and China abstaining. The pressure from China and some other SCO members to formally recognize the Taliban government exists. India needs to watch its step. The SCO in its current avatar also needs to bring in democratic reforms and work towards mutual trust of its member-states and dialogue partners before it can challenge alliances like Nato.

Next up in September is the high-level personal dialogue of Modi with President Biden during the Quad summit. In the wake of an aggressive China emerging as athreat for the four large economies of the US, Australia, Japan and India, the Quad grouping has significant potential. The agenda of the summit consists of dialogue on critical and emerging technologies, connectivity and infrastructure, cyber security, maritime security, humanitarian assistance, disaster relief, climate change, and the Indo Pacific region. Any five of these strategic goals, if followed through, have a huge potential tocreate significant economic opportunities for Quad members. Its leadership needs to start publicizing its targets in their respective media for more broad-based participation.