Busting the myth of a failed meritocracy

Busting the myth of a failed meritocracy 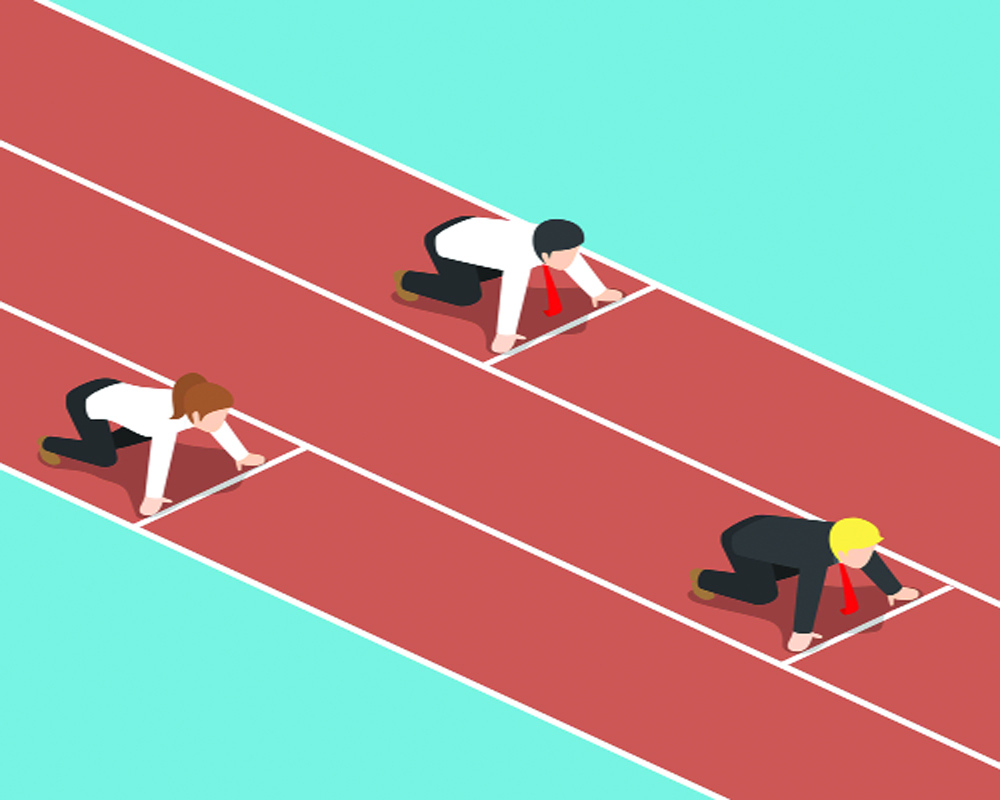 At a time when quality employment has dried up and there is growing inequality, we need to scrutinise the elitist foundations of meritocratic ideals and policy

Ever since Michael Young coined the term ‘Meritocracy’ in his brilliantly dystopian portrayal in ‘The Rise of Meritocracy’ in 1958, it has become a leading social ideal of our times. Meritocratic standards gave us the promise of breaking down established hierarchies of privilege. Meritocracy has been seen as an instrument of upward social mobility as it promises an even playing field — rewarding talent, ability, effort and hard work, thereby downplaying the role of one’s social position and wealth as determined by the lottery of birth. However, in reality, it has become a smokescreen for inequality favouring the elite in contemporary times.

Meritocracy has been the top agenda of political parties across the spectrum for decades since people find it the most convincing way to achieve an egalitarian society. When we ruminate about meritocracy as the best alternative way for a community to function, we also must consider that merit largely depends on one’s socio-economic status, gender and family. Merit is a product of privilege and has taken the shape of “neo-inheritance.” Wealthy parents pass their privilege to their children. In the old-world order, people inherited wealth, which allowed them to produce more wealth; in the current system, parents have to have succeeded at the human capital game to concoct their child’s human capital to be competitive.

Research has shown that children of meritocratically successful parents always have an edge in building skills that will allow them to succeed in life since the elite get their children admitted to the best educational institutions, which were seen as passports to the best jobs and elite positions.

This “hereditary meritocracy” has given rise to this new “meritocratic aristocracy.” Thus, it takes the form of a vicious cycle in which educational accomplishments and wealth reinforce each other from one generation to the next.

People often speak about “equality of opportunity” as the big Indian aspiration. But having anything close to equal opportunity would require a severe radical re-engineering of our society from top to bottom as access to resources remains a fundamental issue. As long as there are significant wealth inequalities, there will be colossal differences in children’s opportunities. The place where an individual is born, the community they grew up in and the institutions they attend shapes them. The wide disparities in every sphere of life are considerably evident in the Indian context. Suppose a child had miserable primary schooling, no matter which institution s/he later attends, s/he won’t be able to do the best because of the poor foundation. No matter what admissions criteria are set, affluent children will unequivocally have the advantage. If we focus on entrance examinations, parents will pay for extra-tutoring and entrance preparation courses. If we concentrate instead on “holistic” or “all-round” qualities. Certainly, wealth always confers a greater capacity to proffer privileged children the edge over other people’s children in terms of opportunities and resources. If we want anything resembling a “meritocracy” in the truest sense of the term, we would probably have to start by institutionalising full egalitarian communism.

Not just opportunities, “old boys club” of elite networks as a form of lobbying in upper echelons (closed-door policies) and absence of professors from marginalised communities in leading academic and research institutions in India (despite having constitutionally mandated affirmative action policies) show the deep-embedded flaws in the system.

We have divided our society into winners and losers where the cost of even coming second is unfortunately too high. In fact, in the popular sitcom ‘Breaking Bad’, being brilliant at chemistry was not enough to guarantee mainstream career progression or survival.

These structural inequalities present in the system further deepen class consciousness (as education reinforces class lines) wherein the elite fail to feel the wind of privilege as they believe they are entitled to their privilege, and those born into disadvantage are convinced they have themselves to blame for their inadequacy to overcome the sizeable barriers to social mobility.

The elite, plagued by their insecurities perpetuate this as it licences them to view themselves as productive geniuses offering moral assurance and personal flattery. Recent research in neuroscience and psychology suggests that “believing in meritocracy makes people more selfish, less self-critical and even more prone to acting in discriminatory ways.”

Still, people find the notion of meritocracy appealing: It carries with it the idea of moving beyond where you start in life. However, the ideal has failed. We all need to acknowledge these deep structural inequalities and that everyone in this world does not have the same starting point. At a time when quality employment has dried up, and there is growing inequality, we need to  scrutinise the elitist foundations of meritocratic ideals and meritocratic policy practice bringing about reforms like equalising education to ensure that the system is just and fair, where everyone gets equal opportunities to flourish, achieving social mobility and social solidarity in the long run.

The writer is founder, covidaidindia.in and a post-graduate student at IIT Gandhinagar.The views expressed are personal.