Captain can force a hung Assembly in Punjab

Captain can force a hung Assembly in Punjab 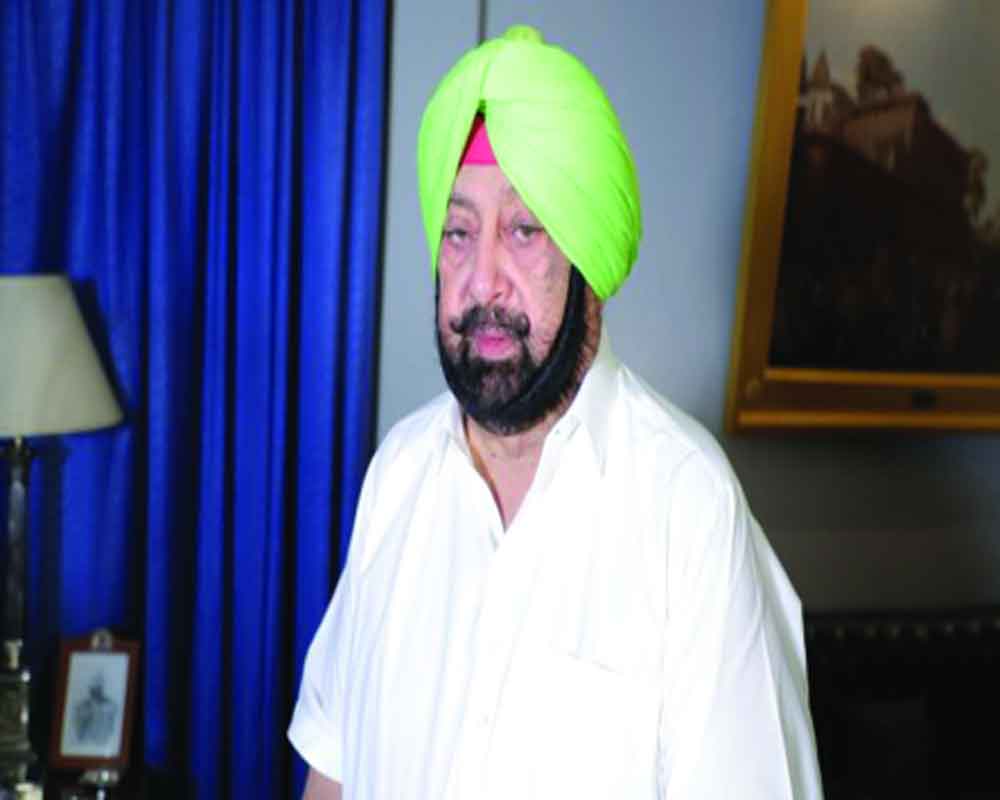 Even if the Captain’s new outfit does not win enough seats, it will damage the Congress. This is what the Punjab Opposition parties want

What is the big picture in poll-bound Punjab after the exit of the former Chief Minister Captain Amarinder Singh?  The emerging scenario is that Punjab will face a multi-cornered fight. In that event, no party or a coalition is in a position to get a majority. Depending on who needs whom, there is bound to be post-poll realignments as it could be a hung assembly or a coalition government.

Till now, power-sharing has rotated between Shiromani Akali Dal coalition and Congress in Punjab. In 2017, the Aam Aadmi Party tried to upset this trend but could not succeed as the Congress under the Captain won handsomely. This time the equations have changed, and SAD had walked out of NDA coalition last year on the issue of the farm laws. AAP continues to be ambitious to expand. Akali Dal has tied up with BSP. The Captain is keen to partner with BJP and breakaway units of Akali Dal.

Before the Congress party high command threw out Singh unceremoniously, it was almost sure to win the State, but now its Punjab unit is weakened. New chief minister Charanjit Singh Channi may not be able to win with indiscipline and factionalism facing the party.  There is also an impression that Channi is only a stop-gap arrangement to keep the seat warm for Sidhu. It is Rahul Gandhi and Priyanka Gandhi Vadra who stoked Sidhu’s ambition and made him the party chief in Punjab. Now he remains an unguided missile harming the Congress prospects.

This is not the first time Captain has floated his own outfit. In 1984, he joined SAD to protest the army entering the Golden Temple. In 1992, Singh formed his political group called the SAD (Panthic) but merged it with Congress which he re-joined in 1997. Since then, Amarinder has remained in Congress and became the chief minister twice between 2002-2007 and then between 2017-2021.

The miffed Captain is clear on one thing — to damage Congress prospects in the upcoming assembly polls.  He is willing to take anybody’s help to achieve his goal.

There is a rider to his proposed alliance with BJP. As Punjab has been in the midst of farmers’ protests over the controversial farm laws for the last one year, an early resolution to the prevailing farm crisis is key to Amarinder’s political ambitions. He hopes to play the middle man between the striking farmers and the Centre to resolve the situation.  He might have already worked out a face-saving formula for the BJP.

Amarinder has clarified that his primary political plan for the polls will centre around peace and security apart from farming. Even if his new outfit does not win enough seats, if his party can get about five percent votes, it will damage Congress. This is what all the Punjab opposition parties want. Whether he can poach on the Congress or whether they will come to join his new party is unknown. Politicians are very shrewd where their self-interests are concerned.

Singh has been warming up to the BJP even as chief minister. He supported the Centre on security matters. For instance, he was with the Centre on the ‘surgical strikes’ post-Pulwama terror attack, and more recently, the Union government’s decision to extend the Border Security Force’s jurisdiction in Punjab.

How will the Captain’s ambitious plan affect the other parties in Punjab with just four months left for the polls?  For the Captain, it is a challenge before he bows out of politics, and he has already said that he will leave politics “only in victory, not in defeat.”

The BJP is indeed a marginal force in Punjab. In 2017, SAD was BJP’s senior alliance partner and a long-time ally. The party is now hoping for a resolution with the protesting farmers through the Captain. Amarinder Singh’s exit from the Congress was an unexpected bonus as the BJP lacks a credible chief ministerial face.

A partnership with the Maharaja would give an advantage to BJP and also weaken Congress. His moderate image and army background also suit the BJP’s style of majoritarian politics. The farmer’s agitation has added to the BJP’s discomfort. The party would welcome anyone and anything credible. Singh does not have time to build the party, and the BJP can provide him with organizational support and finance.

The ultimate loser is Congress unless it manages to win miraculously. For now, it is wartime for all parties.