Caste in UP polls: A case of Brahmins

Caste in UP polls: A case of Brahmins 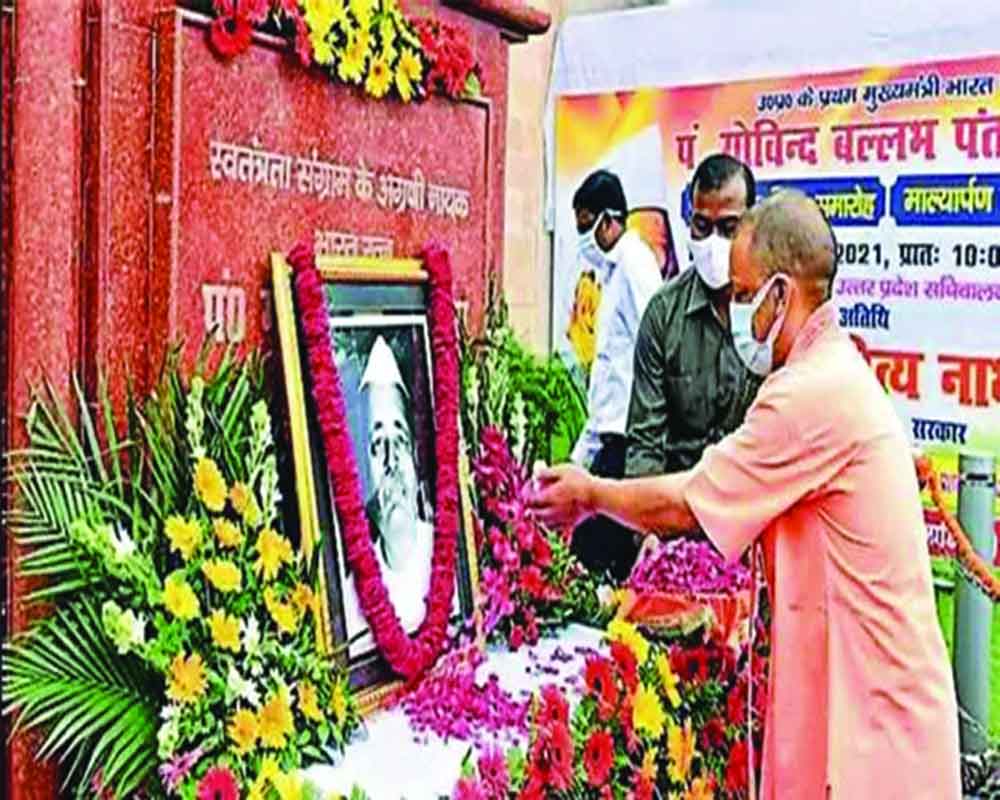 Political parties, gearing up for the Assembly elections in Uttar Pradesh, are looking for new political strategies that could bring them back to power. Caste and religion are the two basic fundamentals on which this election would be contested and the parties are planning their strategies around these planks. In this melee, the biggest casualty is development as no political party is talking about it. “Sadak, pani, bijli” is no longer an issue for them, but caste and religion are.

Just a few months back the opposition parties were tearing apart the Yogi Government for its failure to prevent deaths of people in the second wave of COVID-19. Then there were issues of poor law and order and lack of governance which the opposition claimed will prove detrimental for the ruling BJP. We were expecting protests across the state, almost every day, highlighting people's issues. We were expecting the opposition would come up with a vision and project itself as an alternative to the BJP; nothing of that sort has happened so far.

For the last one month, dengue and viral fever have been raging in western Uttar Pradesh where over 100 children have died so far. Senior leaders have criticized the government by issuing statements through tweets but none of the top opposition leaders has visited the affected region. Opposition leaders of substance merely shared their agonies through press notes.

The shades of what we can expect in the elections have started emanating when Aam Aadmi Party (AAP) claimed that it will start its Tiranga Yatra after "darshan of Ram Lalla" in Ayodhya. Samajwadi Party national president Akhilesh Yadav has started hopping from one temple to another while in an attempt to invigorate Muslims, Asaduddin Owaisi, President of the All India Majlis-e-Ittehadul Muslimeen (AIMIM), has raised the issue of the razing of a mosque in Barabanki. He even targeted the Samajwadi Party saying why it did not protest.

The Bharatiya Janata Party, on the other hand, is silently working on its Hindutva agenda. Chief Minister Yogi Adityanath has declared a 10 sq. km.-area around the Krishna Janmashtami around Mathura-Vrindavan as pilgrimage area thus prohibiting sale of liquor and meat in 22 wards of Mathura city. The Deepotsava in Ayodhya would be a grand affair this year. Prime Minister Narendra Modi is likely to attend the program when the government will attempt to break the Guinness record by lighting over seven lakh diyas.

Then there is caste which is the fulcrum of elections in Uttar Pradesh since the Mandal days. The emergence of smaller caste parties that have influence in small pockets has changed poll dynamics. The big parties are too eager to align with them realizing that all small gains can catapult them into power. This is evident the way Bharatiya Janata Party is trying to woo Apna Dal, a Kurmi based party and Nishad party, that has influence among Nishads - the boating community.

Akhilesh Yadav too has shown his willingness to align with smaller parties as he has publicly claimed that Samajwadi Party will not forge an alliance with big parties but his party's doors are always open for smaller parties. He has already declared an alliance with Mahan Dal and is also in touch with Om Prakash Rajbhar, an OBC leader whose SuheldevBharatiya Samaj Party, is an alliance with AIMIM but he is looking for greener pasture.

Castes like Sahus, Kashyaps, Sainis, Kushwahas, Mauryas, Shakyas, Pals, Dhangars, Gaderiyas, Kumhars, Nishads, and Mallas are much in "demand". The BJP in 2017 had also expanded its reach among Other Backward Castes (OBCs), by allying with Om Prakash Rajbhar's Suheldev Bhartiya Samaj Party (SBSP) and the Nishad Party in 2019. The SBSP, however, broke off ties after the 2019 Lok Sabha elections despite Rajbhar being made a cabinet minister in the Yogi Government and his son and other supporters given chairmanships of state-run corporations.

On the other hand, Samajwadi Party is focussing on Kurmis, Mauryas, Sainis, Sahus, Kashyaps, and other such. There is a feeling in Samajwadi Party that it might give more tickets to non-Yadav OBCs in the coming elections.

The search for caste alliance is not limited to backward or Other Backward Caste (OBC) only even the upper caste, particularly Brahmins are now much in demand. Persecution of Brahmins is believed to be the new mantra of UP politics as Bahujan Samaj Party and the Samajwadi Parry have declared that if their parties return to power, they will order a probe into the atrocities being committed against Brahmins during the Yogi Raj.

At the concluding session of the BSP's Prabudh Sammelan, Mayawati declared that if she was voted to power, a Commission would be set up to enquire into atrocities and injustice done to Brahmins by the BJP government. She even claimed that injustice was also done during Akhilesh Yadav's regime and her the party will work to restore the "samman" of the Brahmins.

Remember, this is the same Mayawati whose party had coined the slogan "Tilak tarazu aur talwar, inkomaarojutteychaar" (Beat Brahmins, Vaishyas, and Thakurs with slippers). Such is her compulsion to appease Brahmins that she did not hesitate to go for identity politics when she accepted a trishul, conch shell, and a silver elephant, the election symbol of the party, as gifts during a Prabudh Sammelan from party leaders.

The Brahmins, who constitute around 10 percent of the vote share in Uttar Pradesh, have suddenly become very important in Uttar Pradesh. Not only opposition, even the ruling BJP has started looking for Brahmin icons to appease this politically important community. This was probably the first time when a ruling party celebrated the birth anniversary of Govind Ballabh Pant, a Chief Minister of an opposition party. Chief Minister Yogi Adityanath himself laid a wreath on the statue of the former Chief Minister.

Why are the political parties giving so much attention to this vote bank in UP? First, the Brahmins make up a significant size of the electorate, and secondly,their strong socio-political history helps in influencing opinions during elections. Thirdly, though Brahmins largely remain with BJP, they do not hesitate to switch sides.

The Brahmins can influence 104 assembly seats out of 403 seats. According to the Lokniti-CSDS survey data, more than half of the Brahmin electorate always voted for the BJP till 2004. However, the community's support for the BJP fell below 40 percent in the 2007 assembly elections when Mayawati's BSP won the majority. It stayed that way till equations changed in the 2014 Lok Sabha elections when the BJP got almost 72 percent of the Brahmins votes.The trend was repeated in the 2017 assembly and the 2019 Lok Sabha elections when the party got 80 percent and 82 percent of Brahmin votes, respectively. After these three elections, Brahmin votes are to the BJP what Yadav votes are for the SP and Jatav votes are for the BSP.

(The writer is Political Editor, Lucknow edition of The Pioneer.)