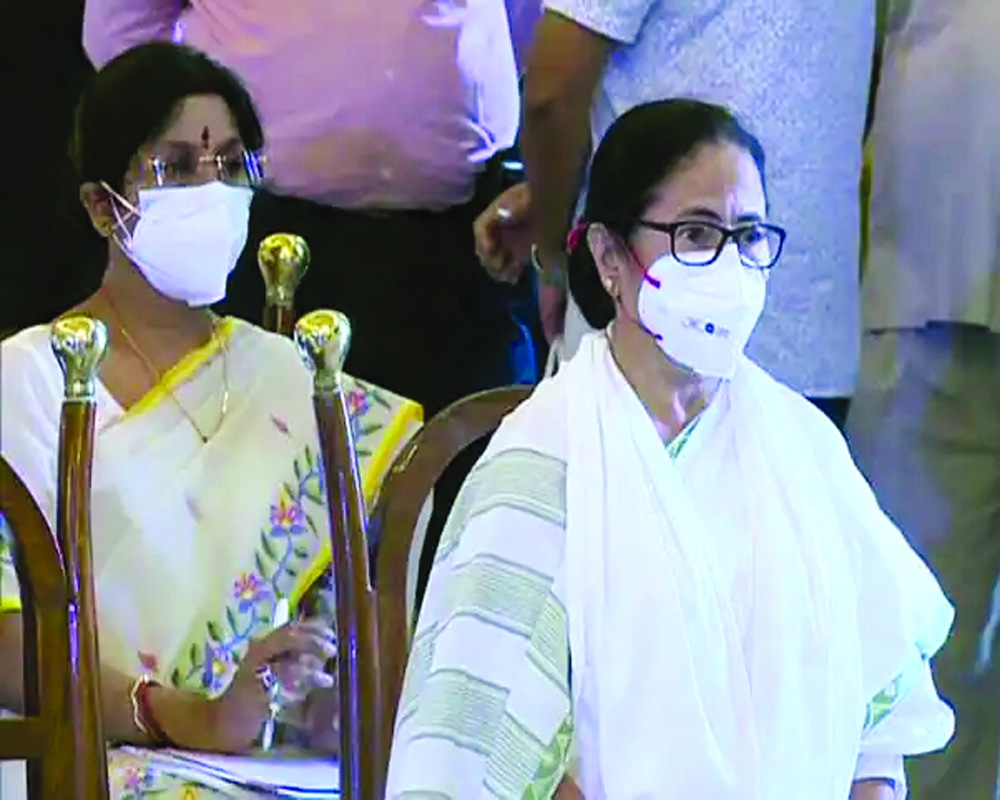 With Mamata Banerjee's latest demand, the revival or abolition of Legislative Councils has become one of political expediency

One more flash point has emerged between the Centre and West Bengal with chief minister Mamata Banerjee's cabinet last week deciding to revive the Legislative Council. It was one of her campaign promises. Banerjee had said that eminent people and veteran leaders who were not selected for assembly tickets would be made members of the Vidhan Parishad. In other words, she wants some more leeway for her patronage.

The revival or abolition of legislative councils has become one of political expediency. The Legislative Council is constituted as per Article 168 of the Indian Constitution. Currently only six states - Bihar, Uttar Pradesh, Maharashtra, Andhra Pradesh, Telangana, and Karnataka - have Legislative Councils.  Kashmir too had one, until the state was bifurcated into Union Territories of J&K and Ladakh in 2019.

Dr Bidhan Chandra Roy, Bengal's first chief minister after Independence, formed the Vidhan Parishad in 1952. When the Congress lost power in many states in 1967, the United Front coalition government in West Bengal got the council abolished in 1969.  Punjab followed suit, abolishing its Legislative Council later that year.

However, having or not having a Legislative Council has now become a political issue. Some argue that it can accommodate individuals and people of eminence who do not like to contest Assembly polls, exactly as Mamata Banerjee says. They believe that it can act as a watchdog and keep a check on hasty decisions. Those against say that it is a burden on the exchequer and it is normally used to rehabilitate politicians.

Creating or abolishing a Council has been a contentious issue for the last four decades in Tamil Nadu.The M.G. Ramachandran government in 1986 abolished the council to block the entry of the DMK chief M. Karunanidhi. Since then, DMK has made attempts to re-establish the Council, and AIADMK has opposed such moves. Now that the DMK is back in power revival of the council is on the cards.

The Congress in Madya Pradesh had passed a resolution in 1967 in the Vidhan Sabha but the resolution did not get the approval of the Centre. In 1993 and 2018 also the party promised a bicameral legislature but could not fulfil its poll promise.

The Odisha Assembly recently passed a resolution for a Legislative Council. Proposals to create Councils in Rajasthan and Assam are pending in Parliament.

The debate on the relevance of the council continues in political circles. B R Ambedkar argued in the Constituent Assembly comparing it to the curate's egg-good only in parts. The US 'Senatorial saucer' is also often cited. The story goes that when the then US President George Washington hosted a breakfast meeting with Thomas Jefferson who was against the senate,  "Why," asked Washington, "did you just now pour that coffee into your saucer, before drinking?"

"To cool it," answered Jefferson, "My throat is not made of brass." "Even so," re-joined Washington, "we pour our legislation into the senatorial saucer to cool it,"  resting his case.

Councils have also played a constructive role on occasion.

A deep study to find out the role of the council in enhancing the legislature process needs to be taken up. But creation or abolition of Councils should not become a frivolous decision based on the whims and fancies of the egoistic leaders and political parties.  A parliamentary standing committee has suggested framing a national policy but it may not be the best way forward.  Given these circumstances, it will be prudent to leave it to the states.

(The author is a senior journalist and political commentator. The views expressed are personal.)