Climate change and its socio-economic impact

Climate change and its socio-economic impact 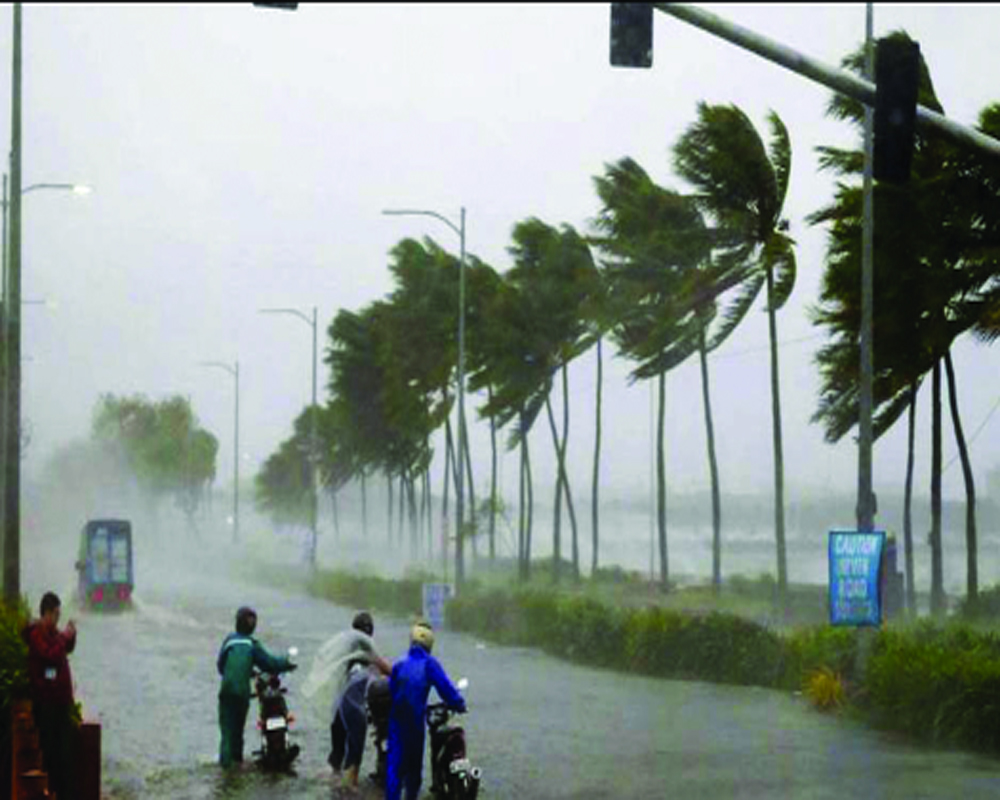 Climate change and poverty are part of a vicious cycle. The inability of the vulnerable sections to effectively mitigate climate change-induced impacts make them worse off

In South Asia, India has a huge role to play in the field of climate change, given the enormity of its industrialisation levels. In the 1970s and 80s, we had little clue about how climate change would impact India but one thing was amply clear that unequal development patterns between developed and developing countries and greed were the biggest polluters — eloquently voiced by then Prime Minister of India, Indira Gandhi.

As years passed, the Indian position at the United Nations Framework Convention on Climate Change (UNFCCC) revealed its domestic interests: Developing countries should not be bound by emission reduction requirements unless they were provided with the necessary financial and technological assistance to lower their GHG emissions and, such provisions to curb GHGs would not come at the expense of their development trajectories.

Gradually, sound economic growth of the country catapulted India into taking the leadership role, when in the COP-21 Summit, Prime Minister Narendra Modi announced the establishment of the International Solar Alliance (ISA). Visionary actions such as these can help bend the rising curve of global warming, provided they are implemented both nationally and globally. The overall objective of ISA, with its current 121 member countries located in the sunbelt — those between the Tropics of Cancer and Capricorn — is to work tirelessly in making solar energy available at affordable costs to all. This would require scaling up solar energy projects to meet growing energy demands and combat climate change.

The World Bank has released a report, 'Turn Down The Heat', on the likely impact of rising temperatures on agricultural production, water resources, coastal ecosystems, and cities. The report projected future scenarios in a world warmer by 2-degree and 4-degree Celsius.

According to their findings for India, extreme heat events will occur more frequently and cover larger areas than before. Western and Southern India are likely to shift to high climatic regimes, with cities reeling from the 'urban heat island' effect. The Global Climate Risk Indices for the past few years has ranked India as the worst-affected country due to heatwaves.

Secondly, dry years will become drier and wet years will become wetter, making the summer monsoon extremely unpredictable. It will trigger massive losses in agricultural production. Environmental extremes and meteorological events like tropical storms, cyclones, tornadoes, river floods, landslides, wildfires, and droughts are becoming common. Recently, the estimated loss due to damages from cyclones Tauktae (west coast) and Yaas (east coast) is to the tune of $5 billion, including infrastructure, electricity grids, agricultural lands, houses, and losses of precious human lives. Previous years have had other devastating cyclones like Amphan, Titli, and Gija.Drought years have led to massive declines in agriculture production. There are estimates that agricultural yields will start falling by the 2040s.

Thirdly, glaciers in the Himalayan ranges have been retreating. Alterations in glacial caps will affect the downstream population of the Indus, Ganges and the Brahmaputra plains.

These direct implications of global warming-induced meteorological and hydrological changes will have their bearing on the society and economic growth of India. Climate change and poverty are part of a vicious cycle as each entity reinforces the effects of the other. Climate change threatens to disrupt natural resource systems, thereby adversely impacting populations (farmers, fisherfolks, and Adivasi communities) dependent on these ecosystems. The inability of the vulnerable sections to effectively mitigate climate-change-induced impacts makes them worse off.

The prime impact is on agricultural production and food security. The yield of the wheat crop has already peaked in India. Rising water scarcity, sea-water intrusions and rising temperatures will threaten crop yields, jeopardize food security, and make India dependent on food imports. Crop failures and increased infestation of pests and insects are commonplace. It would not be an extrapolation to link farmers' suicides to climate change.

is also reeling under malnutrition and child-stunting. Increasing temperatures will enhance vector-borne diseases such as malaria and diarrheal infections- the prominent causes of child mortality — declining worker productivity, rising cardiovascular diseases, and deaths.

Water-sharing is already a contentious issue in South Asian politics. Water scarcity may further add to the pressure. Declining agricultural productivity and reduced farm incomes may result in heavy migration, either rural-urban or even transboundary. Such large-scale migration of people referred to as climate refugees may generate conflicts.

With the loss of forests and ecosystems such as mangroves and coral reefs, several ecosystem product provisioning will decline. These include medicinal plants and herbs. Ecosystem services provided by forests and mangroves such as climate moderation, water filtration, and clean air may reduce due to global warming-induced climate change.

The vulnerability of the people in India and South Asian countries is because of lower coping capacities that become further embossed because of low per capita incomes, social inequality, and poverty. A study by the International Labour Organisation (ILO) pointed out that South Asia is expected to lose five per cent of its working hours due to heat stress by 2030, corresponding to 43 million full-time jobs.

Non-economic losses refer to those losses which are not commonly traded in the markets but bear high relevance to those affected. These include loss of life and sea-level rise leading to losses in biodiversity and cultural heritage. Thus, there is a need to integrate these non-economic losses into decision-making processes to reduce the losses ex-ante. For these, historical analogs, remembrance and recognition, and oral histories provide valuable insights for UNFCCC's science-policy interface.

The way forward is to first provide the rural population of India with access to fossil-fuel-free clean energy to meet the basic energy demands of cooking, heating, and lighting. Two, eliminate the burning of agricultural waste and instead use the crop residues to produce renewable biomass fuels for energy and compost feedstock for healthy soils. Three, phasing out of diesel fuels by 2030 would prove to be effective in declining carbon dioxide emissions.

Four, need to accelerate soil's natural ability to absorb atmospheric carbon dioxide from the air through better land management. It would not only remove carbon dioxide from the air but also enhance soil quality and increase the yields of crops like rice and wheat. Five, a massive climate education program to educate high school and college students and foster indigenous knowledge on climate change. Six, a gender audit is needed of both micro- and macro-planning and program implementation, providing a platform for women farmers, community workers, students, and youth working on environmental issues. There is an equal need to strengthen climate and gender equality agendas by encouraging the participation of Adivasi and Dalit women and feminist experts in climate change.

(The writer is a Simi Mehta is CEO and Editorial Director, Impact and Policy Research Institute (IMPRI) andRia Mohal is a researcher atthe Institute.The views expressed are personal.