Closure and mergers: Mantras for Railways?

Closure and mergers: Mantras for Railways? 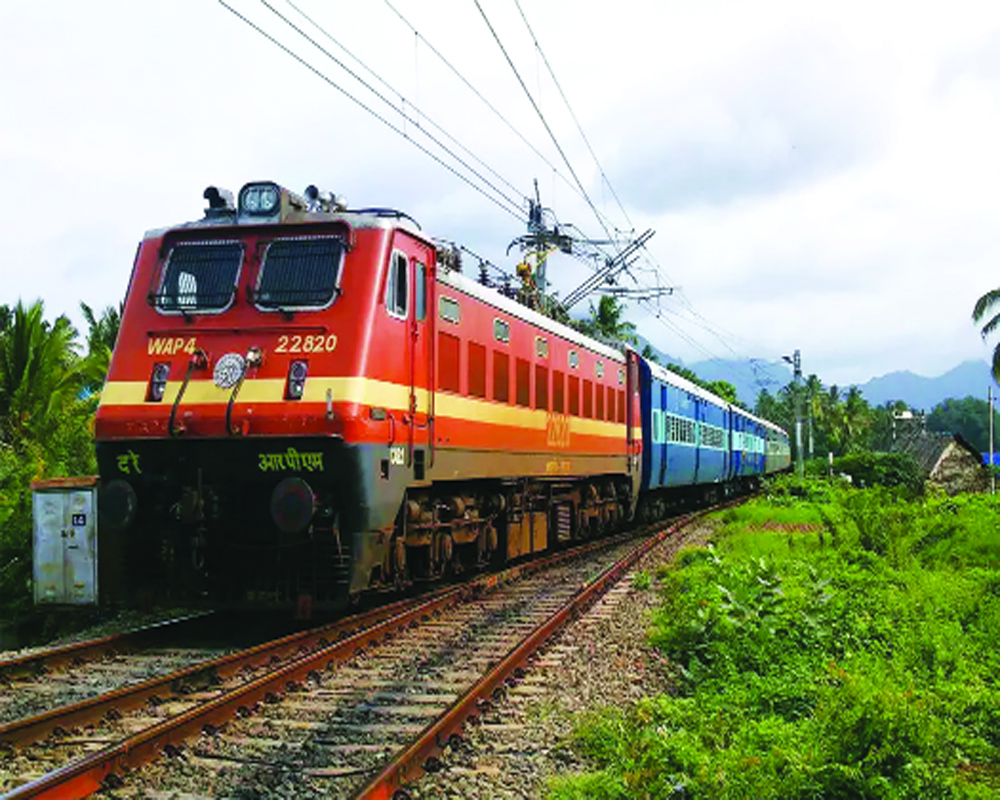 Reforms in the Indian Railways have been a subject of study for long. The most recent one was by the Debroy Committee appointed by the Modi Government in its early days in 2014-15. He was assisted by experienced civil servants and experts, including veteran private-sector manager, thinker and commentator Gurcharan Das. Its voluminous report was mostly ignored by the Government, except for the suggestion of doing away with a separate Railway budget. The railways is a behemoth which has resisted change ever since independence; it has a dismal record of first commissioning a study to recommend reforms and then letting its report gather dust. Another study consigned to the cooler was by the Rakesh Mohan Committee in 2002, which had recommended reforms similar to Debroy. Practically nothing was implemented.

In this backdrop, the sudden appearance of a report in mid-August (after Ashwini Vaishnaw took over as Railway Minister and closely following the announcement of Rs 1.5 lakh crore monetisation plan for IR assets) by Sanjeev Sanyal, Principal Economic Advisor in the Finance Ministry, listing 14 areas of rationalisations on IR, came as a surprise. While the suggestions leave aside major areas of reform (corporatization, re-structuring of IR, separation of operations and planning, etc.), they are a mix of some important ones, some trivial issues, and some impossible ones (beyond IR's competence, like, changing its vigilance structure).

Interestingly, IR has been quick in implementing two suggestions. While the decision to close down IROAF, a small organisation working on alternate fuels and technologies, had been anticipated for long, the announcement of closing down Indian Railways Station Redevelopment Corporation has come as a big surprise. Station redevelopment has had a high pitch from the government of late. This got highlighted further when Modi inaugurated the remodelled Gandhinagar station in July 2021. An official statement said: "Work on the redevelopment of 125 stations is underway. Out of this, IRSDC is working on 63 stations and RLDA on 60 stations. Investment for redevelopment of 123 stations allied real estate is more than Rs 50,000 crore, "This sudden closure of IRSDC has put a question mark on all this, and maybe put the clock back on IR's ambitions (although largely unattained) for monetisation of its land assets.

IR had been trying for two decades monetise its huge vacant land-bank of over 40,000 hectares, for which IRLDA — set up in 2006 as a statutory authority for this purpose - has had only a handful of successes, in spite of having attempted over 100 commercial development projects. Station development affords high-visibility as new infrastructure in vibrant parts of a city. Although included in RLDA's mandate, it is a multi-functional area linked with railway operations and higher potential for commercial exploitation and non-fare revenues. ISRDC was, therefore, set up as a JV company between RLDA and IRCON.Although there is no information about the rationale behind this sudden closure, the only reason appears to be that the Sanyal paper sawan overlap in RLDA and ISRDC working, and suggested that one of the two could be wound up. It is learnt that Zonal Railways shall be asked to do this work, but land being a very sensitive issue, few civil servants like to risk their Vigilance profile in handling it and therefore, field officers who have other more pressing works, are hardly likely to get better results, leave aside the desired outcomes. If their working overlapped, IRSDC could have been merged with RLDA. The cure, it would seem, is worse than the disease.

Sanjeev Sanyal is a lateral entry economist into the Ministry of Finance in an Advisory position. He has exemplary educational and professional credentials in the private sector, and few books to his credit. He has the mandate to study various ministries with a free and open mind. That gives him a free-wheeling licence for selective suggestions, which he seems to be making, at times, without taking a holistic view.

As stated earlier, some suggestions by Sanjeev Sanyal pertain to trivial, non-core areas of Railways' working. Closing down schools, withdrawal of patronage to Institute of Rail Transport and Indian Railway Welfare Organisation, reorganization of IR's Zonal and Centralised Training Institutes, upgrade of hospitals, recruitment, etc. may happen easily but are not of major consequence.

However, a few of the suggestions, especially regarding some other CPSEs do require an involved analysis. He has suggested mergers of Railway PSUs IRCON and RVNL;a nd merger of Braithwaite (a wagon builder) with RITES. IRCON, RVNL and RITES are all recently listed, profit-making companies. Liberal economics require such companies to strive with minimal interference of the ministry, allow their Boards to take business decisions and work for the benefit of its shareholders (including retail, public investors). Having said that, RVNL-IRCON merger may not be a bad idea, because their domains are similar-Civil and allied infrastructure. A better idea would be a strategic sale. Incidentally, the strategic sale of IR's CONCOR is hanging fire for more than two years on account of a petty, inter-ministerial issue of deciding land lease rates.

The proposal of merging Braithwaite with RITES (a wide spectrum transport consulting and services company) is quite absurd. There is surplus wagon building capacity in the country.  Burn Standard, another of IR's wagon building CPSE, was earlier closed down by this government. Braithwaite would readily be bought over by a private entity. There is no logic of saddling RITES with a business totally diverse from its core strengths.

An important suggestion is about rationalizing IT initiatives on IR. However, the suggestion of merging RailTel — a listed CPSE — and CRIS — an autonomous Society —  with IRCTC, which is also recently listed, may not be desirable. RailTel, an infrastructure, not an IT, company, has no synergy with IRCTC. Through CRIS, IR owns a widely used software for passenger reservations, some propriety software and significant in-house competencies; it is limited by its governmental structure and IR should look to unlocking its value by its merger with IRCTC, sale to another premier IT company or it being allowed to mutate into a company as an independent IT services provider in the transportation sector. A hasty decision, without thorough examination of the subject, may turn out to be sub-optimal.

Similar suggestion of winding up COFMOW, of nearly 50 years' standing in M&P planning and procurement, appears to be casual, ignoring its role in centralized technical and procurement work for IR's factories and workshops, something which field officers are never able to do fruitfully. The proposal to corporatize the 8 Production units of IR into CPSEs lies in limbo; it would be a major reform and the government should show firm resolve to take this forward, like it has shown in case of corporatizing ordnance factories.

IR requires major reforms in its structure. Merging its different cadres to break the silos of departmentalism, raising revenues, rationalising capex, reducing unit cost of transportation to face road/air competition are major challenges before it. Half- hearted attempts, nibbling at peripheral issues will divert attention like it happened after the announcement of Indian Railway Management Service (IRMS) with much fanfare, which so far has turned out to be much ado about nothing. The Government needs to take a quick holistic view before IR sinks into being another big guzzler of taxpayers' money.