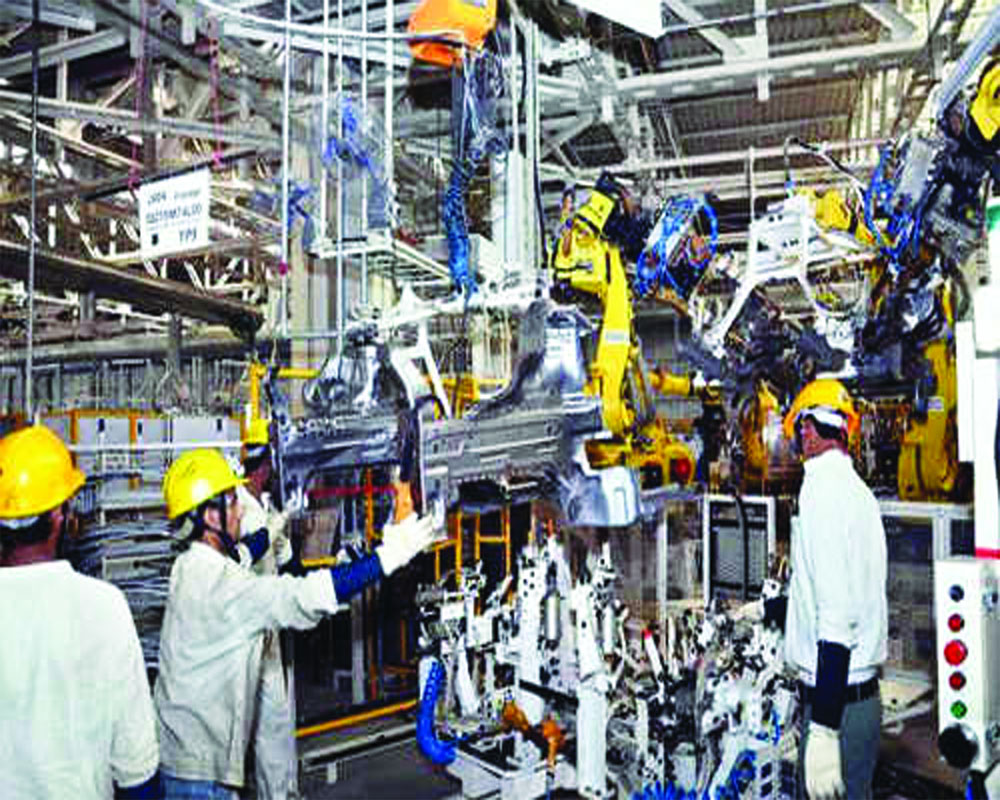 Besides informal sectors, the lower strata of society and daily wage workers faced the greatest impact due to social distancing as well as reduced household income

The second wave of the Covid-19 pandemic has taken a vicious toll on India's health, but the economic toll has also been heavy, though nothing like the carnage seen in the first quarter of the last fiscal year, when GDP growth crashed 23.9 per cent in response to the Centre's no-notice lockdown. India's GDP shrank 7.3 per cent in 2020-21 (in real terms adjusted for inflation). This is the worst performance of the Indian economy in any year since Independence.

Almost all the sectors have been adversely affected as domestic demand and exports sharply plummeted with some notable exceptions where high growth was observed. A major concern of the second wave is that the virus has spread into India's hinterland and could wreak havoc in villages, towns and small cities. Lockdowns may help break the chain of transmission, however they will just postpone another surge unless the gap period is utilized to vaccinate the people.As of now, the country's GDP growth is likely to be below the expected 10 per cent.

To complicate the situation further, the wholesale price-based inflation shot up to an all-time high of 10.49 per cent in April, on rising prices of food items, crude oil and manufactured goods, and experts believe that the uptrend is likely to continue. This is the fourth straight month of uptick seen in the wholesale price index (WPI)-based inflation. In March, 2021, it was 7.39 per cent.

Centre's flagship welfare schemes have kept pace despite slowdown. Schemes like MGNREGA, Ujjwala, NSAP and PM Awas Yojana have seen a big jump in both physical and financial achievements in FY21 as additional succour was provided by the Centre to people affected by Covid-19. Merchandise exports surged a record 196 per cent year-on-year in April as the country had witnessed a Covid-induced lockdown throughout April last year. However, what comes as a pleasant surprise is that even in absolute terms, exports in April stood at $30.6 billion, up almost 18 per cent from the same month in 2019 (before the pandemic struck).

In these times, the suffering of the common man can't be penned in words. As mentioned before the wholesale price-based inflation has jumped to double digits. There has been a sudden surge in prices of edible oil and pulses. In the past few weeks, tur prices in retail markets have been over Rs 7,000 per quintal, which is almost Rs 1,000 more than its 2020-21 MSP. Urad prices are ruling even higher, at around Rs 8,000 per quintal. The market price of moong is also near its MSP of  Rs 7,196 per quintal. To keep retail prices from rising further, the central government on Saturday allowed free import of tur, urad and moong. The move, following a gap of three years, comes weeks before the beginning of sowing for the kharif season.

Fuel prices in India continued to inch towards the Rs 100-mark. The spike in diesel prices have contributed to a growth in freight rates across ways of transport. High transport cost leads to increase in higher inflation, impacting industry. High fuel prices will have an impact not only on people but also on the automotive sector - a large source of employment in the country - as vehicle sales may see a sharp drop. A contraction in demand will impact lakhs of MSMEs that supply goods to the sector. The public transportation sector is already mulling a hike in rates in view of rising operational costs.

Firming international crude oil rates and extremely high taxes levied on fuel are the key reasons behind the latest round of petrol and diesel price hike in the country. The biggest reason behind higher fuel prices in the country is the high rate of central and state taxes. Even when international crude oil prices plummeted in 2020 due to lower demand, Indians kept paying higher rates for petrol and diesel due to the various taxes levied. At the moment, Indians pay one of the highest taxes on fuel in the world.

This pandemic has taught many money management lessons. It hurts the most when your loved ones fall sick and the financial strain to ensure that they get the best medical care makes the hurt a double whammy. This blow, at a time when a large section of the working population has witnessed pay cuts and job losses too, adds to the pressure. As if these were not enough, work from home and focus on hygiene and wellness have simultaneously increased routine monthly expenses for many families.

Most Indian corporates expect the ongoing pandemic to influence the direction of their business strategy over the next three years.What is striking about the trends in high-frequency unemployment rates is their volatility throughout the Covid-19 period save those during absolute lockdown. The volatility has some implications for the labour market and earnings. This confuses people as to whether to enter the labour market or not. This could rather lead to 'discouragement effect' in the sense that people might be dropping out of the labour force far more speedily than they did before. Also, they disrupt the earnings of workers which would have led to two effects, dis-savings (exhaustion of the cash reserves and may be pawning of small assets) and resorting to fresh borrowing which could be weaker and thereby they may end up paying usurious interest rates. As informal sectors were impacted in terms of job losses, the lower strata of society and daily wage workers faced the greatest impact due to social distancing as well as reduced household income.

We are all aware of the flurry of activity at the start of the current financial year: interest rates on small savings schemes, of which the post office schemes are a part, were reduced drastically through a government notification, on March 31. The very next day, the order was withdrawn and the erstwhile rates were maintained.As per a historical decision of the government, the rate of interest on small savings schemes are aligned with the government security (G-Sec) rates of similar maturity with a spread of 25 basis points (bps), with certain exceptions.

But there is a huge gap in existing interest rates in comparison to the general existing formula. Currently the Post Office Savings Deposit rate is at four per cent, whereas interest rates on many small saving instruments are higher, like in National Savings Certificate (NSC), Kisan Vikas Patra (KVP), Term Deposits, etc. The next review is due on June 30. In case the rates are revised downwards, it is advisable to lock in at the currently available rates, where applicable, by June 30.

''The prospects for the Indian economy, though impacted by the second wave, remain resilient, backed by the prospects of another bumper rabi crop, the gathering momentum of activity in several sectors of the economy till March, especially housing, road construction, and services activity in construction, freight transportation, and information technology (IT),' RBI said in its annual report.

We will continue to see a surge in the gig economy across all sectors. Furthermore, organisations will be tempted to move away from legacy models of hiring by choosing performance over pedigree. Our growing reliance on collaborative tools and technologies, such as artificial intelligence, machine learning, and cloud computing, will yield new skill sets and roles in the coming years.

The author is a GST specialist and analyst. The views expressed are personal.