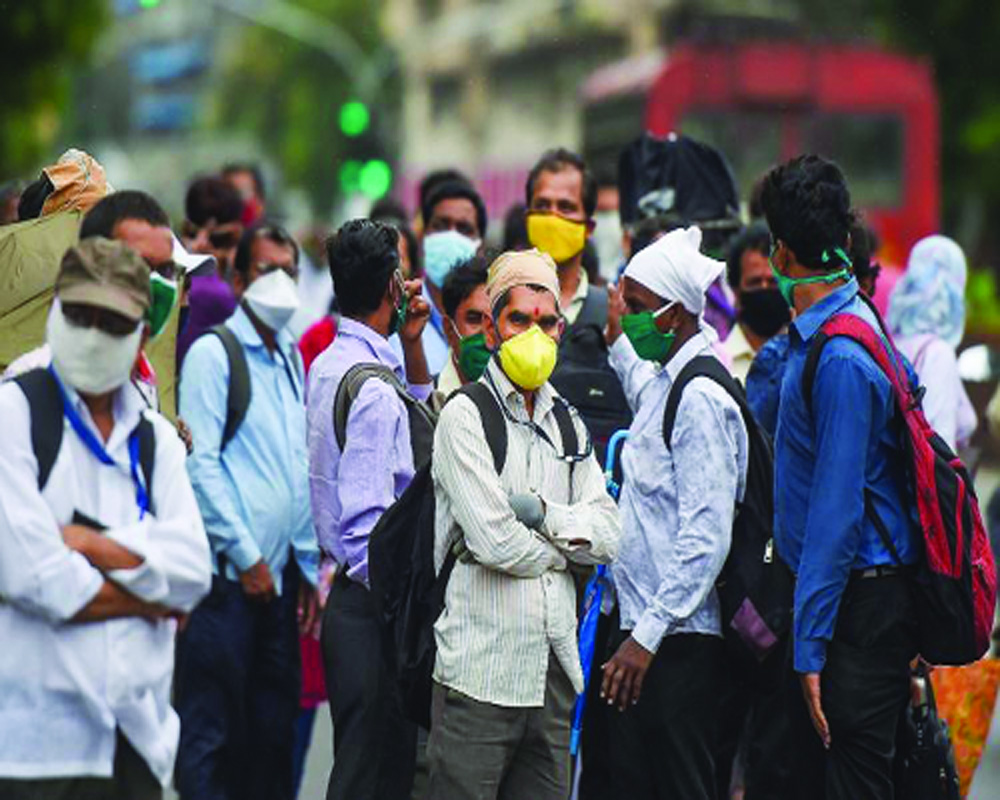 Contrary to expectations, active cases are on the rise, especially in Kerala and Maharashtra

The new year had brought relief to India from the pandemic and, as late as February 11, the country had been consistently following a declining slope of COVID-19 active cases with the load dropping to 1.41 lakh and 33 States and Union Territories reporting less than 5,000 active cases. This, combined with the world’s largest vaccination drive in the country, had given people the hope that we would soon be seeing the end of the outbreak that had crippled our ailing economy and resulted in major salary cuts, job and business losses and long periods of isolation and mental distress for millions of Indians. However, last week seems to have dashed all hopes of recovery from the contagion as we are seeing a surge in Coronavirus cases again. India has reported close to 87,000 infections in the last seven days, with the highest addition on Sunday when the country saw 14,264 fresh cases within a span of 24 hours. More worryingly, India now has all three Coronavirus variants that have caused a massive resurgence of cases globally, i.e. B.1.1.7 that was first discovered in the UK, B.1.351 which is dominant in South Africa and P.1 from Brazil. These have a unique collection of mutations, which make them spread more readily or cheat vaccine immunity. Even though there has been a spike in daily cases in Chhattisgarh, Madhya Pradesh, Punjab and Jammu & Kashmir, Kerala and Maharashtra are the major worrying factors as they are bearing the brunt of the new strains, with over 74 per cent of the nation’s active cases in the two States.

While in the last month, the average weekly cases in Kerala have fluctuated between 34,800 and 42,000, weekly positivity in the State has ranged from 13.9 per cent to 8.9 per cent. In Maharashtra, too, in the last four weeks the cases have increased from 18,200 to 21,300 and weekly positivity has increased from 4.7 per cent to eight per cent. The areas of concern are mainly in suburban Mumbai where the weekly cases have risen by 19 per cent. In Nagpur, Amravati, Nashik, Akola and Yavatmal, the weekly cases have increased by 33 per cent, 47 per cent, 23 per cent, 55 per cent and 48 per cent, respectively.  This has led to experts warning that the new strains could be highly transmissible and dangerous and could even cause re-infections in people who have developed antibodies to the virus. In fact, AIIMS Director Randeep Guleria has warned that herd immunity is a “myth” in the country because at least 80 per cent people need to have antibodies for the whole of the population to be protected. So what it effectively means for a poor country like ours, which is highly populated and where a large part of the populace does not have medical insurance, is that we cannot let our guard down till we have seen the last of this pandemic. Either we follow the rules or suffer yet another surge of the dreaded pandemic. The choice is ours.