Create change with your craft

Create change with your craft 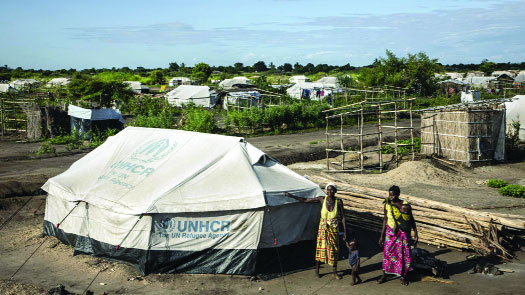 Health outcomes are numbers at best, but bringing meaning to them through visuals is what matters

As a film-maker, I am best known for empathetic storytelling and using the camera to bring audiences into worlds they would never have access to otherwise. In 2016, I was determined to tell the story of the perfect maternal health outcomes at the Al-Zaatari Refugee Camp in Jordan, told through the eyes of a six-year-old girl as she was about to become a big sister. I pushed for filming permissions, crowdfunded to cover my production costs and created the award-winning film ‘Six-Year-Old Fears’ that went to festivals and was broadcast internationally. The crowning achievement was at the United Nations General Assembly in 2016 when a short version of the film was screened for a discerning audience, and the Jordanian Government pledged to continue their partnership with the United Nations Population Fund, (formerly the United Nations Fund for Population Activities), that aids and runs that clinic. This was just the beginning of the ways in which I would use my film-making skills to help advance policy agendas, because it is true, that we, as humans, need to “see it, to believe it.” Health outcomes at their best are numbers but bringing meaning to those numbers through visuals is what can create real change within large systems.

It’s not as simple though as turning on the camera, letting it roll and putting the footage together. I am sure many of us have sat through videos that struggled to have the impact the creators so desired. They may have done a good job making a visual representation of the numbers at stake but they lacked the story that created a human connection to those numbers.

And sometimes, the numbers don’t touch the surface of the disasters at hand. In 2019, I was filming in Mozambique with a woman who survived Cyclone Idai. She took me to the new land the Government had given her to replace her home that was destroyed, as the other thousands of displaced people in the area had also received. What they had not received though, was any support in the form of a shelter to put on that land. When I raised my drone into the sky to get a scenic shot of the land, it was unlike any refugee or other displaced camps I had been in because for the thousands of people there, on my screen I could see maybe a dozen or so tents. I was surprised and shocked. Visually, the numbers just didn’t add up. Sometimes what is not captured on camera is just as impactful as what is seen on it.

It is no secret that people need to see something to believe it, but that is proving to be inadequate these days, what with fake news, misinformation and oversaturation of information in general on social media and elsewhere. Anyone can believe something once they have seen it, but what will inspire a person to act is how they see it — not just an ambush of information and images but as a story that will inspire anyone to take action anywhere in the world. This is because the most powerful thing about a good visual story is its ability to cross borders and resonate with everyone from the general public to the policymakers. This is what aspiring film-makers who have a touching story to tell must do. They must let their craft do the talking. After all, a picture is worth a thousand words and if it helps someone in the bargain it is priceless.

(The writer is a global health film director and producer, colLABorate. The views expressed are personal.)