Democracy wins in the US, but...

Democracy wins in the US, but... 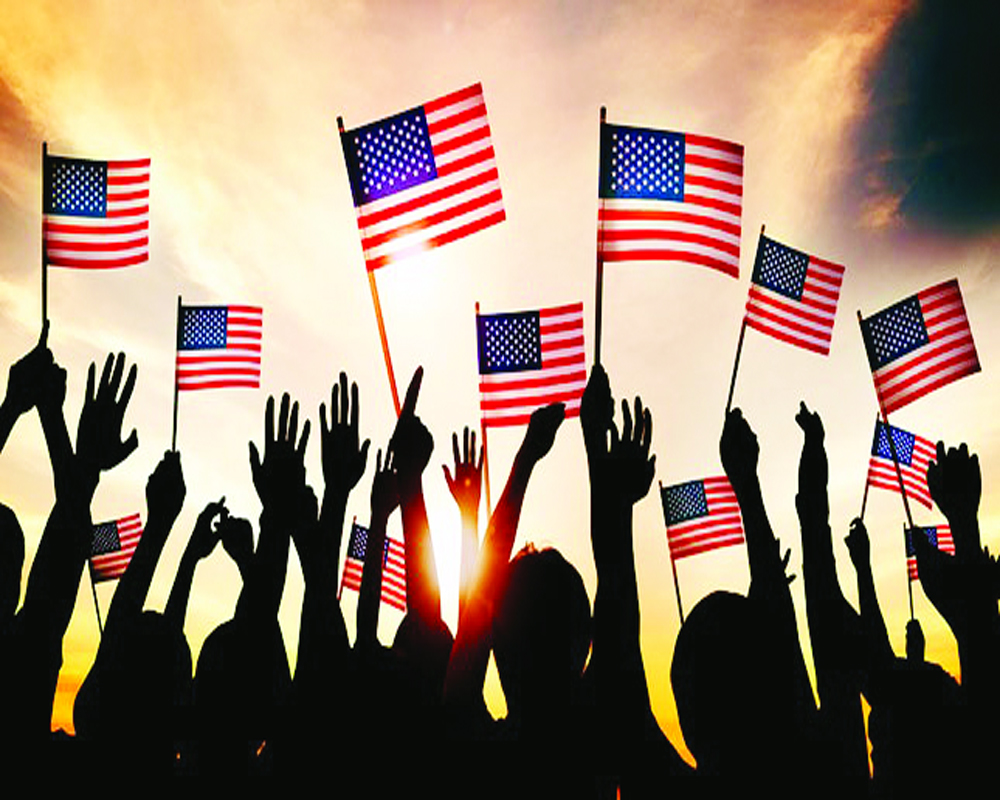 It is ironic that the person who promised to make America great again, could only prove to be an anti-thesis of the idea. Now that the old order changeth and there is a sense of relief, some issues need to be debated and discussed. Not with reference to some individual but in the context of the system. It was largely for this reason that the US Presidential elections gave no less anxiety the world over than the Covid-19 pandemic. Though coronavirus also had a role to play in the outcome, yet the US elections leave many a lessons to learn. The first and foremost is that it validated the hypothesis of Abraham Lincoln, one of the greatest US presidents. Yes, you can fool some people all the time, all the people some of the time, but not all the people all the time. Incidentally, he was from the same party as Trump, though they were poles apart in terms of their value system. And that made the difference. Even if you can fool some people all the time and all the people sometime, you can rule. That is how the world got to experience the likes of Hitler and Mussolini. They were able to fool a large number for a long time. Democracy is a workable system that rests on the principle of maximum good to maximum number. But there is an inherent weakness. Sometimes majoritarianism becomes the norm. Race or religion may create false sense of pride and make people believe in the unbelievable. Memories of Hitler’s rule in Germany still send chill down the spine and suggest how a democratic rule can become undemocratic. That the US could ward off this threat may give a sigh of relief to majority of Americans and most of the world, yet what happened on 6th January at the Capitol Hill is a grim pointer to the way a democracy can be distorted. If such a thing could happen in the US that claims to be a global champion of the cause of democracy, then what about countries that are on weaker grounds. There is a need to think over this issue deeply because one person can hold the nation to ransom and run amok. How to rein in such aberrations is a big question. Systemic checks and balances are very important. The strength and independence of various institutions determine the success of a democracy. Fortunately in the US there were those institutions that did not succumb to whims and fancies of one person. The judiciary and the media remained largely objective and even the sections of legislature, the republicans, refused to act like apparatchiks. Democracy is not leader driven. It is institution driven. The integrity of such institutions depends on values of individuals manning them. Chances of a leader going astray are always there but institutions must stand firm. The simple prescription is by putting right men rather than Yes men in places. It is meritocracy, thus, that can steer democracy. When self infatuated leaders start getting carried away by their own slogans institutions must act as a check. Slogans don’t make Nations great. It is the actions that matter. Actions based on sound reasoning and noble intentions. Democracies are fragile systems that can easily become totalitarian. Strengthening the institutions makes Democracy survive and thrive. Mr President has a task cut out for him. Democracy has survived. But it should thrive. For a more democratic and just post corona world order.