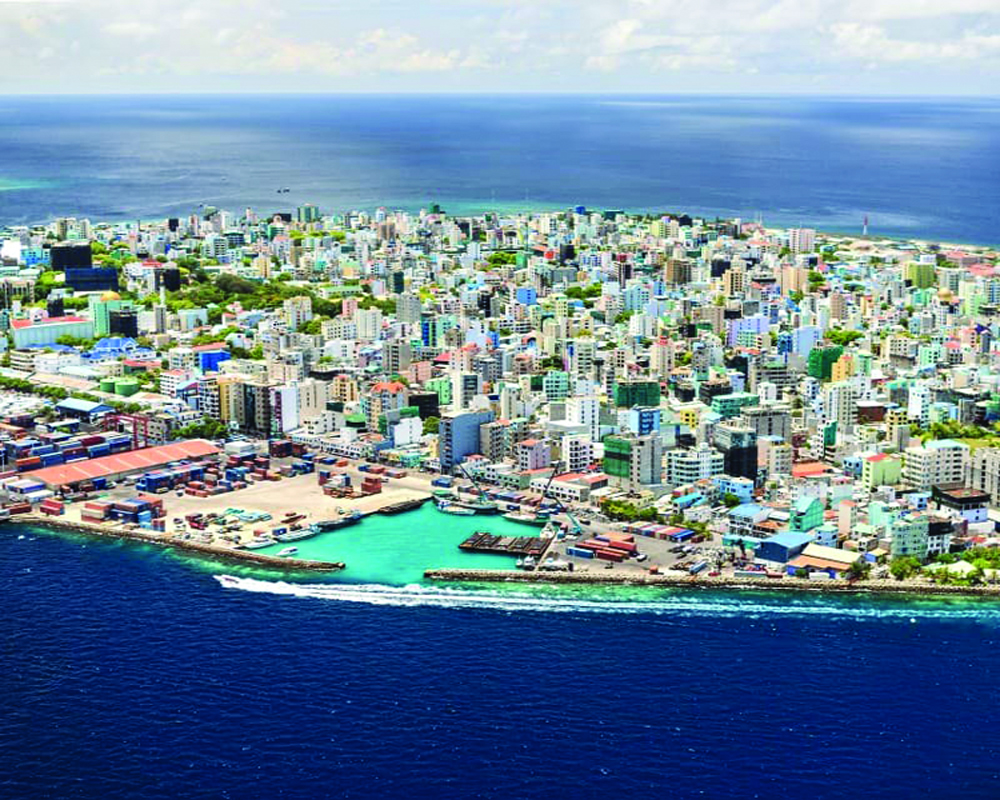 The field of urban development plays an extremely important role not only in developing infrastructure, but also in developing symbiotic international relations. With the city-sizes and urban population growing globally, 'development diplomacy' has been becoming more and more a crucial part of the foreign policies of developing nations. As a result, investment in urban development on bilateral or multilateral contours has a massive potential for a nation located as strategically as India.

The latest move of the Government to fund the largest ever infrastructure development (Greater Male Connectivity Project) in the Maldives is a conscious step towards tapping this potential.

Aimed at striking a win-win balance, the Greater Male Connectivity Project has various associated dimensions ranging from circular economy to population density and from corridor strategy of development to Indo-China relations.

Made up of around 1192 inhabited, uninhabited and even disappeared islands, the geographical story of Maldives is some what similar to that of Mumbai. With a thumping population of around 227000 (nearly 40 per cent of the population of Maldives) spread over an area of only 8.3 Sq. KM, Malé, the capital of Maldives is one of the most densely populated cities on the planet.  This emphatic population density amid land scarcity has subjected Malé to considerable institutional, infrastructural and financial strain.

To accommodate this decongestion sustainably, inducing the development in nearby islands is the most scientific way. As the current strain, geographical setup and need of decongestion are interlinked, establishing a concrete physical link between Malé and nearby islands may emerge as an effective solution. Such a connectivity may further foster the socio-economic growth as well as emerge as a significant economic corridor.

Understanding the importance of establishing an economic corridor between individual islands in an urban governance scenario as complicated as Maldives, India has proposed a mega connectivity project that will build a bridge establishing a direct link between Malé and three other islands (Villingili, Gulhifahu and Thilafushi). This project, named as the 'Greater Malé Connectivity Project' (GMCP) is set to change the destiny of Maldives, subject to effective implementation. Estimated to cost around Rs 3500 crore, the GMCP will enhance not only the intra and inter island connectivity but also the international connectivity given the proximity of the bridge towards the Velanainternational airport.

Out of the total cost, around Rs 700 crore will be outrightly funded by India whereas remaining Rs 2800 crore will be given to the Maldivian Government for lending it (Line of Credit) to the AFCONS (the Mumbai based company that will build this mega bridge). Further,  for providing the construction materials, human resource, technological support etc., only Indian companies will be assigned, meaning that the amount of Rs 2800 crore will get circulated only between Indians for a foreign project, on foreign soil.

The opportunity to pump such a huge amount into the Indian economy underlines tangible potential of the urban and infrastructure development sector.

Application of a similar strategy is being done in the planning and designing of the  GMCP that is suitable for the sustainable and resilient growth of Malé in the future where the population density and economic activities are distributed rationally.

After launching the Maitri Setu between India and Bangladesh, the Government of India is set to yet again trust the corridor development card for the GMCP. Not just abroad, but internally, the development of corridors such as Delhi-Mumbai Industrial Corridor (DMIC), Banglore-Mumbai Economic Corridor (BMEC),  shows the inclination of the present Government to undertake multi-scalar/ trans-scalar planning exercises for enhancing economic and infrastructural balance between two distant regions.

It is noteworthy, that, along with the provision of Covid-19 vaccines, energy efficient LEDs for Malé city and initiating multiple direct flights to Maldives, India is giving a rock-solid backup for the development of Maldives' largest ever infrastructure project. It highlights the Indian government's 'neighborhood first' policy, this time, by developing a bridge while bridging development.

(The writer is an Urban Planner. The views expressed are personal.)