Disturbing dissent in both national parties

Disturbing dissent in both national parties 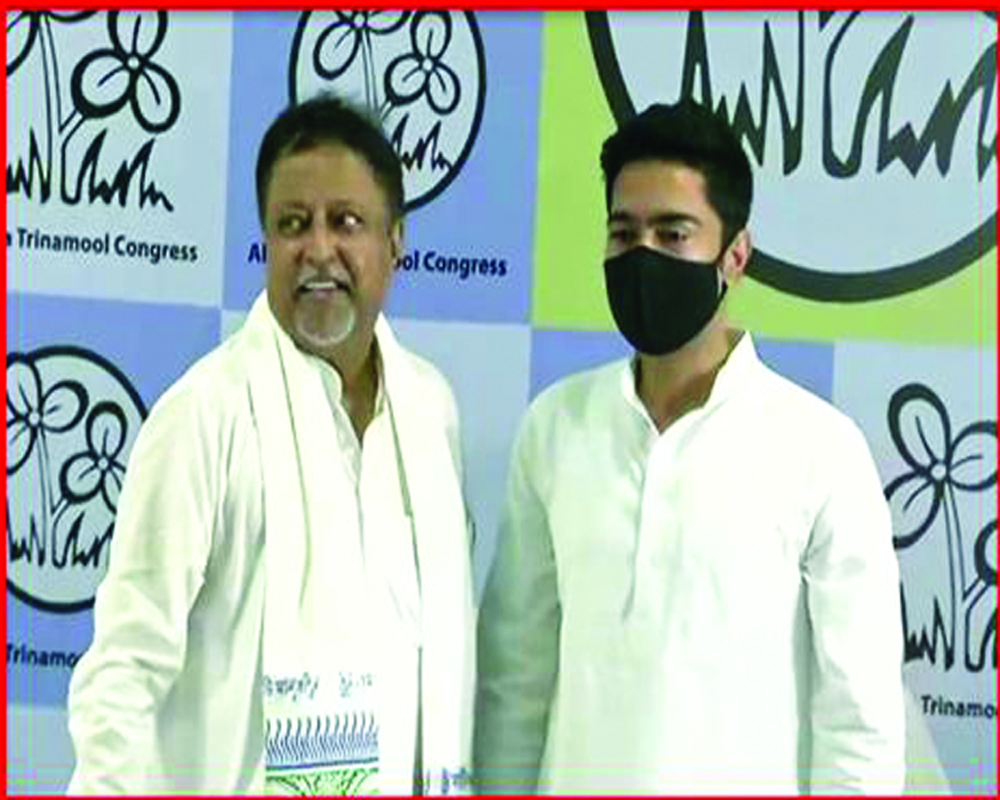 While the BJP, as the ruling party at the Centre, can crack the whip, the Congress, being in the Opposition, does not have that luxury

Both the Congress party and the BJP – the two main national parties- are facing internal problems in the states where they rule. The basic difference between them is the Congress is on the decline while the BJP is growing to replace Congress of the latter’s heydays.

Once proud of its exemplary discipline and organizational unity the BJP is at present facing internal feuds.  It is not that other political parties have not seen their leaders working at cross purposes. But it makes news when this happens in BJP.

Why is it happening when the party is claimed to be passing through a golden period in its history? Although Narendra Modi has emerged as the strongest Prime Minister since the days of Indira Gandhi,the second wave of the Coronavirus outbreak has dented his image though he continues to be popular. The vaccine policy, bed shortage, and oxygen shortage have added to the confusion. The Modi magic has not worked in the recent Assembly elections

The first problem is that the BJP has admitted many defectors in poll-bound states. There is heartburn among BJP workers that while they have been slogging for years those who entered the party yesterday are getting the rewards. This is what has happened in UP, Karnataka, Assam and Uttarakhand.

In UP the stakes are very high. In 2017, the BJP won a massive majority.  The dissidents have many issues.  A.K. Sharma, a retired Gujarat cadre officer who worked in the Prime Minister’s Office has been made an MLC early this year. He is expected to be made a minister soon. The old-timers see him as a threat as he has the ears of the Prime Minister. Some dissidents are demanding a change of chief minister. There is also some strain in the relationship between Chief Minister Yogi Adityanath and Modi.

As for West Bengal, the defectors from the Trinamool Congress are in the process of returning to the TMC starting with the BJP’s big catch Mukul Roy. In the past, he had been a blue-eyed boy of chief minister Mamata Banerjee. There are rumblings in the local BJP unit about the poll strategy.

Governance in Karnataka is suffering due to internal feuds. Chief Minister Yediyurappa is facing indiscipline and there is a demand for his replacement.

Dissidence in Tripura has once again reared its ugly head. A few MLAs, most of the Congress turncoats have been demanding Chief Minister Biplav Kumar Deb’s ouster. In Rajasthan, former chief minister Vasundhara Raje is refusing to heed the new state leadership.  All these go to show that all is not well with the BJP at the local level. However, these are not beyond control.

The Congress is at present driven with simmering discontent, mutual bickering, and intraparty disputes. When the leaders are weak, naturally, the state units are emboldened to raise their voice.

Only last August some 23 leaders including Ghulam Nabi Azad, Anand Sharma and B. S. Hooda had sent a letter to Congress president Sonia Gandhi seeking urgent reorganization of the party.

In Congress-ruled states of Punjab and Rajasthan rebels are demanding the removal of the chief ministers. Cricketer-turned-politician Navjot Sidhu has launched a scathing attack against Punjab Chief Minister Captain Amarindar Singh. The high command has decided to accommodate both factions in party and government.

Rajasthan faced a rebellion last year when Sachin Pilot raised the banner of revolt against Chief Minister Ashok Gehlot but he was pacified by the high command. Pilot is accusing the central leadership of not keeping its promises.

One by one ‘Team Rahul’ is getting dismantled. Two of Rahul’s trusted lieutenants Jyotiraditya Scindia and now Jitin Prasads have joined the BJP.  Sachin Pilot is debating whether to leave Congress. So is Milind Deora.

It is nobody’s case that there has never been indiscipline and factionalism in both parties. It is only a question of how soon these rebels are contained. While the BJP, as the ruling party at the centre, can crack the whip, the Congress, being in the opposition does not have that luxury. Today the Congress party’s chances of acquiring power in New Delhi in the immediate future appear bleak, and therefore different factions can make credible threats to exit the organization. How it deals with the dissidents is to be seen.

New parties are born when people get disenchanted with the existing parties. But internal problems arise because the party men feel there is no future for them in that party. It is for the party leaders to manage the emerging competition among the factions.

The author is a senior journalist. The views expressed are personal.