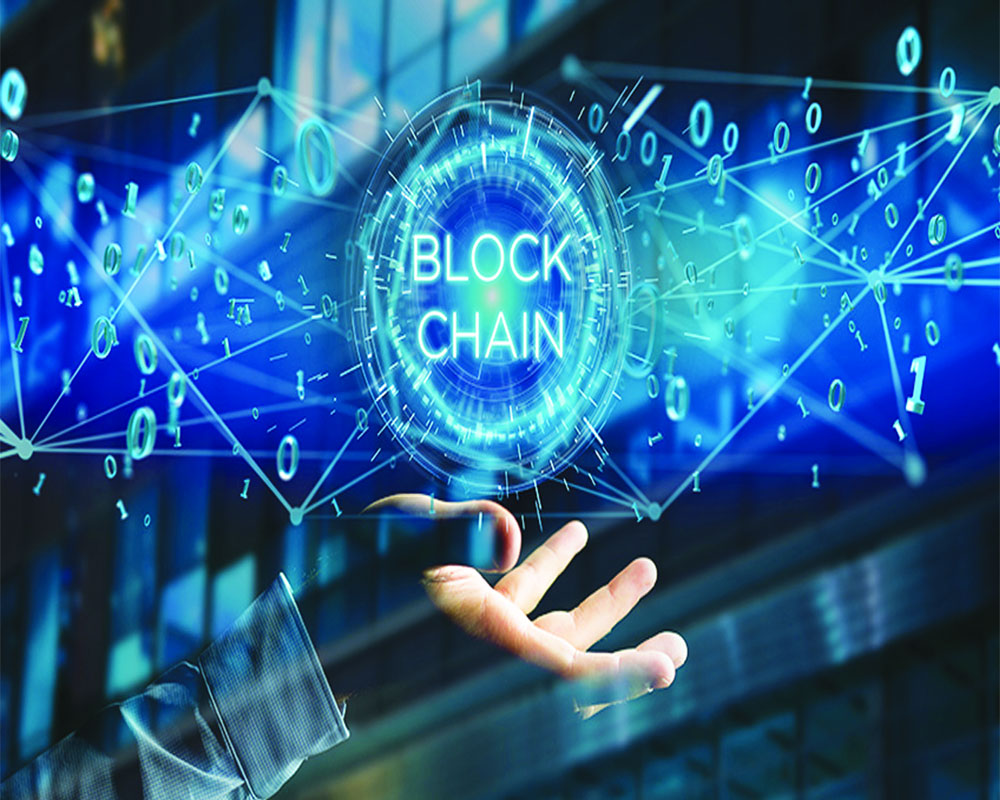 Blockchain technology is finding its relevance across trade and supply chains. Although it may not be the solution for every business objective, it has the power to change other industries, too

Blockchain is one of the latest technologies used in the business world. Though this technology was around since 1990s, it started gaining popularity in the last decade, with the advent of cryptocurrencies. Although it is fast gaining attention, its applicability to business needs to be comprehensively understood and its potential is still to be realised fully. The world is in the early stages of acceptance, testing and implementation of blockchain technology and there is still some time before it hits the mainstream. Blockchain is a type of database where data is stored in blocks which are chained together. Any new data is entered into a fresh block which is then chained to the existing data in a chronological order. Therefore, it differs structurally from any of the existing databases where the data is structured as tables and which is accessed either by an individual or a group of people. Although accessibility is easier, since data sets are owned and managed by businesses, they have control over statistics and they can be changed and manipulated to suit the firm’s requirements. This loophole is addressed in the blockchain technology and since information is stored in blocks, it becomes permanent once it is entered and remains part of a timeline, chained to other blocks of data having a precise timestamp.

There are four aspects of this unique technology. First, consensus of all the relevant users is taken and the information is updated only after the transaction is validated by all of them. Second, any transaction once approved, automatically gets created across ledgers for all the users. Permanency of records, or immutability, is the third aspect. Once the blocks are added, they cannot be removed. Fourth and the main aspect of blockchain technology is security, as only authorised users can create and access blocks of data. Although blockchain technology is mainly associated with cryptocurrency such as bitcoins, once the extent of its applicability is understood properly, it has the potential to transform how businesses operate and can develop exciting value propositions when different businesses work together as an ecosystem. New processes can be developed opening up fresh avenues to make merchandising more competitive. Blockchain technology can help businesses do some social good along with their regular activity. One of the fields where this new technology finds its application is in the food industry. The journey of food from farm to fork can be tracked using it. For instance, in 2006, the US had an outbreak of escherichia coli, particularly in spinach. It took the Government about two weeks to find the source of the bacteria and, in the meanwhile, tons of spinach was discarded due to the fear of the vegetable being contaminated.

Blockchain technology has enabled transparency in the supply chain, across different companies and their ecosystems, to precisely locate the origin of contamination. Several large companies like Walmart, Nestle and Unilever are using this technology to have more control on the quality of raw materials.

In one of the experiments conducted by Walmart, it was able to trace the origin of sliced mangoes back to the farm in 2.2 seconds using the enterprise blockchain platform. Earlier, such an activity using traditional methods to track the sliced mangoes to their origin would have taken approximately seven days.

The US Food and Drug Administration (FDA) recently adopted this technology for food labeling requirements to inform consumers about “added sugar” to the product. This makes it easier for companies producing end products to track the suppliers of ingredients through the information recorded in the blocks, thereby saving both time and money.

In the present age, information has a very special place and protecting its privacy is another important application of blockchain technology. Important information like user identity, passwords, address, Permanent Account Number (PAN), bank details and so on, are spread across the internet, leaving us vulnerable to data theft.

Out of 3.2 million fraud cases reported to the US Federal Trade Commission (FTC) in 2019, nearly 20 per cent were related to data and identity theft. According to the 2019 NortonLifeLock Cyber Safety Insight Report, around 40 per cent of Indian consumers have experienced identity theft and have lost approximately `1.2 trillion in 2019 due to cyber crime.

Blockchain technology finds its application in securing the data of individuals by providing privacy of information. Instead of having a central database, which is the current practice, a blockchain ledger acts as a digital rights management system providing relevant permissions to access required information. For instance, if information related to age is required, then only that statistic is released instead of additional data like address and so on. Since information is not present in the form of a central database, it’s vulnerability to theft is drastically reduced.

Blockchain technology also makes the tracking of digital information difficult because of three-layered secure data exchange. The data seeker, data provider and the network operator do not know each other. Going forward, this may be the best strategy to protect consumers’ data and ensure privacy.

Supply chain is another invisible area which has a huge impact on the operations of any business. Any interruption can lead to an overall disruption. Blockchain technology provides increased transparency by providing participants increased visibility across all activities in the supply chain. It also builds a resilient system, pre-defining business conditions, so that contracts are automatically kicked-in when these conditions are fulfilled.

This technology also streamlines the addition of any supplier or vendor into the business, which traditionally is a time-consuming activity. Using the unique aspect of immutability, the process of recording new vendor details in a trustworthy manner, is less time consuming. Other industries where blockchain technology can provide transformational opportunity are banking and financial markets, insurance, risk management, the healthcare industry, research and clinical trials, commerce, retail management, media and the automation industry, to name a few.

Globalisation is the mainstay of today’s world with ever-increasing cross-border trade and business. However, the missing link is trust. This lack of confidence can also lead to disruption in traditional business models, which are usually process related and have several stakeholders. Blockchain technology can bring about a transformational shift by developing faith between the parties.  Such new business models have been used by companies like Uber, Airbnb and Netflix. Although the potential of blockchain technology is immense, there are certain challenges. This know-how is not mature as yet and it may take some time for it to evolve further. A cue can be taken from the fact that internet technology is still making advances after being introduced four decades ago. Other challenges includes the readiness of businesses to adopt this technology and their ability to find a value proposition in it, ensuring the correct governance structure, and placing the correct team to lead the adoption of this know-how.

Additionally, the feasibility of adopting blockchain technology may also be limited due to Government policies, business environments, laws, regulations and bureaucratic red tape. A complex governance structure can lead to ambiguity, interruptions and higher expenditures. In the same vein, blockchain technology adoption in the public sector is mired in delays and has a higher risk when compared to private or hybrid participants.

Blockchain technology is already finding its relevance across industries, like finance, cross-border trade and supply chains. Although it may not be the solution for every business objective, it has the potential to transform other industries as well. Many business leaders want to know the direct correlation between using blockchain technology and improved sales growth or competitive advantage. Blockchain technology, because of its unique characteristics of immutability, transparency and trust, opens up new ecosystems and business models and fresh opportunities for revenue generation.