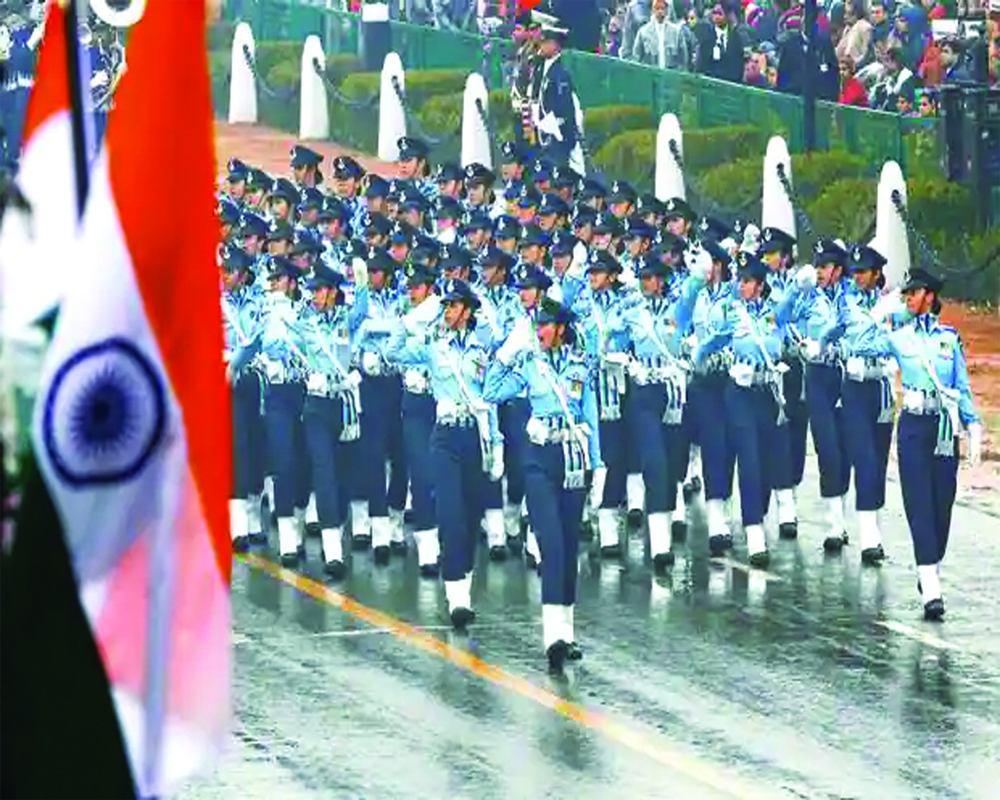 With the Supreme Court allowing women to take the NDA exam, their induction gets closer to reality and will add value to the military

On August 18, 2021, a Supreme Court Bench of Justices SK Kaul and Hrishikesh Mukherjee passed an interim order allowing women candidates to sit for the National Defence Academy (NDA) entrance exam to be held in the first week of September. They further stated that the “policy decision to bar women from admission to the NDA is based on gender discrimination”. This ruling follows the earlier one by the Bench of Justices Chandrachud and Rastogi directing the Government to ensure women Short Service Officers are given permanent commissions in Army, including command postings.

Indeed, while women constitute 48 per cent of our population, their representation in the military is just 0.56 per cent, 1.06 per cent and 6.5 per cent in the Army, Air Force and Navy, respectively. It clearly reflects a patriarchal mindset which, by any standards, is unacceptable in this day and age in a democracy such as ours. In fact, it makes little sense to restrict women’s entry mainly to the officer cadre and must indeed be extended to cover Personnel Below Officer Ranks (PBOR) as well.

While the Supreme Court must be commended for its progressive approach, one hopes that our lordships’ approach towards the issue spills over to the judiciary as well. After all, it is indeed reprehensible that even after seven decades of Independence, a mere three per cent of our judges in the Supreme Court have been women and we are unlikely to see our first woman Chief Justice till the latter part of this decade, if at all.

Over the past few decades, given that we live in a nuclear armed neighbourhood, the very nature of warfare has undergone a transformation and conflicts rarely cross the threshold into a no-holds-barred conventional war. In such an environment, “Grey Zone” tactics or “Hybrid Warfare” is the norm, creating its own set of complications and challenges. Countering these tactics requires a nuanced approach, which is where gender diversity within the military will give additional flexibility and options to surmount the challenges it faces, especially in large urban settings.

It is a rather sorry reflection on the state of the military leadership, especially of the Army, that continues to remain hidebound and conservative. Its emphasis has been on stalling women’s entry into its ranks instead of concentrating on formulating a viable HRD strategy that allows their induction to add value to the organisation. If they had been proactive, they would not have found themselves in this difficult position, browbeaten into adopting shortsighted ad hoc measures that will have serious repercussions.

The Army leadership has aggravated the problem by diluting standards that women candidates have to meet to successfully graduate from the Officers Training Academy. As former military veteran and colleague Shivaji Ranjan Ghosh writes in a viral social media post: “There are no gender-neutral battlefields.” He adds: “The battlefield is an unforgiving place. It does not understand decency and civilised behaviour, and it does not give consideration to physical or physiological differences. Mountains do not get any less steep, nor does the enemy stop firing because the adversary is not a male like him. Simply because the female soldier underwent diluted standards of physical fitness does not give her the right to slow down her comrades nor compromise their safety because she cannot keep pace with them. It does not give her the right to seek privileges or special dispensations on account of her gender, because she has already demanded and been given equality when she demanded her right to enter the battlefield.”

This is a reflection of the true state of affairs and not an attempt to belittle women or cast doubts on their courage or capabilities. Throughout our history, there have been innumerable women who have shown courage, resolve and leadership in equal measure. The exploits of Rani Abbaka Chowta of Ullal, who defeated the Portuguese in three major battles before being vanquished, along with the legendary Rani Lakshmibai of Jhansi, Rani Rudramma Devi of Warangal, Rani Chenamma of Kittur and hundreds of women who served in the Rani of Jhansi Regiment of the Azad Hind Fauj (INA) come to mind.

The Army leadership now faces a couple of stark choices. If women are to form an integral part of the organisation with similar career prospects as available to men, including command of units, then all personnel must be judged from their training onwards by universally applicable criteria with regard to physical standards and service profile, regardless of gender. It then does not matter which training establishment they have graduated from, be it the NDA, IMA or the OTA.

If it is not found to be feasible, then it may be appropriate to raise a women’s corps on the lines of the Rani of Jhansi Regiment or the Military Nursing Service, which will have its command, staff and supervisory appointments held by women from within their cadre. Their utilisation, whether in combat, combat support, logistics or administrative role will have to be specifically identified along with career progression avenues, as well as opportunities to be selected for the “General Cadre”, if deemed suitable. One thing is clear,

status quo is not an option.