End of an era for an aviation marvel

End of an era for an aviation marvel 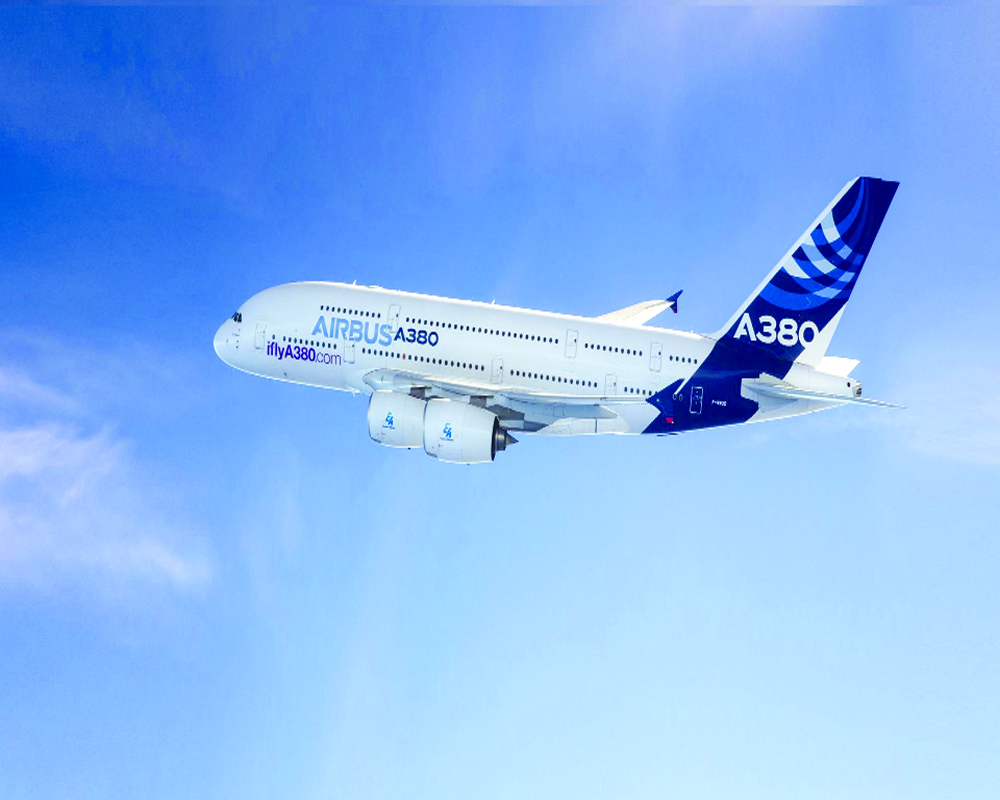 The largest civilian transport aircraft ever built, the Airbus A380 has ended its production run. Why did this giant plane not succeed?

On March 19, 2021, an Airbus A380 emerged from the final assembly line in Toulouse, France. Like 250 similar aircraft before it, it took to the air comfortably, its gigantic wings lifting 350 tonnes of weight off the ground. The Airbus A380 may not be the prettiest flying machine ever made, but just like champion weightlifters, this aircraft does it effortlessly. In fact, fully loaded and fuelled up, the Airbus A380 can lift a massive 575 tonnes and fly for 14-15 hours, as it regularly does in service with the Dubai-based Emirates between the Arab Emirates and west coast cities in the US. But this flight was special not because it was travelling a short distance to the northern German city of Hamburg to be painted and kitted out, but because it was the last Airbus A380 to leave the Toulouse factory.

Twenty-one years since the Airbus A3XX project was launched and after 255 aircraft were built, not including the one that was built for ground-testing only, the manufacturing story of the world’s largest passenger aircraft came to an end. Thanks to the plane forming the backbone of Emirates, which ordered almost half the production run, and to which this final aircraft will also eventually go, the Airbus A380 is likely to remain in service for at least 10-15 more years. However, some of the earliest built A380s for first operator Singapore Airlines and one of Emirates’ oldest aircraft are already being scrapped.

Ironically, both Air France and Lufthansa, the flag carriers of France and Germany, the nations that build most of the plane, have withdrawn from service 10 and 14 aircraft, respectively; some of the German carrier’s planes being just six years old. Of course, this is more due to the COVID-19 pandemic, but it is likely that the A380 might not return to service with many airlines, for example Thai Airways — which is in a financial pickle thanks to tourism dropping off a cliff — is mulling selling some of its fleet of six A380s. Other airlines that operate its small fleets, like Australia’s Qantas and British Airways, have given a vote of confidence to the aircraft and plan to bring it back into service once demand picks up.

Airbus had in 2000 predicted the need for over 1,000 new “Very Large Aircraft”. This market survey was the basis for the European company spending billions of euros developing the aircraft along with both direct and indirect subsidies by European Governments, including the UK, where the massive plane’s wings are manufactured. It is estimated that over the lifetime of the aircraft, developmental costs crossed 14 billion euros, or $16.75 billion. Rival American manufacturer Boeing was more pragmatic, having once considered a full twin-deck aircraft like the A380 that could have been based on the 747 or developing a design study called the MD-12 from McDonnell Douglas, a rival firm that it had acquired. Boeing’s survey around the same time predicted the demand for just 320 such aircraft and while the American firm did a quick update on the venerable 747, calling it the 747-8 with an updated wing, modern engines and a longer fuselage, this passenger version of the aircraft did not even top 50 sales, although Lufthansa is keeping the 747-8 around while retiring the A380. But with Airbus cancelling the A380’s freighter version, Boeing dominated this segment with the 747-8 version. While demand has tapered off, it is a twist of fate that the Boeing 747 production line will actually continue till 2022, 53 years after the “Queen of the Skies” had her first flight.

Besides, several other issues doomed the A380 as a commercially viable project. For one, there was a monumental software cock-up where different versions of software used at different production facilities led to huge complications in wiring. With over 350 km of wiring cable on the A380, the inability to connect on different segments led to workers hand-wiring the first few aircraft, starting a cascading series of delays in the first flight and production. The aircraft’s first flight took place in 2005 and the first delivery in late 2007 to Singapore Airlines, just before the 2008 meltdown dealt a body blow to world travel.

However, the 2010s were a golden era for international travel. While Emirates most notably took the A380 to new heights, even fitting a shower cubicle in the First Class, most other airlines took a pass on the giant jet. As Boeing had predicted, it was the “middle market” aircraft, planes seating 250-350 passengers, that drove the market. These aircraft were smaller, had only two engines and with incredible ranges they managed to create a host of new routes that bypassed traditional hubs such as Heathrow, Frankfurt and Paris. Direct flights between India and the US finally became possible, thanks to the Boeing 777 and 787. Even Airbus joined in the revolution with the Airbus A350, despite backing the A380 for years.

Cities like Dubai are a natural hub and the A380 will not go out of service anytime soon. At some major airports like Heathrow, which have limited slots, the A380 will continue to make sense. But as designed it belonged to a different era, an era when large jets between major airports were the norm. Maybe in the future, a very large aircraft will again be needed to cope with rising passenger numbers and the need to balance travel with environmental concerns. It is a great piece of engineering and an aviation feat that we should marvel at, but it was not a plane of its time.