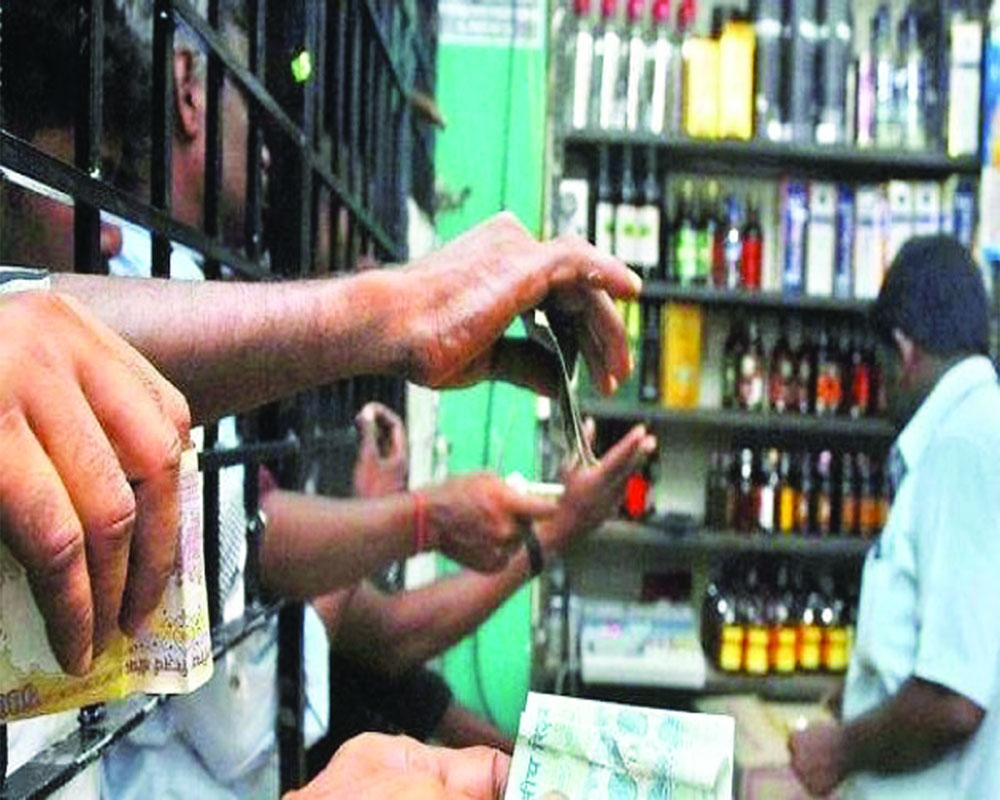 As a global city Delhi has a lot going for it: The broad, tree-lined roads; the colonial-style facades of the Connaught Place area and the majestic Central Vista; Mughal grandeur and history and four UNESCO World Heritage sites; some of India’s finest public parks and a world-class metro rail system. Inextricably linked with these sights are the images of long unruly queues outside liquor shops. Yes, this is a common plight for Delhi’s consumers and the situation has just got worse over the years.

For millions of consumers, a visit to a liquor shop is far from a pleasant experience. Unruly queues, dimly lit shops resembling cages, stores that do not give receipts or even carry bags and a “take it or leave it” attitude of the sales staff gives one a sense of doing something illegal. Delhi was voted among the top 10 popular travel destinations in 2019 by Euromonitor. This implies that the city offers a good, international standard travel experience to discerning guests. The proverbial fly in the ointment however, is the lack of a good liquor ecosystem for purchase of spirits. I have personally seen tourists horrified when they see what it takes to buy a pint of beer off a retail store in the Capital.

As a consumer, I see these as symptoms of a deeper malaise. When things are this wrong, there must be an incorrect approach in the fundamentals of the policy. It is fairly obvious that a shortage of retail outlets will make for longer queues outside shops. If customers are facing problems then it clearly means that the number of shops is not adequate to meet the demands of consumers at a particular location. So, there clearly is a need for more shops in more locations across the city. It is a well-known fact that Government-owned retail outlets provide abysmal services, where the store staff is neither motivated nor incentivised to serve customers. Government-owned hotels, emporiums, shops and transport services all bear testament to this fact.

Another worrying aspect concerns the dated legal drinking age restrictions mandated in Delhi’s antiquated excise policy. A young adult who enters college and is eligible to vote and drive at 18 and start working and get married by the age of 21, is legally not permitted to drink until he turns 25. This really doesn’t make any sense. Tales about the drinking age in India are told the world over, and not in a complimentary way. College students cannot consume liquor legally in Delhi but if they cross over to neighbouring Noida they can do so freely. In fact, there are different legal drinking age rules all over the country, as the policy is independently framed by each State.  These are just pointers to how consumer unfriendly liquor policies across the country are.

In Delhi, it’s no secret that consumers drive across State borders to pick up liquor at cheaper rates, which causes huge revenue losses to the State Government. All it takes is to have parity in pricings and allowing consumers the right to choose.  For a woman consumer, the pain points are multifold. Only private liquor shops provide an ambience where women can actually buy liquor without feeling insecure. All this clearly goes against making Delhi a world-class tourist destination and hampers the growth of the city.  Moreover, it is bad economics and unfair to citizens who pay taxes for getting good infrastructure.

A change in Delhi’s liquor retail ecosystem is long overdue and should be based on a pragmatic approach of lowering the drinking age, increasing the number of retail outlets across locations and having more private shops, where consumers have a pleasurable shopping experience. Also, there is a need to provide consumers with a wider choice instead of forcing brands on them. Addressing these pain points will go a long way towards making millions of consumers happier and keeping the liquor revenue in the Capital.

(The writer is an angel investor and business strategist. The views expressed are personal.)