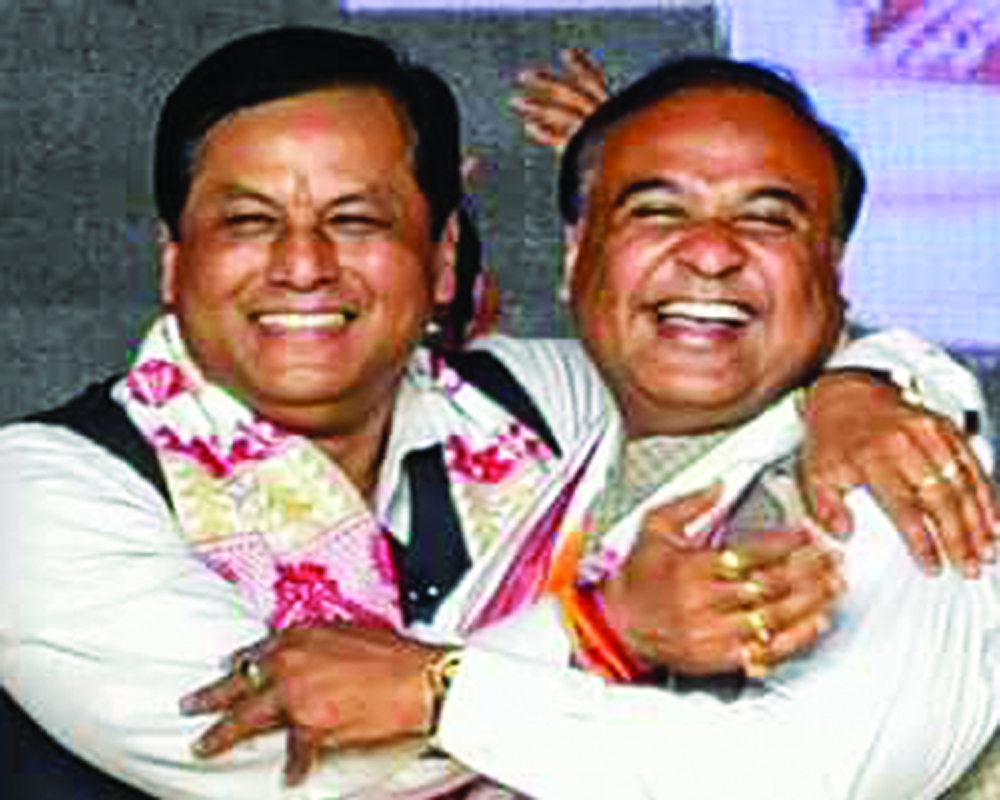 In an indication of the future, the BJP uproots the popular Sonowal from the Assam CM's chair

When the BJP’s leadership didn’t outright project Sarbananda Sonowal as its chief ministerial face ahead of the Assam Assembly polls, it was clear to everyone that the issue will be decided after the polls — and Himanta Biswa Sarma was in with more than a  strong chance. Sonowal ran a largely successful Government as the Chief Minister, ran a corruption-free Government and faced several tricky challenges without many slip-ups. When a man like him, who played a key role in the integration of the tribal votes with the BJP’s Hindutva support base, was not deemed fit to be projected as the CM, the writing seemed clear on the wall. The formality took nearly four days of negotiation and deliberation on the part of the central leadership before deciding to hand over the State’s reins to a man who, despite all his experience and financial muscle, carried the legacy of scams and corruption. After all, before Himanta switched over from the Congress in 2015, he was being probed by the CBI in more than one corruption scandal. That a party like the BJP, which places such high premium on probity and ideological mooring, would reward such a person with the chief ministerial office shows a major shift in the saffron outfit’s policy. No doubt, Sonowal is a non-controversial, popular figure who led the BJP’s poll campaign in 2016 and brought the party home by ousting the well-entrenched Congress regime. But Sonowal had to pay the price for not being as suave, politically crafty and a man of the masses as Himanta.

Sonowal also lacked a godfather like Amit Shah in Delhi. The tribal leader also lacked influence outside Assam, whereas Himanta has played a key role in putting the BJP’s footprint in the entire Northeast. By hook or by crook, he ensured that the BJP emerged as the main player in the region. While Sonowal was undoubtedly a popular tribal leader, Himanta could wear many hats at the same time. Himanta was seen as the architect of the BJP’s impressive show in the Northeast in the last Lok Sabha elections and also hailed for his handling of the anti-CAA agitation and the pandemic. Meanwhile, Sonowal has been offered a Cabinet berth in the Modi Government but it’s not yet clear whether he wants to accept it. It’s known that he is very unhappy with the treatment meted out to him. His next move has to be watched carefully. If he chooses to return to the Centre where he held the Sports portfolio before becoming the Assam CM, then the BJP leadership could breathe freely. Otherwise, he would remain a serious challenge to Himanta with the backing of the various tribal outfits and legislators. The fact that someone like Himanta, who undoubtedly is a resourceful leader of the Northeast, had to  leave the Congress after being "insulted and humiliated when Rahul Gandhi made him wait for hours", shows that the current plight of the Congress is of the making of its own. Himanta’s elevation will no doubt hurt Sonowal, but it will hurt Rahul much more.