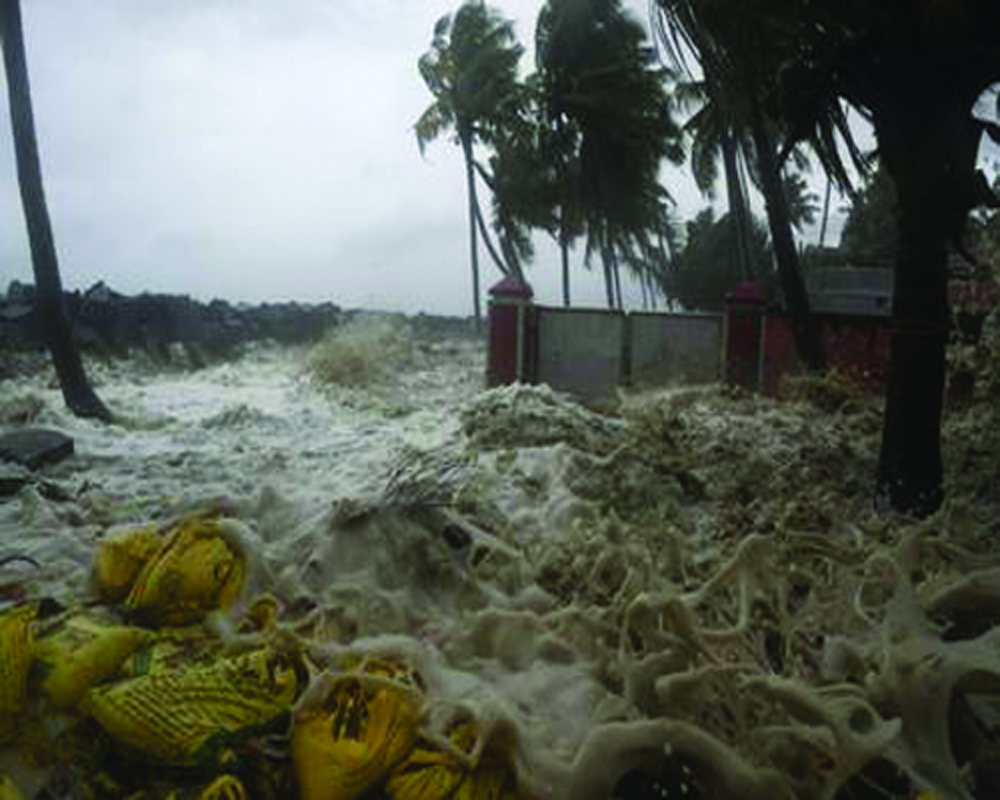 Despite warnings and alerts from the IMD,  official response in Kerala has been missing

Monsoon, the subcontinent’s unique weather phenomenon, has inspired writers ranging from Kalidasa to Alexander Frater. While the former integrated the beauty and romance of monsoon in his 'Meghdoot', Frater informed the world about its vagaries and how it impacted the socio-economic lives of millions in his travelogue 'Chasing The Monsoon'. Till the early 1970s, the monsoon used to pass over the Indian landscape in an elegant pattern. But over the last few years, the monsoon’s fury has started striking Kerala, and India at large, quite regularly. The year 2018 saw nature at its worst, claiming hundreds of lives and devouring thousands of houses and acres of farm lands in God's Own Country. Kerala was under the spell of heavy rains and winds over the last few weeks and this took a turn for the worse as the depressions in the Bay of Bengal and the Arabian Sea developed into downpours and heavy winds. Warnings issued by the Indian Meteorological Department and the local Cochin University of Science and Technology do not seem to have been noticed by the persons who govern the State. Officials have confirmed that rains and landslides claimed more than 30 lives till Monday.

This is going to be the pattern of monsoon in coming weeks and months, according to Prof S Abhilash, Department of Atmospheric Sciences, CUSAT. He says there is a change in the pattern of rain distribution, intensity of rain and cloud structure. There has been no dearth of warnings and weather alerts from the IMD but something is missing in the official response to these timely bulletins. The cloudbursts and landslides are being seen as the fallout of the wanton destruction of the fragile ecosystem in the State. Since the 1960s, the rainforests were slaughtered to build dams and facilitate planting of cash crops like rubber and spices. P K Ramachandran, a veteran botanist with Rubber Board, laments over the report he made which made the Government to promote planting of rubber in thousands of hectares of rain forests. Policy makers forgot the State’s proximity to the sea while the ecological devastation of Western Ghats led to flood and fury becoming regular events in Kerala. The land known for its serene nature has taken a vengeful persona, proving yet again that any unregulated action and irresponsibility by mankind will not go unpunished by Nature.